The overall aim of the study is to assess the potential social harms and abuses associated with oral HIV self-testing among male and female adults aged 15-49 years in Kenya.

HIV/AIDS remains a leading cause of morbidity and mortality in sub-Saharan Africa. Women and youth aged 15-24 years are disproportionately affected by HIV. The majority of those living with HIV/AIDS (69%) as well as the largest proportion of new infections (72%) are in sub- Saharan Africa. The percentage of the general population who are aware of their HIV status is less than 20%, a factor that may be contributing to the large numbers in new infections each year relative to other regions of the world. In response to preliminary findings indicating relatively high approval and potential acceptance of oral HIV testing, this study aims to assess and quantify perceived social harms and abuses that may arise from widespread availability of oral HIV testing kits. Using both qualitative and quantitative approaches, the study will explore potential social harms that could emanate from self-testing in the study population, identify potential strategies to mitigate these harms, and assess the factors associated with social harm perceptions. A comprehensive review of the literature on social harms associated with diagnostic self-testing will also be conducted. The results of this study will inform the designing, development and implementation of HIV prevention and control strategies targeted at promoting the safe use of oral HIV testing kits as an alternative to conventional avenues of HIV testing. 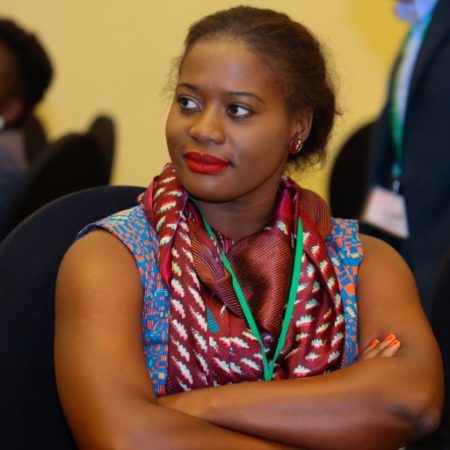 Dr. Estelle Sidze is a maternal and child health specialist…