It is estimated that about 40 percent of all pregnancies in developing countries are unintended, that is, not wanted at all, or occurring at a time different than desired. Of these, almost one half result in an abortion, of which about 55 percent (or 21 million per year) are unsafe abortions, leading to an estimated 47,000 deaths per year.

To reduce the burden of unintended pregnancy, especially for poor and marginalized women, the UK Department for International Development (DFID) is supporting the scaling up of access to family planning and safe abortion services.

Adolescent SRH indicators underscore the importance of implementing comprehensive school health programs. For example, although the median age at first sexual intercourse has increased from 16 years in 1993 to 18 years in 2014, about 11 percent of girls and 20 percent of boys aged 15-19 years reported initiating sex by the age of 15 in 2014. Further, the 2014 Kenya Demographic and Health Survey report showed that approximately 18 percent of adolescents (15-19 years) had begun childbearing with the proportion of girls who had begun childbearing ranging from 11 percent among girls with secondary education to 33 percent among girls with no education.

Improving young people’s health demands urgent effort at both county and national level. Based on research from STEP UP, the Nairobi City County, together with its partners, developed the Nairobi City County Plan of Action to Strengthen School Health Programming. Its overall goal is to implement comprehensive, age-appropriate programs as outlined in the National School Health Policy to reduce early and unintended pregnancy among students from 17% to 5% by 2025.

Successful implementation of this Plan of Action is expected to improve the health status of the children and the community. It will also address equity and improve the learning environment for both boys and girls including those with disabilities and special needs. Children with improved health will participate and perform well in education and also promote health resulting in a healthy and productive nation. 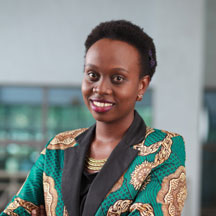