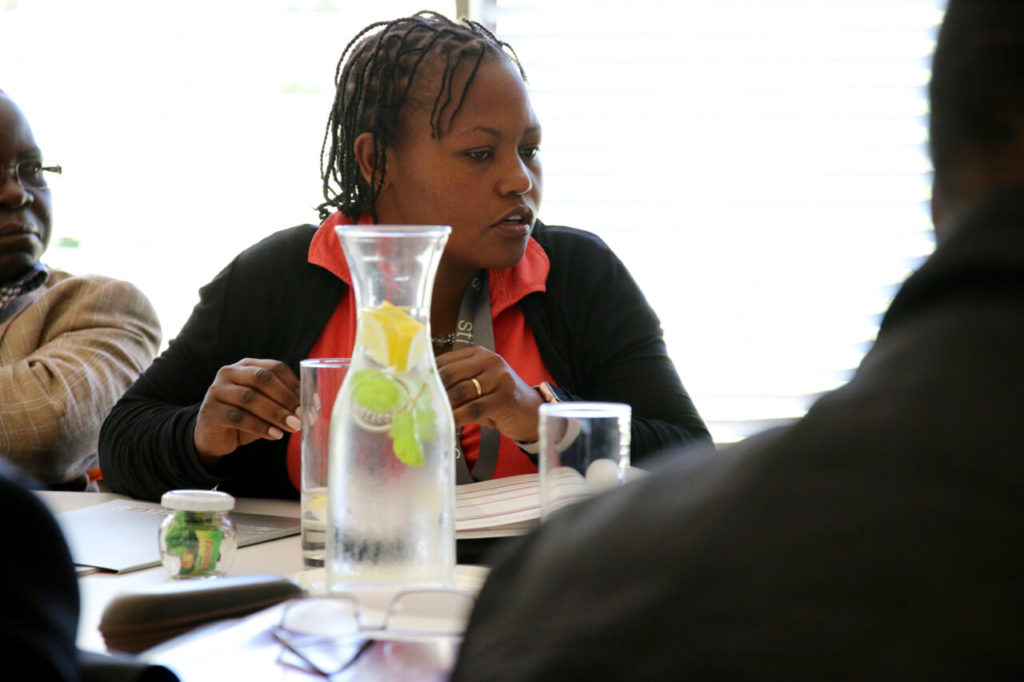 By Michelle Galloway via STIAS

Individual knowledge is not enough – macro-level policies and interventions are needed in urban poor settings in Africa.

“Despite high awareness, only a small proportion of mothers in urban poor settings breastfeed optimally,” said Dr Elizabeth Kimani-Murage of the African Population and Health Research Center based in Kenya. “In urban poor settings in Kenya, barely 2% of children are exclusively breastfed for six months.”

Kimani-Murage was reporting on an observational quantitative study following up about 5000 mothers with young children born between 2006 and 2010, and a follow-up qualitative study in 2012 to fully understand the reasons behind the poor breastfeeding practices in urban poor settings. The qualitative study was conducted in two urban slum areas of Nairobi – Korogocho and Viwandani. The interview groups included women and men of different ages, ethnicities and religions. Kimani-Murage presented this work at a workshop on the Developmental Origins of Health and Disease (DOHaD) & Sustainable Development Goals (SDGs): Moving Towards Early Implementation in Africa hosted by STIAS in September 2016 (see details here).

“These are two densely populated areas with poor housing, livelihood opportunities, water and sanitation,” continued Kimani-Murage. “There are also high levels of HIV (12%); high levels of teenage pregnancy (15% of 15 to 19 year olds have a child); and high levels of infant mortality (52 per 1000 live births compared to 39 for Kenya as a whole).”

“We know that early undernutrition is associated with adverse short and long-term effects on child health, development and survival,” said Kimani-Murage. It is also associated with increased morbidity and mortality later in life due to increased risk of obesity, non-communicable diseases and mental health conditions, as well as motor development issues.

Kimani-Murage and her co-researchers were therefore eager to unpack in detail the reasons why women in urban poor settings in Kenya don’t breastfeed optimally as the earlier study had identified poor infant-feeding practices in these settings. “Our study found that close to 40% of infants are not breastfed immediately after delivery, only 2% are exclusively breastfed for six months, and 15% stop breastfeeding by one year.”

“General awareness regarding optimal breastfeeding practices exists in urban poor settings,” she continued. “However, this knowledge is not translated into practice.”

The study found that even if the women had some knowledge about the advantages of breastfeeding, a complex set of factors influenced their decisions to implement the information.

“Women in urban poor settings face an extremely complex situation with regards to breastfeeding due to multiple challenges and risk behaviours dictated by their circumstances and context,” added Kimani-Murage.

Based on the interviews and using an overarching framework of individual, group and society-level factors, the researchers grouped these reasons into poverty, livelihood and living conditions; early and single motherhood; poor support; poor knowledge, myths and misconceptions; and, HIV.

There was general consensus by the majority of respondents about the need for exclusive breastfeeding. However, they indicated that there were social and structural barriers and constraints that made it impractical for them to breastfeed.

The main reason is food insecurity. As one of the study respondents put it succinctly: “If you haven’t eaten yourself, you are unable to breastfeed.”

“There was a general feeling from the community that mothers do not eat enough food and therefore are not able to produce enough milk,” added Kimani-Murage.

“Another main barrier to optimal breastfeeding is limited livelihoods and the nature of work. Women, often working as casual labourers, have to resume work shortly after delivery, and struggle to find time to breastfeed as their work conditions are not conducive. If the mother is working and earning money for food, she may not be physically available to breastfeed,” she said. “Expressing breast milk is not a common practice and even if mothers know about expressing milk they may not have facilities for optimal storage such as fridges.”

Many children are also born at home and therefore the mother does not have access to professional health services and guidance on infant feeding.

“Many of the mothers are also teenagers and go back to school leaving the baby with their mothers,” said Kimani-Murage. “They may not have confidence or competence in their ability to breastfeed. Some also expressed body image issues which prevented them from optimal breastfeeding.”

Some of the women also engaged in commercial sex for survival and this further enhanced their body image concerns, and constraints on breastfeeding and childcare time.

However, the researchers also believe that macro-level policies and interventions that take into consideration the contextual factors are important to allow women to optimally breastfeed. These would include workplace policies including potentially changing labour laws to allow casual labourers to have maternity leave and enhancing workplace support for breastfeeding women; enhanced access to social protection; adequate child-care facilities; youth-friendly family planning services and inclusion of family planning in school curricula to deal with early pregnancies; promotion of community-wide awareness of the benefits of breastfeeding; and, interventions that increase male involvement in childcare and family support.