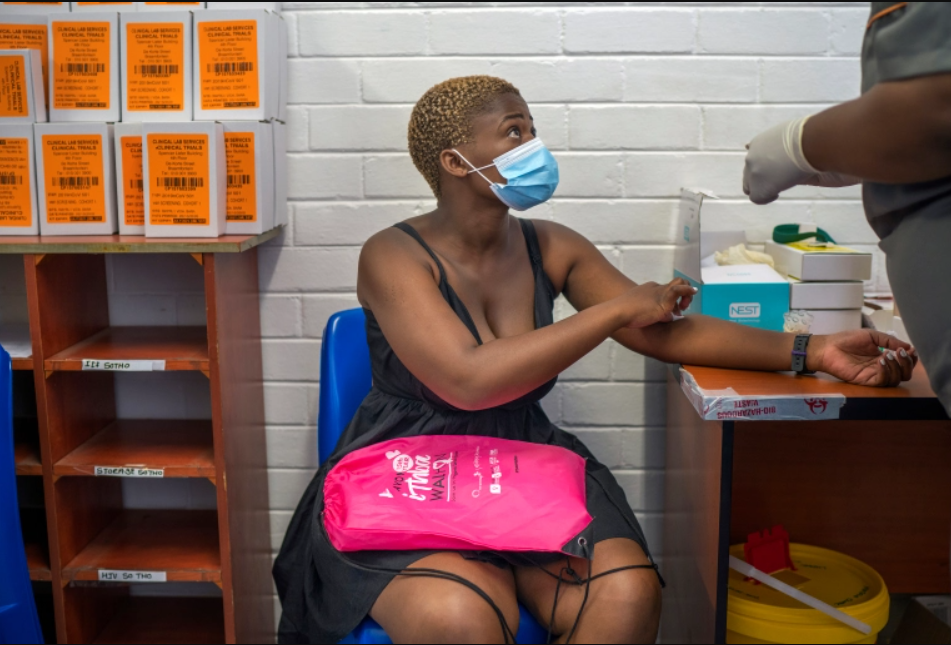 With wealthy countries having already secured large numbers of doses, calls are growing for equitable distribution of coronavirus vaccines.

With the United Kingdom rolling out the world’s first approved coronavirus vaccine this week and other clinical trials showing promising results, the focus has swiftly turned towards the distribution of the doses worldwide and which countries will get them first – and which will be pushed to the back of the queue.

On Thursday, Africa Centers for Disease Control and Prevention Director John Nkengasong warned “it will be extremely terrible to see” wealthy nations obtaining vaccines and African countries missing out, as he called on for an extraordinary United Nations session to discuss this “moral issue” and avoid a “North-South distrust in respect to vaccines, which is a common good”.

Countries across Africa have largely been praised for their response to COVID-19 since the first infection was confirmed on the continent on February 14 in Egypt. Despite some observers’ initial doomsday predictions, the continent so far appears to have been spared the worst of the pandemic. Still, uncertainty remains and the threat of further economic pain due to the prospect of additional lockdowns have given the discussions about vaccine distribution extra urgency.

There are, however, a number of challenges.

Expressing concern over what it has branded as the continent’s “largest ever immunisation drive”, the World Health Organization has said the African region has an average score of 33 percent readiness for a COVID-19 vaccine roll-out, well below the desired 80 percent.

Meanwhile, Nkengasong has stressed it is necessary to be realistic about immunisation campaigns due to challenges on how vaccines would be delivered across the continent, adding that it is unlikely that this will happen before the middle of 2021.

For Catherine Kyobutungi, epidemiologist and executive director of the African Population and Health Research Center, a big challenge regarding access to vaccines is “a lack of global solidarity”.

“We’ve seen reports about countries like the US and UK securing a huge share of vaccine doses, which then leaves you wondering, what about the rest of us?”

In a similar vein, the People’s Vaccine Alliance – a coalition of campaign organisations including Oxfam, Amnesty International and Global Justice Now – has condemned rich countries for “hoarding” vaccine doses to the detriment of poorer nations.

“Wealthier nations have bought up enough doses to vaccinate their entire populations nearly three times over by the end of 2021 if those currently in clinical trials are all approved for use,” it said.

“Canada tops the chart with enough vaccines to vaccinate each Canadian five times. Updated data shows that rich nations representing just 14 per cent of the world’s population have bought up 53 per cent of all the most promising vaccines so far.”

Tied to all this are financial constraints and the huge investments required to roll out vaccination campaigns, noted Benjamin Kagina, a senior researcher in vaccinology at The Vaccines for Africa Initiative, University of Cape Town.

WHO has said getting a COVID-19 vaccine to priority populations will cost nearly $5.7bn, a sum that includes an additional 15-20 percent cost for materials, training, logistics and community mobilisation.

“Affordability of a vaccine given the high global demand is an issue, particularly in light of the economic impact of the pandemic,” said Kagina.

Putting aside the financial factors, experts also pointed to the substantial infrastructure and logistical challenges.

For example, the vaccine from Pfizer/BIoNTech needs to be stored at -70 degrees Celsius (-94 degrees Fahrenheit), while the one from Moderna has to be kept at -20C (-4F). In contrast, the inoculation developed by AstraZeneca in partnership with the University of Oxford can be stored at standard refrigeration temperatures, leading experts to say that this vaccine candidate could be the “best” option for many African countries.

‘Think outside the box’

Earlier this year, GAVI, the Vaccine Alliance launched COVAX, a global initiative that aims to distribute low-cost vaccines to low- and middle-income countries.

Once a vaccine does arrive, a number of other issues would also need to be addressed in order to ensure a successful roll-out.

Based on an analysis carried out by the WHO, 49 percent of African countries have identified their priority populations and have plans in place to reach them.

“High-risk groups like healthcare workers may not be difficult to reach, but most countries do not have a strategy in place to reach groups like the elderly, so new strategies will need to be developed,” said Kagina.

Placing an emphasis on logistics, Kyobutungi noted: “In many African countries, vaccines are usually administered to children under the age of five; that’s a small segment of the population. Now we have to think about the entire population: For example how many syringes, healthcare workers, rooms, and clinics will be required for this?

“Similarly, on a global level, in October UNICEF announced that it will be stockpiling 520 million syringes to guarantee initial supply for when the COVID-19 vaccine arrives; we have to consider the impact of demand for these essentials,” she added.

Rolling out the vaccine in urban and rural areas is likely going to require slightly different approaches, particularly in terms of transportation, storage and education, and this would require government investment ahead of time.

Another factor to consider is tailoring the vaccination campaigns to the way the majority of the population go about their daily lives, according to Kyobutungi.

“Preventative healthcare services are usually accessed by women and children, men and older children generally seek healthcare when they are unwell. You will have segments of the population who will consider the opportunity cost of, ‘If I go to the clinic and have to queue there all day, will I lose a daily wage? Is this something I am willing to do?’”

She said a potential solution to this could involve offering the vaccine at offices, events and places of worship. “Governments are going to have to think outside the box,” added Kyobutungi.

As in other parts of the world, vaccine hesitancy is also likely to be an issue due to suspicion, fear and a history of medical colonialism. Countering this would require robust and ongoing advocacy to address public concerns, experts said.

Regarding the potential effect of a COVID-19 vaccine roll-out on existing vaccination programmes on the continent, Kyobutungi said it would make sense for current systems to be repurposed and work in parallel with a COVID-19 campaign. This would require meticulous planning and careful resource allocation on the part of governments and the global health community, especially in order to ensure other services are not disrupted.

So with all these factors at play, what does the timescale look like in terms of Africa and a COVID-19 vaccine?

“It may take time but we will get there,” said Kyobutungi.

“I expect that it will be the first quarter of 2022 by when a significant population of Africa will have been vaccinated,” she added, stressing the importance of “global solidarity in action”.