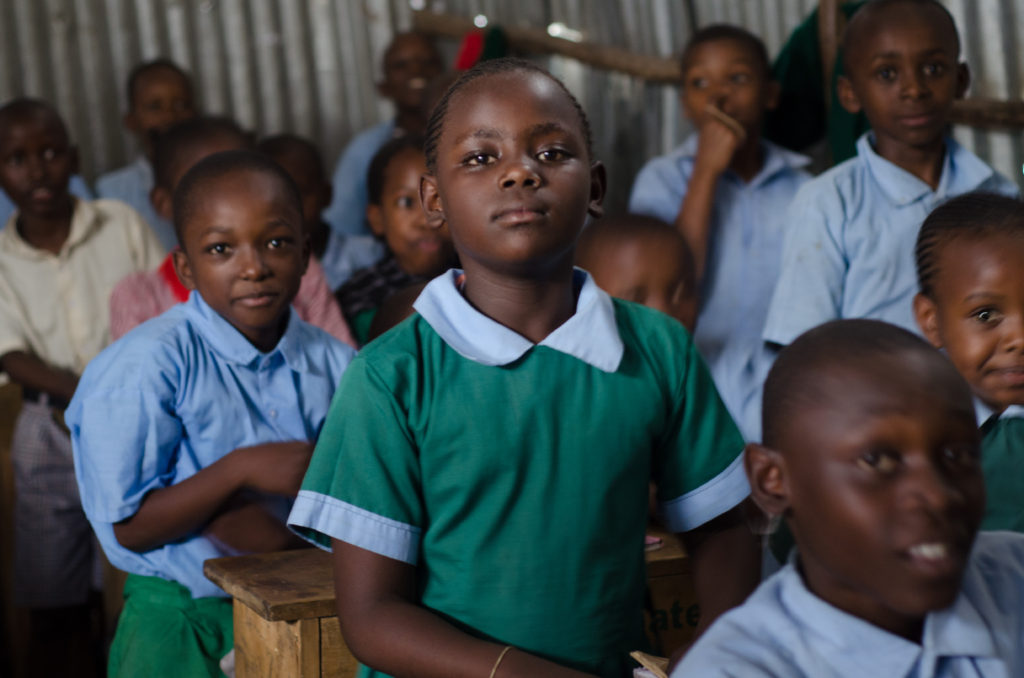 By Juma Kwayera, via Standard Digital

Although it is largely unstated truism, teachers in formative stages of education possess some influence on their pupils. But assessment of the teachers demonstrate that a good number lack necessary content and pedagogical competencies to carry out their tasks. With demand for quality education surging, the irony of country’s educational ‘inputs’ and ‘outputs’ is that the people tasked with moulding the young minds lack requisite content and skills to effectively impart knowledge.

Research findings by African Population and Health Research Centre (APHRC), sound alarm over the possibility of ‘enhanced’ functional illiteracy as demand for quality education outstrips supply. In public and private schools in six key towns with highest dropout rates in primary schools despite free primary education programme that came into being in 2003, the study demonstrates that teachers in lower primary school need continuous in-service training and upgrading of skills to handle ever-changing learners’ needs.

The study was conducted in Nairobi, Mombasa, Nakuru, Nyeri, Eldoret and Kisumu. The findings point to alarming disparities in pedagogical capacities between teachers on government payroll and those in private schools. Entitled ‘Quality and Access to Education in Urban Informal Settlements in Kenya’, the study raises concerns about the calibre of personnel assigned to teach in Standards One to Three, which it says is a delicate formative stage of conceptualisation.

The survey involved 230 schools, of which 89 were public, 94 formal private and 47 low-cost schools with 15,030 pupils from 5,854 households. Also covered were 671 maths and language teachers who taught Grades Three and Six, who were assessed or interviewed.

Whether in public, private or informal schools, the research raises pertinent questions about the growing cadre of teachers who cannot carry out tasks designed for the pupils they teach. In one study sites, some teachers abandoned the test because they did have the requisite knowledge. The maths test examined content, pedagogy and pedagogical content knowledge.

“The lowest individual teacher score of 7.5 per cent was observed from a teacher in a government primary school in Nakuru, while the highest 93 per cent was recorded in a formal private school in the same town. During data collection, three maths teachers abandoned the test on claims that it was too difficult for them.” The report attributes low performance – in part – to teachers being reduced to passive actors in service delivery they are supposed to take the lead. In principal, the report says, teachers at this level are not adequately equipped to handle the needs of the learners.

It also attributes the low performance to “changes in the education curriculum that have taken place without the commensurate teacher professional development to facilitate the implementation of the changes.” The in-service training programmes that ideally should enable teachers upgrade their content knowledge have been reduced to curriculum “sensitisation sessions with no practical relevance of classroom situation.”

It points out, “The lower performance of Grade Three teachers may be an indication that school management assigns low performing teachers to early grades or the content they teach on a daily basis is not challenging enough to make them think about higher level cognitive tasks that are required of them. Available literature on early grades learning outcomes show that at this early stage of learning skills, quality teachers are necessary if students are to achieve the basic learning competencies that will make them progress through the school system with little learning difficulties.” Says the report, “Although the contents of the test were not grade-specific and tested knowledge in mathematics that a teacher teaching math in a primary school should possess, in all study sites and school types, Grade Six maths teachers outperformed by 55.8 per cent Grade Three teachers who scored 45.6 per cent.”

The purpose of the content assessment, researchers say, examined content knowledge of what primary school are expected to understand during lesson. In this regard, teachers in low-cost informal schools “scored slightly higher than their counterparts in government and formal private schools…” “Given that teachers are expected to teach math in any of the primary grades, it is expected that their content knowledge should be higher than this if they are to have a better command of the the subject.”

The “slightly better” content knowledge by teachers in private and low-cost informal schools explains the pull-factor that has triggered drop out in public, with the latter category of schools accounting for 47 per cent of primary school enrollment.

The findings re-emphasise previous research findings that call for mastery of concepts by teachers for effective transfer of knowledge. ”When a child interprets what we say, his interpretations are influenced by at least three things: knowledge of the language, assessment of what we intended to say and the manner in which he would represent the physical situation to himself,” says Ednah Chebet Mulwa, a lecturer at the Eldoret Polytechnic in a treatise titled The Role of Language of mathematics in Student’s Understanding Number Concepts.