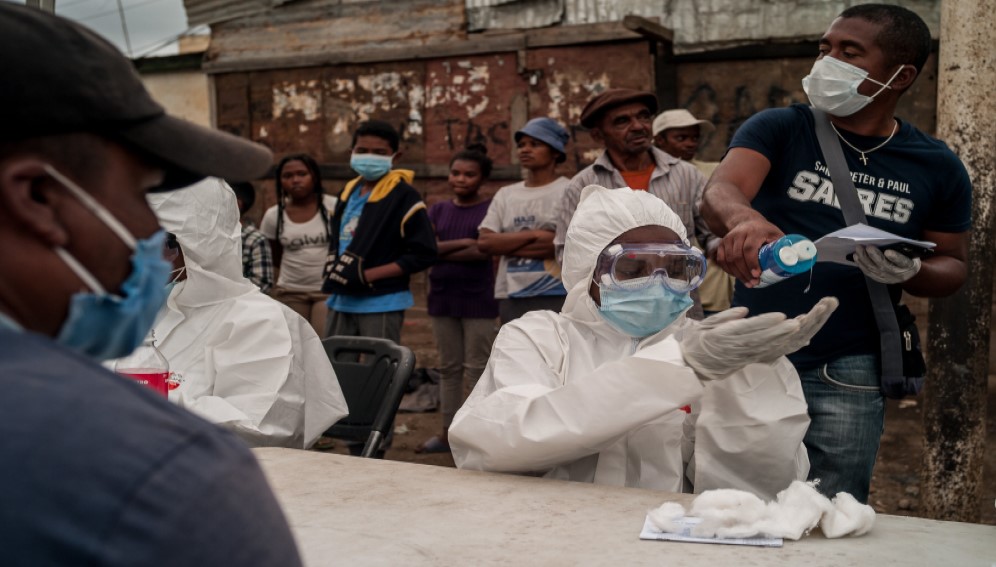 Reporting COVID-19 data for both men and women is key to developing an effective response, argues Siki Kigongo.

Gender and sex are two fundamental cornerstones of health equity although they are often overlooked as a priority.

Given the COVID-19 pandemic, understanding and addressing the impacts of both sex and gender on health outcomes has never been more crucial. It is from this rationale that the Sex, Gender, and COVID-19 project was born.

The project is a partnership between Global Health 50/50 at the UK-based University College London, the International Center for Research on Women, and the African Population and Health Research Center. It is currently building the world’s largest database of sex-disaggregated data on COVID-19, investigating the roles sex and gender are playing in the outbreak, building the evidence base of what works to tackle gender disparities, and advocating for practical gender-responsive approaches to the pandemic.

As medical science continues to progress, it is now evident that disease occurrences and outcomes differ for men and women.  A person’s sex – the biological makeup of males and females – influences how the body responds to infections, with research showing that diseases such as Ebola and influenza affect men and women differently.

“Given the continuing COVID-19 pandemic, understanding and addressing the impacts of both sex and gender on health outcomes has never been more crucial.”

However, the burden of diseases is influenced by biological differences and social factors such as gender norms, behaviours and roles.

Gender refers to the roles, behaviours, activities, and attributes that a society considers appropriate for men, women and people with non-binary identities.

Within the COVID-19 context, it is essential to explore the gendered impacts of the pandemic in order to identify preventive strategies and address existing disparities and health inequities. It is the only way in which we can effectively guide the response and prevention efforts of the global communities, and build equitable, sustainable and healthy societies.

Initial research has shown that the pandemic impacts women and men differently. Within the African region, men account for a much larger proportion of cases (60 per cent) and deaths (73 per cent) than at the global level, where men account for 51 per cent of confirmed cases, and make up only 58 per cent of deaths according to the Sex, Gender, and COVID-19 project.

Higher COVID-19 deaths among men can be attributed to the greater prevalence of chronic illnesses in men such as heart-related diseases.

Data from the World Health Organization (WHO) in 2015 revealed that nearly five times more men than women smoke, and men drink five times more alcohol than women,  showing that poorer average health among men can be driven by such gender norms.

However, this differs across countries, and reflects many contexts and inequalities. For example, South Africa reports that only 42 per cent  of its cases are among men, while that share is 71 per cent  in Chad.

Although women and men account for a similar proportion of COVID-19 cases globally, men’s high mortality rates are a trend seen worldwide. The project’s available data has shown that there are roughly 14 deaths in men for every ten deaths in women. From the 21,309 deaths for which sex-disaggregated data was available from the African region, 54 per cent were men, and 46 per cent were women.

Despite robust evidence that shows marked differences in rates of COVID-19 testing, hospitalisations and deaths between men and women, the Sex, Gender and COVID-19 project finds that only half of the world’s countries are currently reporting any data across these indicators broken down by sex. Also, some countries such as Angola, Benin and Lesotho, which had been doing so have stopped or are doing so too inconsistently to monitor trends.

“Robust sex-disaggregated data is needed as a crucial tool as we seek more effective solutions in the fight against COVID-19.”

The high variability in the data is a significant obstacle to both national analysis and cross-country comparisons. It poses a challenge in planning and monitoring effective COVID-19 responses and developing evidence-based response strategies.

All countries should collect and publish data on COVID-19 disaggregated by sex as an essential pillar of their reporting as called for by the WHO.

As we face the most significant global health emergency in more than a century, governments have been forced to respond quickly under pressure – perhaps to the detriment of the inclusion of gender perspectives.

Robust sex-disaggregated data is needed as a crucial tool as we seek more effective solutions in the fight against COVID-19.

Siki Kigongo, communications manager of the African Population and Health Research Center, is a member of the team working on the Sex, Gender and COVID-19 project. She can be reached at skigongo@aphrc.org

This piece was produced by SciDev.Net’s Sub-Saharan Africa English desk.

This article was originally published on SciDev.Net. Read the original article.