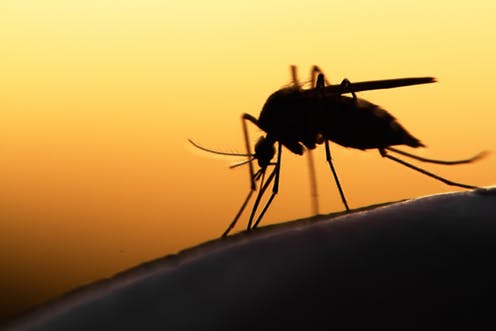 By Collins Ouma, Head of Health Challenges and Systems, APHRC via the Conversation Africa

With more than 200 million cases recorded across the globe each year and half the world’s population living in areas considered high risk, malaria remains a challenge. Malaria occurs mostly in poor, tropical and sub-tropical areas. It is transmitted by an infected mosquito. In the human body, the parasites multiply in the liver and then infect red blood cells.

But over the next 15 years, the number of malaria cases and deaths could be reduced by up to 90% if the agenda of the World Health Organisation and the Roll Back Malaria partnership is fully implemented.

Central to their approach is the global technical strategy for malaria, created by the organisation, and a parallel advocacy plan. Created by the partnership, this involves action and investment to defeat malaria between 2016 and 2030. The partnership, made up of several international organisations, will build on the successes of its global malaria action plan, a strategy developed in 2008. The plan was developed through an intensive consultation with 30 endemic countries and regions, 65 international institutions and 250 experts.

Their new plan comes as the World Health Organisation disbands and restructures the Roll Back Malaria secretariat to meet the new challenges posed in the post-2015 era. The disbandment brings uncertainty about whether the global malaria action plan will remain the focus of the new team. For the new strategy to be sustainable, it would need to heed some of the 1998 action plan’s success.

The action plan became the most prominent malaria strategy, providing a global framework for action used by partners to co-ordinate their efforts.

It gave malaria-affected communities a roadmap for progress and an evidence-based strategy to deliver effective prevention and treatment. It also gave funders estimates of the annual requirements to reach the global targets. This includes universal coverage of preventive interventions and access to effective treatments.

To date, more than six million malaria-related deaths, mostly children under five years, have been reduced. Part of this has happened by using preventive therapies for infants and children along with insecticide-treated nets, indoor residual spraying and rapid diagnostic tests. At the same time, malaria-related mortality has decreased by 58%.

More than 100 endemic countries are now malaria-free, including Azerbaijan and Sri Lanka. A further 55 countries are on track to reducing malaria incidence rates by 75% by the end of 2015.

Both the Millennium Development Goal malaria target and the World Health Assembly target of reducing the global malaria burden by 75% by the end of 2015 have been met.

These achievements have been made against the backdrop of less effective health systems in African countries.

There are several factors that explain the success in reducing the burden of malaria. These include:

Collectively, these factors resulted in various cost-effective interventions being upscaled, including:

A critical part of the new strategy and advocacy plan is that it anticipates the changes and increased resources that are needed to combat malaria.

It also factors in the partnership’s needs to expand its engagement beyond its traditional partners. This may entail other sectors affected by malaria contributing to reduce and eliminate the disease. This could be through support in procurement and supply management, surveillance, and collaboration between public and private health providers. To date, these have brought wider benefits to health systems in the fight against malaria.

To date, the Roll Back Malaria campaign’s global investments in the fight against malaria have grown by 2000% from US$130 million to US$2.7 billion annually.

While the World Health Organisation’s strategy lays out the key goals and targets for 2030, the advocacy plan describes the actions and investments needed to achieve those goals.

The plan projects a 90% reduction by 2030 in malaria mortality rates and cases compared to 2015. It also seeks to eliminate malaria from 35 more countries and prevent its re-emergence of in countries where it has been eliminated.

As the millennium development goal era comes to an end, it will be critical for the new Roll Back Malaria Secretariat to place malaria high on its political, social and financing platforms.

The World Health Organisation is committed to fulfil its role. But what’s critical is that it accelerates the appointment of relevant experts. This will support much needed initiatives that will help achieve action plan targets. It is especially important as the action plan teams gear towards harnessing global funding. The aim is to triple it from the current levels.

There is a worldwide expectation that new structures will be put in place to engage key stakeholders, mobilise global action and generate the required financial commitments to move towards the 2030 goal of cutting the malaria case-load by 90%.