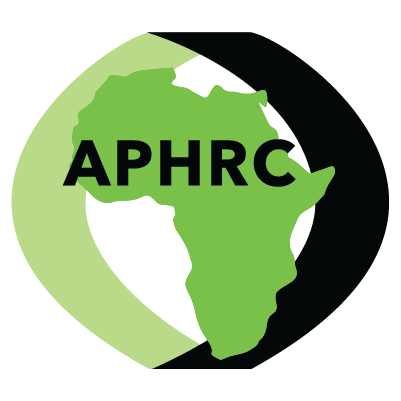 For the second year in a row, the African Population and Health Research Center (APHRC) has been ranked among the top think tanks worldwide by the Think Tanks and Civil Societies Program of the Lauder Institute at the University of Pennsylvania.

APHRC is the only African institution to be ranked among the top 20 influential think tanks providing superior research and analyses on domestic health issues. The Kenyan-based think tank was also recognized for its work in global health policy as well as in advocacy, earning a ranking among the top 30 worldwide in both categories.

The rankings were released in the 2017 Global Go To Think Tank Index Report, developed by the Lauder Institute’s Think Tank and Civil Society Program (TTCSP) based at the University of Pennsylvania. This 11th edition of the annual report highlighted the top think tanks from a database of more than 7,000 institutions globally. The rankings were drawn from a survey of policy-makers, media representatives and donor organizations. Expert panels consisting of individuals from a wide range of countries and disciplines then helped to refine and validate the rankings. The result is a comprehensive and authoritative list of think tanks that are at the top of their game.

“APHRC is delighted to be featured in the Global Go To Think Tank report for the second consecutive year,” said APHRC Executive Director Dr. Catherine Kyobutungi. “We are proud to be in the company of the illustrious institutions listed in the report. It demonstrates that we are a Center that lives our values, including excellence. We will continue to work closely with our partners to generate evidence for the transformative changes Africa needs.”

This year’s report highlighted the challenges faced by African think tanks, many of which are facing a sustainability crisis due to inadequate resources and workforce limitations. In a foreword to the report, Dr. James McGann from the Lauder Institute notes that, “Africa’s think tanks face small staffs and budgets due to insufficient and irregular funding, high staff turnover due to low salaries, and financial instability. Taken together, they create widespread institutional fragility and an acute sustainability crisis in the region.”

Dr. McGann’s comments make APHRC’s accomplishments even more remarkable as the Center has existed as an independent research entity for over 15 years and continues to grow from strength to strength. Since 2001, APHRC has been able to generate a large body of evidence and knowledge that has shaped policy discourse across sub-Saharan Africa. The Center conducts research in a range of inter-related fields including urban health, sexual and reproductive health, maternal and child wellbeing and education. In a continent with a mostly youthful profile, APHRC is one of the few institutions in Africa to actively engage in research on older people and the contribution they can make to helping the continent realize its development potential, including harnessing the benefits of the demographic dividend.

The Center is also committed to raising the next generation of researchers and research leaders in Africa by offering fellowships and facilitating training for scholars in institutions of higher learning within the continent.

“Since its inception, APHRC has been driven by the firm belief that the people of Africa and their institutions are more than capable of developing solutions to many of the vexing challenges facing us,” Dr. Kyobutungi said. “I am proud of the contribution we are making to understand the nuances of these challenges and reaffirm the Center’s commitment to generating and sharing the vital research evidence that this continent needs.”