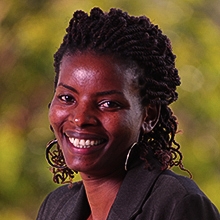 April 4, NAIROBI – Dr. Kanyiva Muindi, a researcher at the African Population and Health Research Center, has been awarded a fellowship as part of the inaugural Future Leaders – African Independent Research (FLAIR) program. Dr. Muindi is one out of 30 researchers from across Africa who have been selected to participate in the two-year research fellowship, which is an initiative of The African Academies of Sciences (The AAS) and Royal Society, with support from the UK’s Global Challenges Research Fund (GCRF). The awardees who were selected from a pool of over 700 applicants, will undertake research projects funded to the tune of £300,000 (KES. 39,179,700), ranging from providing renewable energy solutions and addressing climate change, tackling food security and targeting health and environmental problems that are most acute for people across Africa.

To keep improving its scientific output, Africa needs to pay urgent attention to growing and retaining its scientific talent. In addition, the continent is home to 15% of the world’s population and 25% of the global burden of disease, although it produces only 2% of the world’s research output. The FLAIR program supports African researchers to use their expertise to address the global challenges relevant to their countries and establish an independent research career on the continent.

During the fellowship, environmental health scientist Dr. Muindi will seek to introduce ethanol as a cleaner, more sustainable fuel source and introduce this to homes throughout Kenya and other African countries. “For many Kenyan homes, wood is traditionally used as the main fuel source, resulting in widespread deforestation and damage to the health of those mainly exposed to wood-smoke-women and young girls,” she said.

“The AAS welcomes the exceptional FLAIR grantees to its postdoctoral family, recognizing that postdoctoral programmes are critical in promoting scientific and research excellence and leadership in Africa,” said Professor Felix Dapare Dakora, President of the African Academy of Sciences.

While congratulating Dr. Muindi on her achievement, APHRC’s Executive Director, Dr. Catherine Kyobutungi said, “At the core of APHRC’s ethos is the belief that Africa must produce its own experts, who will advance African, evidence-based solutions to the region’s biggest challenges. The FLAIR fellowship sets Dr. Muindi on that path and I congratulate her heartily.”

African Population and Health Research Center (APHRC) is an African-led research institution committed to generating an Africa-owned body of evidence to inform decision making for an effective and sustainable response to the most critical challenges facing the continent. Learn more at www.aphrc.org.