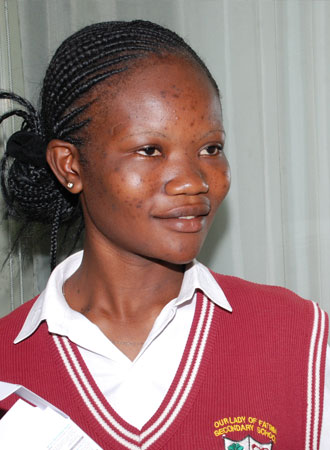 The cost of secondary school education is considered low in informal settlements when compared to formal settlements. The cost of attendance for low cost schools is USD 125 (about Ksh. 10, 950) per year an amount equivalent to the annual capitation provided to pupils in government secondary schools under the Free Secondary Education (FSE) program.

year.  Even the much lower cost remains prohibitive to poor Kenyans and the rate of secondary school enrolment in informal settlement is remains below 50 percent.

The cost makes it challenging for parents to cater for their children’s education from primary to secondary school level, leading to a high drop out rate, with a quarter of adolescent girls from informal settlements being out of school.

Many primary schoolgirls in informal settlements do not reach secondary level due to lack of school fees, early pregnancies inadequate school places and inadequate parental guidance.

Critical and urgent measures need to be put in place to help boost transition to secondary schools among the urban poor and especially among girls.

Recent nationwide statistics released during the Kenya Certificate of Primary Education Examinations (KCPE) revealed that among top performed pupils, there were seven male pupils and four female pupils which shows that girls are competing and doing as well as boys in school.

Parents and community involvement in supporting girl child education is critical at a time when basic education is considered essential for development and in line with the millennium development goals and Vision 2030.

Non-public, fee-paying schools in informal settlements have inadequate trained teachers. Most schools are staffed by parent-paid teachers. Because of poor or little pay, teachers compromise on quality of services, and often are poorly remunerated, high absenteeism, and high teacher turnover all of which contribute to differences in the quality of education students are receiving.