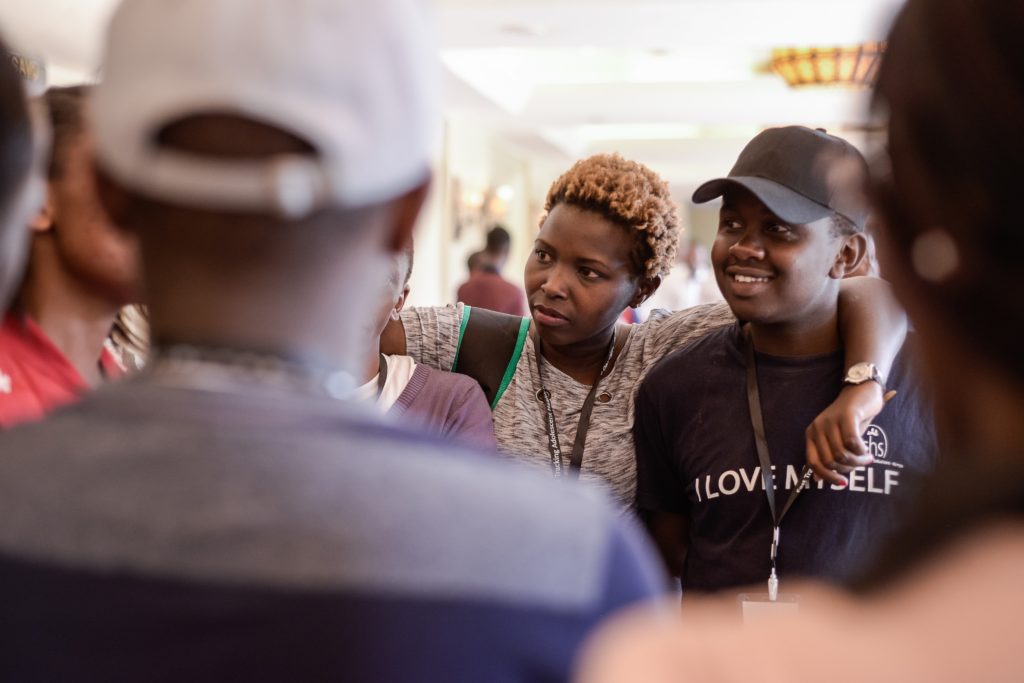 During the 2017 Family Planning Conference an interactive session took participants through the kind of future that access to sexual and reproductive health services accords the average adolescent girl. Through the eyes of a fictional character, Maya, participants had a peek into the lived realities of over 252 million adolescent girls from across the developing world, with 24% of them living in Africa.

Maya’s journey starts at the tender age 15, a critical period in one’s life where many life-defining choices are made. In the words of Nancy Birdsall, “During adolescence, between 10 and 19 years old, girls stand at the precipice between childhood and their adult lives. It is from that edge that they fly—or fall.”

While her counterparts in other parts of the world may be contemplating secondary exams and career-options, Maya may get married and perhaps, get pregnant with her first child. In developing countries, 28% of adolescent girls are married before the age of 18, meaning that not only do they have an early sexual debut, but they are more likely to become young mothers while their education and personal development are cut short. Globally, adolescent girls account for 11% of all births. According to the Kenya Demographic and Health Survey (2014), 47% of women have had sex by age 18, resulting in 18% of girls between 15 to 19 years becoming mothers or expecting their first child. In Kinshasa, the Democratic Republic of the Congo, a 2015 study showed that 60% of girls had already had sex by age 15[1]. Pregnancy at such a young age often comes with significant health risks, with childbirth-related complications being the leading cause of death globally for girls in this age bracket. However, this also means that girls are getting exposed to a lot more than just babies- in sub-Saharan Africa, women between 15 to 24 years are eight times more likely to be HIV positive as compared to their male counterparts.

Counting the cost of adolescent pregnancy means taking a hard look at the key issues around teen motherhood, which is often unplanned and unwanted. Across the world, 23 million girls aged 15 to 19 years in developing regions have their need for contraceptive services unmet. In Kenya, this need translates to 23% of girls within this age bracket (KDHS, 2014). This is due to societal pressure (for married adolescents, to prove fertility and gain respect), policies that ban the use of contraceptives by young/unmarried women or require parental consent as well as traditionalist norms that frown upon premarital sex among teens.  This means that these girls are not only exposed to unintended pregnancies but subsequently unsafe abortions (and their consequences), obstetric fistula (owing to childbirth complications) and sexually transmitted infections.

These conservative views have also influenced the provision of sexuality education. While different countries have tried to incorporate various forms of sexuality and life skills courses into their curricula, its effectiveness is largely influenced by cultural and religious beliefs, a heavy focus on abstinence, poor pre- or in-service training of teachers, as well as lack of resources, both financial and logistical. Another reason why adolescent girls are not having their sexual and reproductive health (SRH) needs met is the lack of or an inadequate number of facilities that offer youth-friendly SRH services. This is especially the case in rural areas and informal settlements (in both rural and urban areas) in developing regions where the health system is weak and struggling to cater to the needs of different groups. The other issue is, even where the healthcare structures are more robust, adolescents are viewed through the lens of ‘big children’ leading to the neglect of their specific health and reproductive needs. If the numbers on adolescent pregnancy, HIV infection rates, and maternal death are to make a consistent downward shift, then there is a need to rethink the entire discussion around contraceptives. Stat!

For starters, there is need to concede to the fact that teens are already having sex. A 2017 study by the African Population and Health Research Center (APHRC) and the Guttmacher Institute showed that more than a third of all adolescents in Kenya between 15 to 19 years of age had already had sex. However, they still need information on how to take charge of their sexuality and lives in general. From the study, the top four topics of interest to students were how to use contraceptives such as condoms; types of contraceptives; where to get contraceptive methods; and, sexual and reproductive rights.

Reproductive health services need to be availed in a way that is more amenable to young people, and at the same time, health professionals should be trained on how to serve them in a way that is open and free of bias. That way, teens would feel more comfortable asking questions that may accord them accurate answers from credible sources. Information on youth-friendly clinics needs to be availed widely to ensure maximum reach, especially among vulnerable populations, where girls are likely to be exposed to sexual and gender-based violence, early marriage and various health risks.

Lastly, there is a need to change the discourse from family planning to ‘future planning’, thereby grounding it better in its role in adolescents’ lives. The use of contraceptives to protect oneself and space/limit the number of children one has is not just a matter of planning a family, but taking charge of one’s future. Also, these types of interventions need to be developed in partnership with the youth they are meant to serve to respond effectively to their needs.

It is important to make this appeal for girls’ reproductive health (and rights) because of the crucial role that girls and women play in society. In health as in other aspects of a girl’s welfare, when she excels, so does her current and future families, and the society in general. We need to make the right choice for Maya and all the other adolescent girls across the world because when she wins, everyone wins.