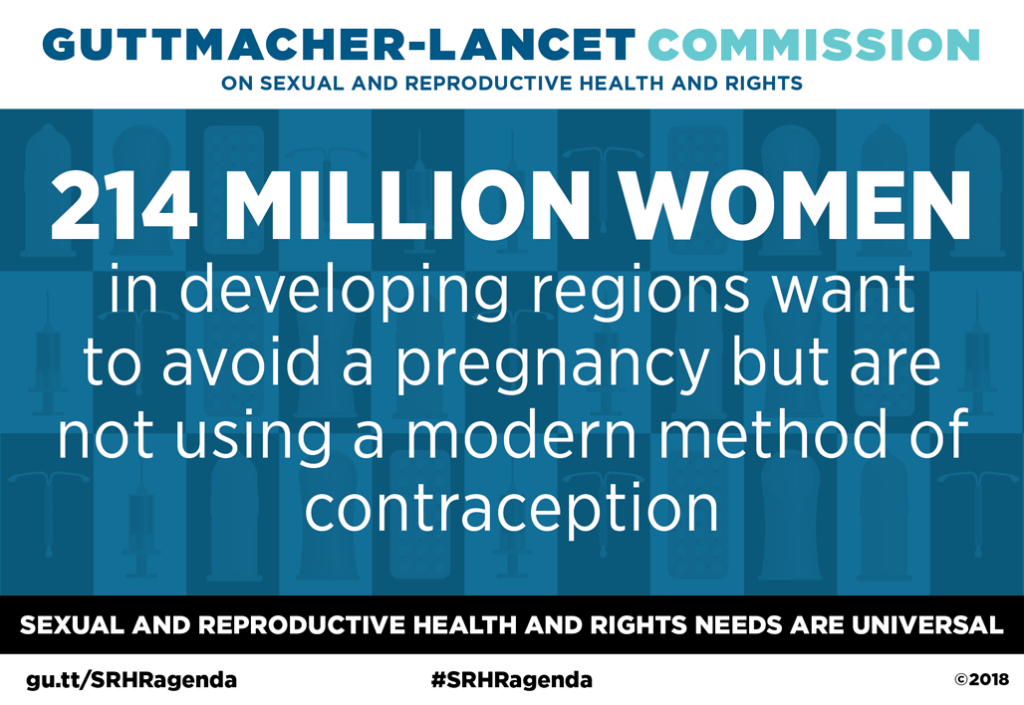 On World Population Day, a Plea for a $9 Commitment to Family Planning

Just US$9 would cover the annual costs of fully meeting the need for modern contraception, safe abortion, and maternal and newborn care in developing regions, according to 23 global experts advocating for a new, bold, and comprehensive agenda to achieve sexual and reproductive health and rights for all.

“Nearly everyone of reproductive age, some 4.3 billion people worldwide, will lack at least one essential sexual or reproductive health service over the course of their lives,” APHRC’s director emeritus, Dr. Alex Ezeh, said in launching a report by the Guttmacher-Lancet Commission on Sexual and Reproductive Health and Rights.

“To make true progress [we are putting] forth a universal vision that recognizes that improving health depends on advancing rights: a right to have access over one’s lifetime to the information, resources, services, and support necessary to make decisions governing one’s body and to pursue a satisfying, safe, and pleasurable sexual life.”

The commission said that current levels of care are covered with roughly $4.50 per person per year, which means that even a doubling of domestic investment in the full slate of SRHR outreach and services for populations remains relatively affordable.

This comprehensive SRHR package should also be a cornerstone of any country’s efforts to draft and implement a universal health coverage strategy to reach its entire population, noted Ann Starrs, who co-chaired the commission alongside Dr. Ezeh.

Access to SRHR is constrained by financial, traditional and social barriers, and felt most acutely by sexual minorities and adolescents, as well as girls and women of childbearing age.

The Commission’s report found that there were more than 200 million women globally who were sexually active but unable to access the modern methods of contraception they needed in order to avoid pregnancy.

Pregnancy prevention is not the only driver of needs to improve access to contraception; nearly two million people are infected annually with HIV: among the more than 350 million people who are infected with preventable sexually transmitted infections.

“Ignoring these broader needs has a hugely detrimental impact on people’s lives, on their wellbeing and ultimately on communities and countries,” said Dr. Ezeh. “Around the world, we need to address the neglect of these needs, now.”