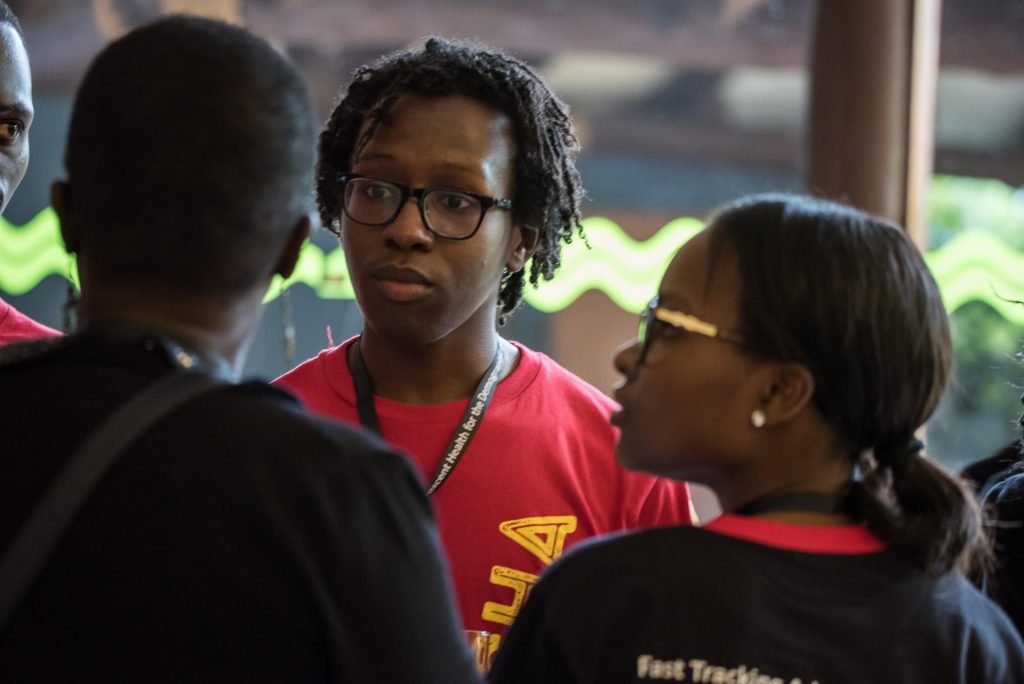 Washington, DC (September 20, 2017)—Whether you are child in Baltimore, Beijing, Nairobi or New Delhi, the onset of adolescence triggers a surprisingly common set of rigidly enforced gender expectations that are linked to increased lifelong risks of everything from HIV and depression to violence and suicide. That’s the key finding from a groundbreaking 15-country study released today by the Global Early Adolescent Study, a collaboration between the Johns Hopkins Bloomberg School of Public Health and the World Health Organization (WHO) as a collection of articles in the Journal of Adolescent Health.

It Begins at Ten: How Gender Expectations Shape Early Adolescence Around the World is the most comprehensive analysis to date—and the first to draw equally from high-, low- and middle-income countries—of how children on the cusp of adolescence perceive growing up as a boy or girl. Public health experts across the globe collaborated to learn how an assortment of culturally enforced gender stereotypes long associated with an increased risk of mental and physical health problems become firmly rooted between the ages of 10 and 14.

“We found children at a very early age—from the most conservative to the most liberal societies—quickly internalize this myth that girls are vulnerable and boys are strong and independent,” said Robert Blum, director of the Global Early Adolescent Study based at Johns Hopkins University. “And this message is being constantly reinforced at almost every turn, by siblings, classmates, teachers, parents, guardians, relatives, clergy and coaches.”

Blum said the work shows a need to rethink adolescent health interventions, which typically focus on youth 15 years or older, so that they target a much younger age group.

“Adolescent health risks are shaped by behaviors rooted in gender roles that can be well established in kids by the time they are ten or 11 years old,” said Kristin Mmari, DrPH, associate professor and lead researcher for the qualitative research at the Global Early Adolescent Study. “Yet we see billions of dollars around the world invested in adolescent health programs that don’t kick in until they are 15, and by then it’s probably too late to make a big difference.”

The Perils of Outfitting Adolescents with a “Gender Straitjacket”

The conversations conducted by the researchers revealed that, around the world, young boys and girls are outfitted with “gender straitjackets” at a very early age, with lifelong negative consequences that are particularly perilous for girls. The researchers found that gender-based restrictions rationalized as “protecting” girls actually made them more vulnerable by emphasizing subservience and implicitly sanctioning even physical abuse as punishment for violating norms. They observed that “in many parts of the world” these stereotypes leave girls at greater risk of dropping out of school or suffering physical and sexual violence, child marriage, early pregnancy, HIV and other sexually transmitted infections.

For example, the researchers found boys in both New Delhi and Shanghai talked about being encouraged to spend time outside of the home in unsupervised exploration of their environment, while girls said they were advised to stay home and do chores. Shaming and beatings for those who sought to cross the divide was reported by girls and boys in both cities. In all but one city, Edinburgh, Scotland, both boys and girls were clear that it was the boy who had to take the initiative in any relationship. Across all settings, young girls reported a constant emphasis on their physical appearance and their bodies as their key asset.

“In New Delhi, the girls talked about their bodies as a big risk that needs to be covered up, while in Baltimore girls told us their primary asset was their bodies and that they need to look appealing—but not too appealing,” Mmari said.

The researchers noted that their findings bore out conclusions from previous work that “during adolescence, the world expands for boys and contracts for girls.”

For Boys, Big Risks for Following or Challenging Gender Expectations

But the researchers note that boys do not emerge unscathed. They point out that the stereotypes they learn in early adolescence—the emphasis on physical strength and independence—make them more likely to be the victims of physical violence and more prone to tobacco and other substance abuse, as well as homicide. Also, when researchers examined attitudes about gender roles among young adolescents in China, India, Belgium and the United States, they found a growing acceptance for girls pushing against certain gender boundaries, but almost zero tolerance for boys who do.

In all four countries, it appeared to be increasingly acceptable—to varying degrees—for girls to engage in certain stereotypically male behaviors, like wearing pants, playing sports and pursuing careers. But the researchers report that “boys who challenge gender norms by their dress or behavior were by many respondents seen as socially inferior.” Both boys and girls told researchers that the consequences for boys who were perceived as adopting feminine behavior, like painting their nails, ranged from being bullied and teased with harsh epithets to being physically assaulted.

“We know from research studies and programmatic experience that unequal gender norms can be changed, but this takes carefully planned and implemented interventions that target both young people and the environment they are growing and developing in,” said V. Chandra Mouli, MBBS, MSc, co-director and scientist at the Adolescents and atRisk Populations Team, Reproductive Health and Research Department, World Health Organization.

Mmari noted that while many of the gender stereotypes documented in the study are not surprising, the fact they are so common across cultures and economic status— and ingrained in children at such a relatively young age—is unexpected. She said the research could help shape new initiatives that foster greater awareness of the health consequences of gender stereotypes and focus on the critical “transitional” years of early adolescence.

Blum rejects the argument that in many parts of the world, gender stereotypes are just part of the traditional culture and are not amenable to change. He noted that, while they still struggle with rigid concepts of gender, in places like the United States and northern Europe, attitudes have changed dramatically in just the last few decades. For example, Blum pointed out that until 1979, only a few states in the United States had laws against marital rape.

“Change can happen, but it requires political will and a variety of interventions,” Blum said. “It also requires the knowledge that children pick up on these gender mythologies at a very young age and they proceed to play out in a variety of ways—often damaging—for the rest of their lives.”

Over the past six years, an international consortium of fifteen countries has been working on the Global Early Adolescent Study (GEAS). The GEAS aims to understand how gender norms are formed in early adolescence and how they predispose young people to subsequent sexual and other health risks.

As children move into early adolescence and start to develop into young men and women, they also start to take up social roles that are linked to masculinity and femininity. The roles they take on have huge implications for their own health and well-being and that of people around them. Hence, this is a critically important period to study.

The GEAS has generated valuable information from fifteen countries around the world, and developed a tool kit to assess gender norms in early adolescents.

The GEAS is led by the Johns Hopkins Bloomberg School of Public Health in conjunction with WHO’s Department of Reproductive Health and Research/Human Reproduction Programme.