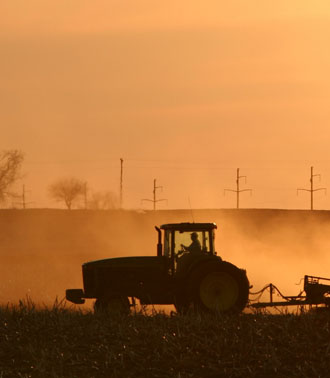 Earlier this month development experts came together for an online Guardian chat to discuss the nexus between development and migration and how we can start to talk about migration in terms of a post 2015 agenda. One theme that stood out during the discussion was the need for migration topics to become a part of mainstream development conversation.

Migration beyond the crisis:

It also means moving away from viewing migration as a problem and beyond a crisis generated by human movements to viewing it as an intrinsic dimension of economic and social development, reflecting the rational decisions of millions of migrants moving away from local restrictive environments in search of new opportunities within or without their countries’ borders.

In recent years, studies have implicated excessive rural–urban migration in the context of declining economic performance of most African countries to a new face of poverty, with a significant proportion of the population living below the poverty line in over-crowded slums and sprawling shanty towns around major cities. While a large percentage of modern urban populations do live in urban slums and experience severe poverty and negative health outcomes, there is little or no focus on internal migration in the region as part of the livelihood and survival strategy for rural families. There is also little research into or discussion around the perspective that population redistribution and the growth of cities and towns is considered by many as an expected outcome of industrialization of societies and that migration trends can serve as important catalysts for national development, and eventually raise the living standards of individual migrants and their households.

What fuels the negative perception of both internal and international migration are the socio-economic, political and environmental contexts in which most migration in sub-Saharan Africa takes place. Apart from civil wars, many countries in the region are plagued with recurring droughts, famine, political conflicts and transitions, as well as unfavorable government policies and poor governance that often trigger unexpected mass migrations, particularly of the most vulnerable poor. Yet these contexts, which are typical of several African countries, are relevant for a more balanced and comprehensive understanding of Africa’s migration systems, as well as the relationships between internal and international migration and human well-being in the region.

The reality of what we know about rural to urban migration in Africa is that it is neither strictly good nor severely harmful for most people. Instead the evidence from the few studies in SSA we do have show us a mixed bag of positive and negative personal and societal impacts.

On the one hand, APHRC studies in the slums of Nairobi have shown some of the significant disadvantages faced by the urban poor with respect to morbidity, access to health services, mortality, and risky sexual practices relative to other population sub-groups, including rural residents and this situation is corroborated in most metropolitan centers in the region in other studies. These results raise serious questions about the sustainability of urban living in the region especially for the most vulnerable urban poor. On the other hand, research also shows that many urban transplants have maintained contacts with their rural origin homes, and have continued to make positive contributions to the upkeep of rural origin households, particularly if their spouses and children still live in those locations.

On the global level:

The increasing recognition of the potential of emigration in stimulating development in countries of origin is accompanied by a new push for engagement of migrants and diaspora organizations in development cooperation. Following the surge in remittances – which now amount to well over two times the value of official development assistance and tenfold of the net private capital transfers to developing countries –international organizations and governments are increasingly integrating emigration into development policies. There is particular focus on the macro-economic impact of migration, such as the importance of remittances for national accounts and their potential role in enabling business investments. Notwithstanding, these changing perspectives will need further studies to establish their real impacts.

As internal and international migration continues to increase in the years to come, there will be an even greater need to understand how migration is intimately connected to most of the major international development indicators as well as country specific development goals. It is with this realization that mainstreaming migration remains even more relevant for the post 2015 development agenda, in research, policy and program dimensions.