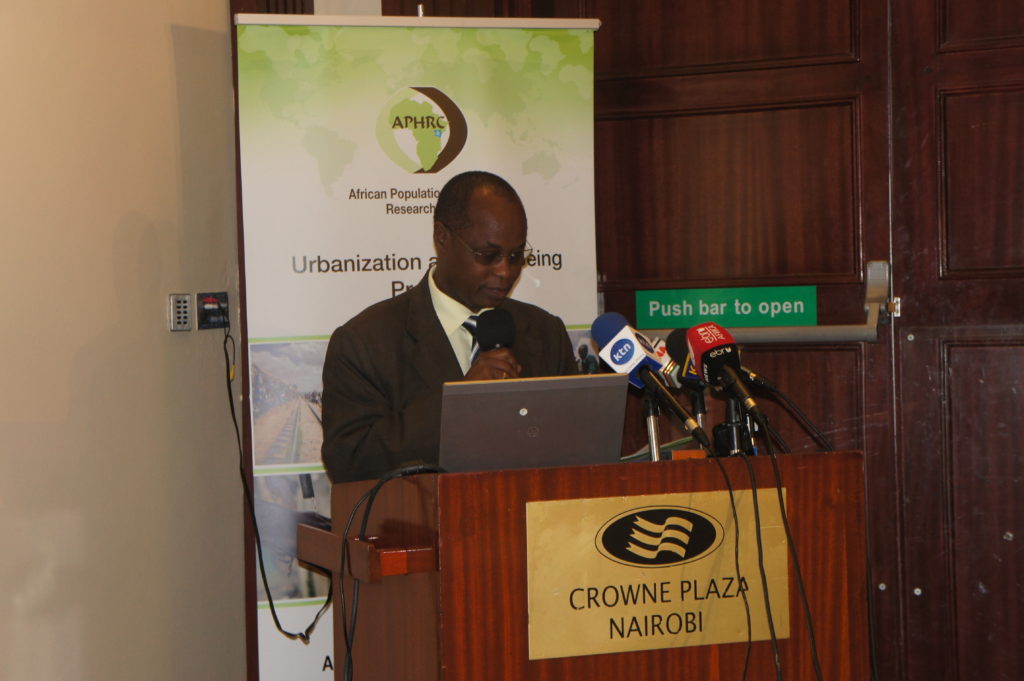 Invest in Public-Private Partnerships to Save Our Mothers, National Government Urged

The Nairobi County Executive Member for Health, Dr. Timothy King’ondu has urged the national government to invest in public-private partnerships to save our mothers. Speaking during the launch of the Nairobi Cross-sectional slums survey (NCSS) 2012, Dr. King’ondu expressed his concerns about the maternal mortality rate in Nairobi which he cited as being higher than in the rest of the country.

According to Dr. King’ondu, Millennium Development Goal 5 – which talks about improving maternal health – is becoming increasingly difficult to achieve because of issues such as delayed referrals. “Nairobi City Government holds 22% of all the public health facilities but looks after 80% of the population” he said, “this means that there is a group of unskilled hands handling our mothers. Unfortunately, they have no capacity to identify complications and when they make referrals the mother is already critically injured and we end up losing her.”

Dr. King’ondu said that the Nairobi County Government was keen to partner with APHRC to explore how we can expand free maternal health care to semi-public institutions to avert such issues. “There are small facilities with skilled labor who can be able to save our mothers, who can be able to recognized obstructed labour early enough and be able to reduce these maternal deaths.” According to him, investing in public-private partnerships with such facilities could help save our mothers.

He was speaking alongside Industrialist Dr. Manu Chandaria and the APHRC team, led by Dr. Alex Ezeh and Dr. Blessing Mberu. The event which took place on the 19th August 2014 at Crowne Plaza Hotel in Nairobi’s Upper Hill area was well attended by a host of development partners, key staff from the Nairobi County Government as well as members of the fourth estate.

To hear the rest of Dr. King’ondu’s speech, listen to the podcast below.