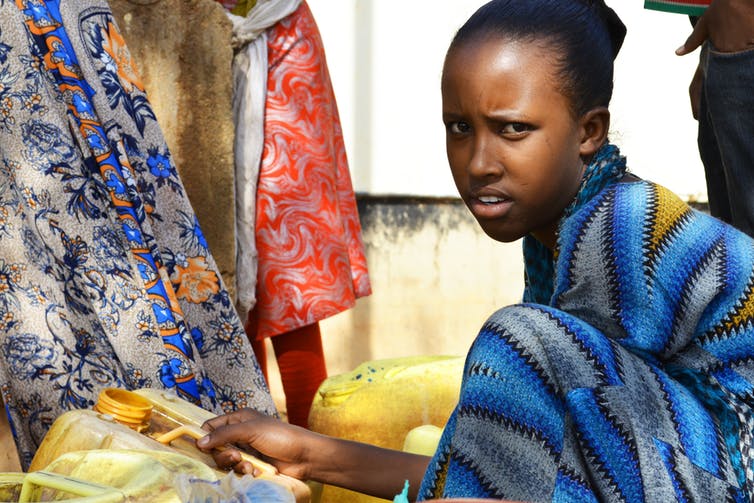 Improving the Lives of Adolescent Girls: A Case Study in Rural and Urban Kenya

Adolescent girls in Kenya face a range of challenges that compromise their ability to learn, earn and thrive. Girls who live in cash-poor environments are at risk of dropping out of school, sexual violence and early sexual initiation, early and unintended pregnancy, and early marriage.

It’s critical to intervene before events like this take place. An initiative in two marginalised areas of Kenya – the country’s largest slum Kibera in Nairobi and Wajir County in Northeastern Kenya – is attempting do just that through a combination of interventions intended to empower girls and keep them safe.

The initiative, called the Adolescent Girls Initiative – Kenya, began in 2014 and reached 6,000 girls aged 11-15. It involved the Population Council and African Population and Health Research Center. Save the Children and Plan International implemented the program in Wajir and Kibera.

It tested the effects and measured the financial costs of various interventions – from violence prevention and economic empowerment to health and education. The evidence emerging from the study is encouraging. Results show that positive changes for adolescent girls are possible in these two very different, marginalised settings. And it reinforces the point that context matters, and that interventions must be tailored to different settings.

The project involved four interventions —- violence prevention, education, health and wealth creation —- aimed at addressing particular problems. Each was designed to deal with the particular circumstances of communities.

Violence Prevention: Groups of adult stakeholders participated in community dialogues on the challenges facing girls in their community. They were then given funding to develop and implement a plan to address at least one of those challenges.

In Wajir, for example, most of the challenges identified related to girls not enrolling in or dropping out of school and the communities wanted to improve the poor infrastructure in the schools. Therefore, most of the projects involved building classrooms, latrines, or pipe water into the schools.

In Kibera, the group created libraries or resource centres to respond to the girls’ need for a safe place to do homework.

Education: A cash transfer, conditional on school enrolment at the start of each term and regular attendance throughout the term, was made to cover schooling costs. Participating families received a bi-monthly incentive payment ($15 in Wajir; $11 in Kibera), direct payment of a portion of school fees (about $7 per term for primary school and $60 per term for secondary school), and a schooling kit for the girls that included sanitary pads, underwear, soap, a pen and a notebook.

Health: Weekly girls group meetings – called safe spaces – were held. These were facilitated by a young woman from the community and covered a range of health and life skills topics including sexual and reproductive health.

Wealth Creation: Financial education was provided in group meetings. In addition, savings accounts were opened in the urban site and home banks distributed in the rural site. A small amount (USD$3 per year) was also given as an incentive to save.

At the end of the two year programme, the project’s results show positive impact for girls across a broad range of health, social, educational, and financial indicators in both Kibera and Wajir, though results varied across both sites.

Health: The health intervention results were also different in the two regions. In Kibera, girls participating in the safe spaces groups were more likely to have improved knowledge, seek help and know how to use a condom and have social safety nets. Girls who actively participated in the safe spaces groups were also more likely to stay in, or complete, school.

But in Wajir, girls participating in safe spaces groups were not likely to know about sexual and reproductive health. This could be due to the socially conservative cultural norms in Wajir. However, participation in groups did lead to small improvements on girls’ belief in more equitable gender norms and self-efficacy, or a girl’s belief about her ability to succeed in a given scenario.

Wealth Creation: Financial literacy and savings improved in both regions. At baseline, less than 1% of girls reported having savings. For girls who received all four interventions (health, education, violence prevention, and wealth creation), the number rose to 42%. The combination of financial education sessions with savings mechanisms and $3 incentives confirms that having the opportunity to immediately put into practice the new skills helps the theoretical training to “stick.”

Violence Prevention: All groups received violence prevention, therefore, it was not possible to evaluate its community-based impact. However, researchers concluded that conversations on gender inequalities, education cash transfers and safe spaces in Wajir laid the groundwork for a shift in thinking about girls in the community. For example, after the intervention, community members increased their expectations that girls would complete secondary school and increased the age at which families expect girls to get married.

Evidence from the project reinforces the theory that helping adolescent girls build social, health, education and economic assets through a multi-sectoral approach, involving communities and households, is more cost effective than any one singular intervention component – and leads to a larger impact and positive change on girls’ lives.

The design of future interventions for vulnerable girls needs to account for the context to maximise efficiency of spending resources –- particularly on education cash transfer programs.

An end line survey, will be conducted in mid-2019 to confirm if improvements in social, health, savings, and educational attainment for girls in the medium term will have a longer term influence on the timing and choices of marriage and sexual relationships. These results are expected in 2020.