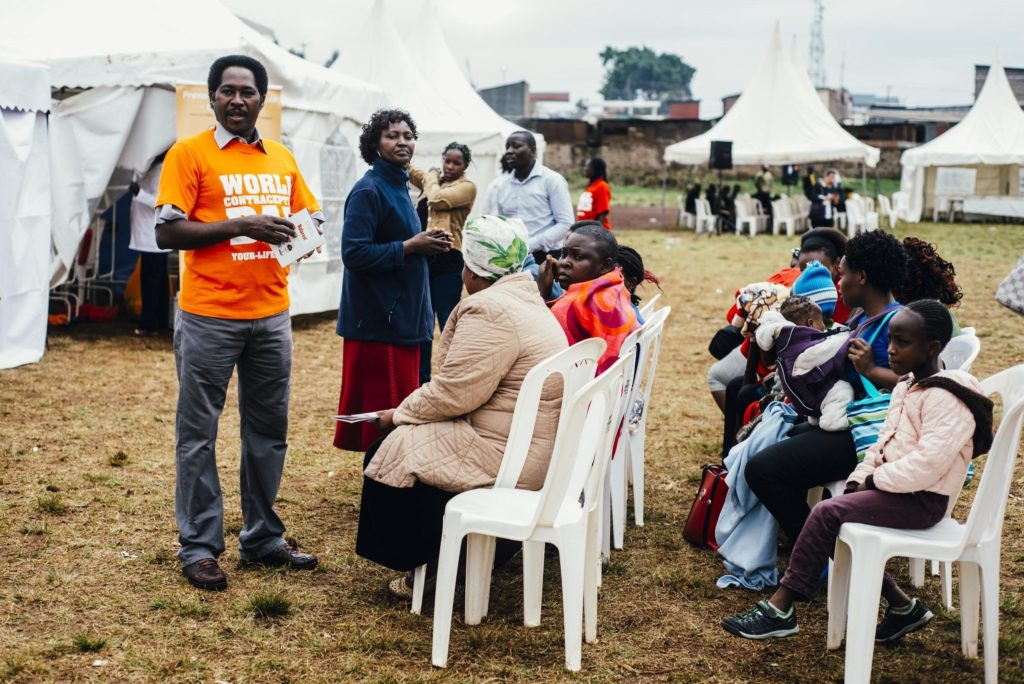 Ethiopia is one of sub-Saharan Africa’s most populous countries, with growth rates showing no sign of slowing. The country is expected to be home to more than 140 million people by 2030 – one in three of whom will live in extreme poverty. Continued growth of the population without addressing some of these substantive socio-economic inequities will mean that an ever-greater number of children will be deprived of access to quality education and health care, while also increasing the risk of chronic malnutrition and expanding the population at risk of acute food shortages.

Ethiopia’s government has invested heavily in educating its population about the value of child spacing, or family planning, and has made demonstrable strides in increasing access to a variety of long-acting reversible methods of contraception. By 2017, it had met most of its targets under the commitments made to the FP2020 agenda.

Much of that success can be attributed to the Health Extension Program, begun in 2003, which was an attempt to reverse, or at least stall, Ethiopia’s population growth – particularly in the rural areas where more than eight in 10 people reside.

But while access has improved, the poor quality of the services being delivered means that uptake of those family planning methods – their use by a greater number of couples seeking to manage their fertility – is lower than it should be. National estimates suggest that just four in 10 Ethiopian women use contraceptives.

Four critical barriers to uptake have been identified by health officials: low involvement of men in family planning; lack of proper counseling for couples; a failure to allow women make a choice in the contraceptive method they would like; and the poor quality of training given to Health Extension Workers (HEW): the faces and backbone of the community-based initiative.

Some 38,000 female HEWs have been hired by the government since the inception of the program to work in communities, spreading awareness and encouraging family planning usage.  The poor training received by these HEW means they are ill-equipped to give the appropriate information to the women in their coverage zones, and compromises the quality of the counseling they are able to provide to couples.

The lack of male HEWs has also meant that men, who in rural Ethiopia remain the decision-makers in most households, are not included in outreach efforts. Research has shown that the greater the involvement of men in decisions about family size, the more likely a household is to invest in the choice of an appropriate method of family planning.

The poor training of HEWs is compounded by persistent shortages in commodities, and a lack of commodity choice for couples. Side-effects of certain methods, cost implications and stockouts have been consistently identified as reasons that a wide range of contraceptives should be made available to women and their partners, both in Ethiopia and beyond, yet there remains considerable unmet need.

As Ethiopia joins this year’s observance of World Contraception Day, we congratulate the government for its achievement of its 2017 midline targets as part of its commitment to the FP2020 agenda, specifically:

Bearing in mind those successes as well as the lessons learned from the HEP, we encourage the government to redouble its efforts to fund a more expansive curriculum and in-service training to HEW, and augment their ranks with men also drawn from rural communities. Only when communities are empowered with knowledge and access to quality family planning services and care can we see sustainable declines in fertility – leading to a commensurate improvement in population health, wellbeing and development.

The author of this article, Dr. Tizta Tilahun, recently completed a post-doctoral fellowship at APHRC