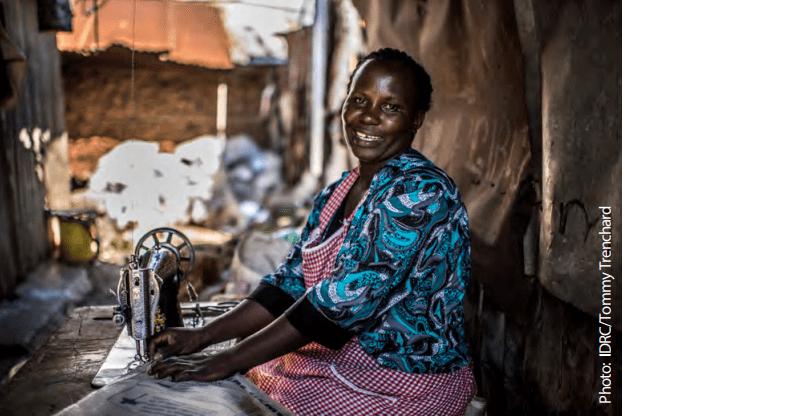 It was a normal Tuesday morning. My alarm beeped at eight minutes after six, and as I do every morning, I reached over even before my eyes focused to check my calendar. A day packed with meetings, phone calls and a series of reports I needed to complete and deliver. And then. A plaintive wail from across the hall of “Mummy,” followed by the four words every parent dreads: “I don’t feel well.” Followed by a mad dash to the toilet and a whole lot of vomiting. And then just like that, my carefully planned day was out the window.

I am among the lucky ones. I have a steady job with some degree of flexibility, the resources to take my children to a private hospital to see our family pediatrician, and an absolute ace in the hole: my nanny, who has been with my family for several years, whom I can rely on even when my children are ill.

I have invested time, energy and resources in making sure she has all the tools she needs to help our family function smoothly: a cooking course, to make healthy and tasty meals for my picky eaters; a first-aid class, so she can respond to emergencies like choking or bee stings or falling out of a tree (it’s happened. Twice.); and even a course in imaginative play that has turned our dining room table into a tree fort, our sofa into an igloo, and empty paper bags into talking puppets.

So the difference between my privileged situation and that of the mothers who live in Nairobi’s informal settlements is stark. For most of the women in these communities, the day-to-day hustle of employment means juggling multiple commitments in order to reach even the global poverty floor of US$2/day of income. For many of these working mothers, that $2 represents the difference between a single meal per day and an empty belly, and the opportunity to send their children to school or to respond to health emergencies.

What we share is the need to ensure our children are safe and cared for when we are at work. And that’s why the policy recommendations that emerged from a recent study conducted by APHRC and Canada’s McGill University are so critical: because they recognize that in order to support women’s empowerment, both social and economic, we must understand their childcare needs.

The study provided more than 1,000 women in the Korogocho settlement who had at least one child aged one to three years with subsidized childcare, with the goal of assessing whether those subsidies had value even beyond the monetary value.

While data limited researchers from putting a monetary value on things including child health and cognitive development, there were some salient results that emerged.

First, the subsidies not only allowed the mothers to reclaim some of that money spent on childcare but also – most critically—some of the precious time they spent earning a living, which translated into more time to be able to actually spend with their children, not just the ones in the subsidized daycare programs. Mothers in the study receiving subsidized daycare were able to work fewer hours AND increase their earnings at the same time.

She can earn more in less time knowing her young child is safe at daycare.

A second benefit was more directly related to the children themselves. There is a wealth of literature that shows the value of daycare to a child’s early cognitive and behavioral development, not to mention to their own future earning power. Another study that APHRC also contributed to in 2017 found cognitive delay in just over one in five children (22%) in Korogocho who had not been enrolled in day care. For children who already have considerable odds stacked against them because of poverty, slum living and environmental pollution, these additional impediments could have grievous consequences in the short- and long-term.

A third advantage of subsidized day care was that less money mothers spent for the care of their  littlest ones meant more funds available for the eldest, helping to keep siblings in school for longer and making it more likely that older children were able to transition into secondary education. Other APHRC research has illuminated the challenges facing adolescent girls and boys in their efforts to access secondary education, so it’s striking that something that on the surface is targeting the youngest can have a ripple effect with longer-term benefits for children of all ages.

For every benefit there is a cost. Yet in this instance, the cost implications – even within a low-resourced context such as Korogocho – were far outweighed by the benefits. Daycare program fees are estimated at roughly $50 per child per year, which, in communities that still lack access to clean water, sanitation, electricity and infrastructure might seem like a luxury. But for working mothers, who contribute an average of 50% of their household incomes, that $50 goes a lot further.

Economic empowerment, more time to spend with their kids, more opportunities for their elder children: all of these things come from investing in subsidies for daycare programs for the youngest members of a community.

Subsidizing daycare could yield incredible results for Korogocho and other slum communities, both by providing working mothers with quality and affordable daycare services and creating jobs for other slum dwellers who deliver those services. It’s an investment in the future of some of the most vulnerable populations, and could provide them with the opportunities they need to transition away from vulnerability and becoming highly contributing members of their societies. Not to mention giving parents the most valuable opportunity of all: more time with their kids.