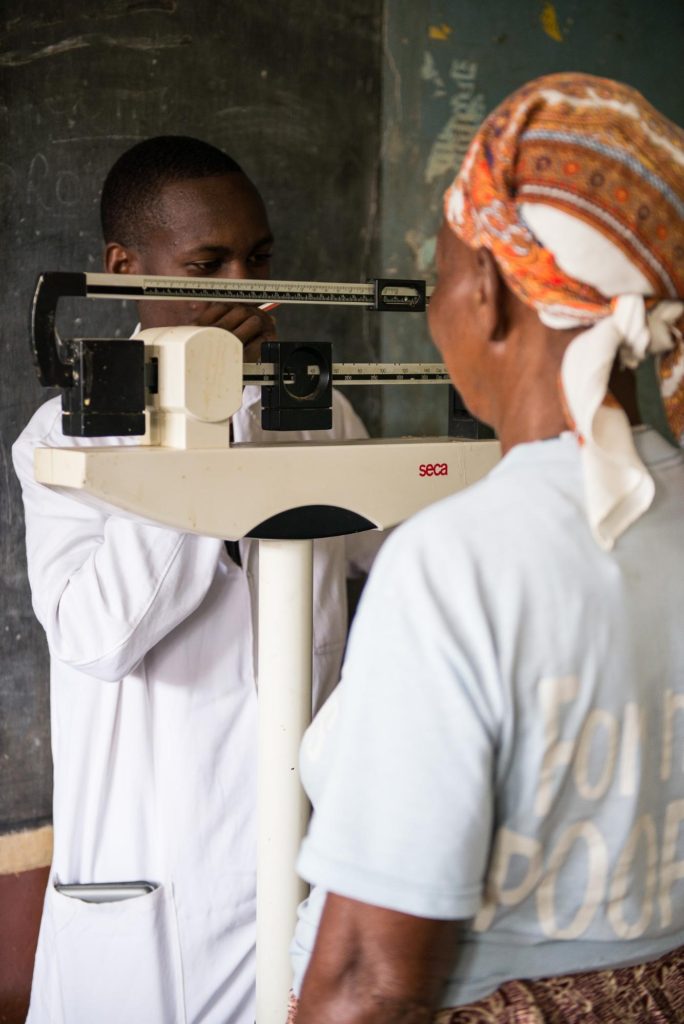 Rapid urbanisation and associated changes in people’s lifestyle means Africa faces a growing obesity problem. Across the continent the share of the urban population is projected to increase to 50% by 2030 and 60% by 2050.

Increased urbanisation is associated with lifestyle changes such as decreased physical activity. This is often accompanied by increased intake of high caloric fast foods and sugar-sweetened beverages. This combination has contributed to the rising burden of obesity in towns and cities in developing countries.

Obesity is a serious public health problem because it significantly increases the risk of chronic diseases such as cardiovascular disease, type-2 diabetes, hypertension, coronary heart diseases as well as certain cancers. It also puts considerable strain on healthcare and social resources.

Why obesity is a problem

A person is considered to be obese if they weigh more than 20% over their ideal weight. It is more precisely defined as body mass index of 30 or more.

For women of reproductive age, the consequences of being obese are more serious. Studies have shown that maternal obesity is bad for both the mother and the unborn child. It can lead to higher rates of miscarriage, still-births and congenital anomalies.

Obesity can also result in gestational diabetes, which is marked by high blood sugar levels during pregnancy. These usually disappear after delivery. Another inherent risk is pre-eclampsia, a condition that affects some pregnant women and usually sets in 20 weeks into pregnancy.

Obesity during pregnancy can also affect health later for both mother and child, including increased risk of heart disease, hypertension and diabetes. Children of obese mothers also have a risk of future obesity.

And obesity is associated with decreased contraceptive efficacy and also impacts negatively on normal vaginal delivery.

To understand the scale of the obesity problem in Africa, we analysed demographic and health survey data from 24 African countries over 25 years. Such data are collected every five years in the developing countries. We found that not only was obesity on the rise, but that it is high among urban African women aged between 15 and 49 years.

The analysis shows increases in obesity levels in all 24 countries over the 25 year period. The increases were statistically significant in 17 countries. Based on the latest surveys we found that four countries had an obesity prevalence that was above 20% while the rest ranged between 10% and 19% among urban women of reproductive age in the countries studied.

Comparing these data with earlier surveys it is clear that obesity levels among urban women have worsened in the past two-and-a-half decades.

Our study found significant differences between Africa countries. In the latest survey Egypt has the highest prevalence of obesity by far. Two out of every five Egyptians (39%) are obese, followed by Ghana at 22%.

While the prevalence of obesity in these countries is lower than Egypt’s or Ghana’s, the rate of acceleration is alarming. Should these trends persist, obesity levels in these countries may reach the levels of those in Egypt and Ghana.

Given the magnitude of the increase in obesity levels among urban women in the countries studied, we argue strongly that governments should take urgent steps to address the problem.

There is a direct link between obesity and the rise in non-communicable diseases. Addressing obesity will be an important step towards curbing the surge of lifestyle diseases that the continent is experiencing. It’s estimated that their toll is likely to surpass infectious diseases by 2030.

Strategies should include policy interventions to address over-consumption of unhealthy diets. This may include fiscal food policies, mandatory nutrition panels on the formulation and reformulation of manufactured foods, implementation of food and nutrition labelling, restricting marketing and advertising bans of unhealthy foods and making healthy food accessible.

Greater physical activity can be encouraged through urban planning, transport and organisational policies coupled with the provision of facilities such as public parks. Such interventions have been applied in the developed countries with some measure of success.