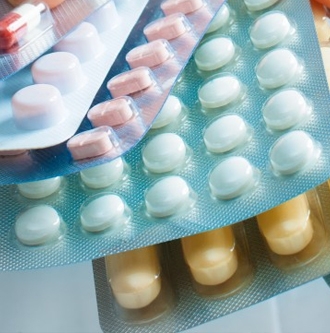 The who’s who of population, planning and development from member countries of  Partners in Population and Development, met at the International Inter-Ministerial Conference on  “Evidence for Action: South-South Collaboration for ICPD Beyond 2014”  in Dhaka, Bangladesh, 10– 11 November 2012. The conference was to build on the 1994 Program of Action of the International Conference on Population and Development (ICPD).

This year, the conference pledged the commitment of PPD member countries on key themes that have emerged as a result of the MDGs coming to a close in 2015 and the recent London Summit on Family Planning.  The conference’s goal of creating a platform to promote universal access to and share high quality evidence on population, gender and rights-based sexual and reproductive health (SRH) issues among developing countries provided APHRC with an ideal opportunity to highlight the challenges faced by the urban poor with regards to SRH issues.

Apart from a panel presentation by APHRC Research Scientist Blessing Mberu on Adolescent Sexual and Reproductive Health and Rights focusing on research evidence from sub-Saharan Africa, the Center teamed up with PPD to host a working policy dinner to further discuss ideas on how to bring sexual and reproductive health in urban contexts to the forefront of the development agenda.

The working policy dinner provided space and time during the packed two day conference for policymakers, policy influencers and researchers from sub-Saharan Africa and other global south countries to have a critical debate around the topic of bringing sexual and reproductive health in urban contexts to the forefront of the development agenda and to share experiences between countries and regions across the global south.

Ahead of the dinner APHRC drafted a research, policy and programs priorities document to drive the dinner discussion. The priorities and recommendations listed in the draft document included feedback from the APHRC community on how the greater development community could better highlight SRH in urban contexts and specific research, policies, programs that should be pursued.

Examples from the African context were particularly relevant because although sub-Saharan Africa (SSA) is currently still the world’s least urbanized region, it also has the fastest rate of urban growth in the world at 4% per annum. The urban population in SSA will increase from the current 37% to over 60% by 2050 and this high rate of urbanization has been linked to the increasing urbanization of poverty, with approximately 70% of all urban residents in the region estimated to be living in slums or in slum-like environments. Therefore, while cities are attractive because they offer improved housing choices, employment opportunities, education, and health care services, they also increase health risks and hazards. In SSA, sexual and reproductive health risks for the urban poor are severe and include high rates of unwanted pregnancies, STI’s, and poor maternal and child health outcomes. Yet, the links between poverty, urbanization, and reproductive health priorities are still not a major focus within the SRH community or in the greater development community.

The working dinner group  examined how some of these urban specific challenges could be mitigated through forward-looking development initiatives that can apply regionally and across the global south. One part of the discussion centered around the disappearing urban advantage in health and socio-economic indicators and the need to focus on urban vulnerable populations such as non-school adolescents, persons with disabilities, orphans and vulnerable children,  refugees and internally displaced persons. Also highlighted was the need to address overall poverty – a key hindrance to SRH, and incorporation of economic empowerment programs – micro-credits, vocational skills training programs, employment creation /business start-up grants, etc. in SRH policies and programs.

Today as individual development sectors lobby for their own piece of the post-MDGs pie, it is vitally important that the new goals look at topics that have cross cutting impacts on improving people’s lives across the global south. Looking at research, policies, and programs impacting the urban poor must be part of that discussion if we are to reach some of the most vulnerable people on the planet. Sexual and reproductive health in urban contexts is just one of a key number of challenges facing the urban poor that we hope are discussed in detail as the post-MDGs discussion moves forward. The ultimate goal is to highlight this important debate, as well as encourage country governments to get involved in the discussion, and implement policies in their own countries that mitigate the major challenges facing the poor living within urban communities.