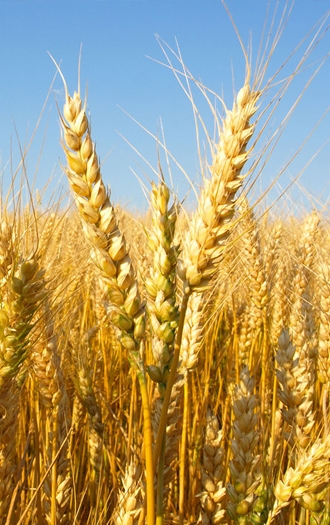 The world has finally woken up and embraced family planning programs as a way to empower individual women, improve the lives of children, and better the economic futures of millions while managing limited resources and protecting the environment.

Champions like Melinda Gates have catapulted the issue of family planning and the current unmet need for 215 million women to the front of global development agenda. People throughout the development community and beyond now know that empowering women through providing access to voluntary family planning options is a powerful development tool. Yet funding challenges remain. Recent estimates indicate that as much as $3.6 billion per year would be needed to fund family planning initiatives, and meet the global unmet need for contraceptives[1]. A possible game changer in this scenario is recent research showing that climate change, one of the biggest development challenges facing the world today, could be addressed in part by simply providing women, who want access to family planning, with those commodities and services (Access the Lancet series on Family Planning here).[2]

As the UN Climate Change Conference in Doha, Qatar approaches (Monday, November 26 to Friday, December 7, 2012) and the momentum on family planning continues to grow, it may be time to finally deal with the elephant in the Climate Conversation: the population growth factor. This topic, made controversial by coercive population policies in some countries, remains vitally important to how we proceed with preventing the worst impacts of climate change—such as those mentioned in the just released World Bank Report that examines the risks of 4 degree hotter world by end of century. Yet fears of negative press prevent voluntary family planning efforts from getting more than a small mention at international climate forums.

At the African Population and Health Research Center (APHRC) we recognize that the issue of climate change is deservedly receiving greater attention from the international development community, as rapid population growth, combined with poverty and lack of access to resources, tends to exacerbate problems of environmental degradation, resource depletion and civil conflict. It is also likely that the greatest impacts of climate change will occur in developing countries. As a result, the Center under the recently launched 2012-2016 strategic plan focuses considerable research attention on clarifying the linkages between the population factor and climate change, with the overarching goal of providing needed credible evidence to inform policies, programs and action in sub-Saharan Africa and the Global South.

The Center explicitly identifies the issue of climate change and its drivers and impacts as new research territory, with a special focus on the global environmental change and its health impacts; the relationships between urban health and the physical environment, with particular focus on water, sanitation, housing and slumization of urban living; and the linkages between climate change and population dynamics-fertility, mortality and migration.

In terms of addressing the role of the population growth factor in global climate change, the data is clear that providing women around the world with access to voluntary family planning options could significantly reduce carbon emissions and as a result decrease the most severe climate change effects and do so more cost effectively than even low-carbon energy development programs such as solar, wind, and nuclear power[3],[4]. In fact, providing family planning could deliver 8-15% of the carbon reduction needed to avoid some of the most destructive impacts of climate change, thereby preventing more vulnerable people, like poor women, from falling victim to climate change disasters[5].

These climate results would be in addition to the development community meeting the family planning demands of millions of women and preventing 23 million unplanned births and 142,000 pregnancy-related deaths. In turn, women empowered by family planning options are also better positioned to mitigate climate impacts at the family level as they cope with changing climate, severe weather including droughts and floods, smaller crop yields and more migration[6].

The logic of family planning as an effective way to reduce greenhouse emissions represents a simple argument: less people result in less carbon emissions over time, and less consumption of and competition for resources. However, linking population growth and climate change has remained controversial and many environmental organizations have not paid significant attention to population growth and its effects.

Although voluntary family planning is enshrined in many international declarations, including most recently, the MDGs, the topic often evokes negative sentiments resulting from coercive population control programs like China’s one child policy. There are also concerns and controversies with linking family planning to positive environmental benefits because there is a fear that it may shift pressure and attention from the worst polluters in rich countries to poor countries who have contributed very little to global climate change, but stand to bear the most devastating brunt of its impacts.

More importantly, some have argued that the additional large numbers of people in poor countries may have little impact on climate change as the average carbon footprint of citizens of such countries is quite low compared to those of people in high and middle income countries.

The fact that family planning programs have the side benefit of lessening the environmental pressure on constrained natural resources is undeniable and should not be hidden from the climate debate. The development community must step up and 1) meet the unmet need for family planning for the millions of women worldwide who want to avoid or delay pregnancy and 2) protect the most vulnerable populations from the impacts of climate change.

To accomplish these ambitious goals, clear workable funding solutions such as allowing dedicated climate mitigation funding to be used for family planning efforts, coupled with strategic communications outreach and policy engagement must be employed and done so urgently. These goals can be accomplished by collectively galvanizing the current momentum on family planning and climate issues together– based on solid evidence based research– to mobilize key stakeholders and provide family planning options while helping to prevent more women and children from becoming victims of the worst effects of climate change in the future. The global community can no longer ignore a viable, cost-effective, life-changing way to tackle both of these huge problems simultaneously.