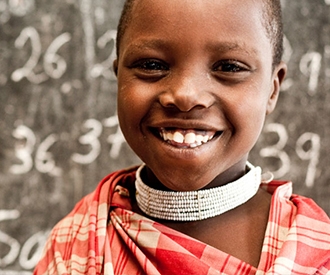 “Tomorrow is today aged 10; the future of the world is in the hands of young people”. These were the rousing words of Kate Gilmore, the Assistant Secretary-General and Deputy Executive Director of the United Nations Population Fund (UNFPA) at the 10th International Dialogue on Population and Sustainable Development, Berlin, October 24-25 2012.

In her keynote speech, Kate spoke of recently meeting a young girl forced into marriage at the age of 10, to a 65-year old man. Now at age 12, she suffers an obstetric fistula, a medical condition that causes urine to leak uncontrollably.  The young girl is therefore unable to perform her responsibilities as a woman and has been abandoned by her family and husband.  This may sound unusual, a one in a million case, but it reflects the reality of many African women. Young girls are often forced into early arranged marriages, many times with older men, leading to unwanted, life-threatening teen pregnancies and leaving them at a higher risk of birth complications including fistula, death of their new-borns, and worse still, their own death during child birth.

The youth, aged 10-24 years represent 25 per cent of today’s world population, and literally speaking, hold the world’s future in their hands.

“We need a development agenda that looks beyond averages and addresses variations among groups and regions. Planners and policymakers need to know where people are, who they are and how their needs vary from place to place and over time. There are wide disparities between rich and poor…” emphasized Kate Gilmore.

Special focus must be placed on the urban poor youth, and more particularly girls growing up in the slum setting.  About half of the women giving birth in Nairobi’s slums are below 25 years of age.  Furthermore, APHRC’s on-going research indicates that about half of all pregnancies among these urban poor women are unintended. Girls in the urban poor settings start engaging in sex early in life because of the construction of gender roles, lack of alternative means of livelihood and living arrangements in the slums. Faced by high levels of poverty and limited sources of livelihoods, girls seemingly have little alternative but to resort to commercial sex in order to support their families: “If you are a girl and the first-born, and you see your mother struggling to get you food, you decide that now, you are big enough. You go out and look for men to at least get some income and help your siblings…For a boy, he goes and collects scrap metal or wood and sells to potential buyers.” (Urban Poor Residents, Nairobi)

Surprisingly, transactional sex among young girls is not only tolerated by the parents, but is also often encouraged to contribute to the family’s livelihood: If you do not have money as a parent, and your child goes and fornicates out there and she brings you – even if it is a hundred [shillings], aren’t you going to make it through the day?…You shall say ‘Thank you’ to your child…you cannot tell her, ‘You have done bad,’ or anything… life is what is bad (Urban Poor Residents, Nairobi ) Nairobi)

Rhetoric involving contraception and use of condoms is absent despite prevailing perceptions of unwanted pregnancy and HIV infection as consequences of the sexual activity among the young girls in the informal settlement. Seemingly, little is known about contraception amongst the young girls. “Many (girls) are even dying as they try to abort because when they misbehaved they thought they were doing something good. They later realize they were doing something bad… if she gets pregnant she is told to abort… They tell her to go buy Malariaquine 12 tablets swallow all of them and she dies. In this community girls as young as 15 years or less have died due to irresponsible sexual activity.” (Urban poor Residents, Nairobi )

As Kate Gilmore advises, “the development agenda should empower young people. All countries must take action to protect young people’s human rights; guarantee healthcare and education at least to secondary level; help them learn livelihood skills, live healthy lives, and find decent work. Their education should include comprehensive sexuality education, both in and out of school, to help them become fully mature and responsible adults”.