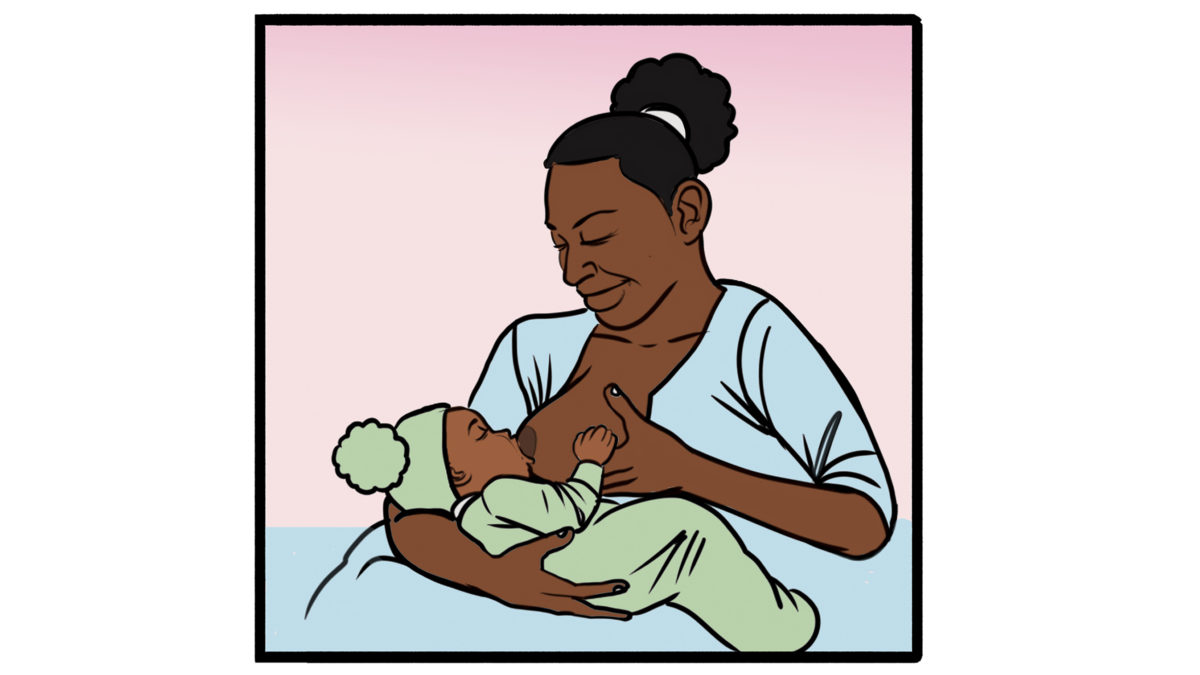 Working from home during pandemic a plus for breastfeeding mothers

Adhering to the World Health Organization (WHO) guidelines on exclusive breastfeeding for the first six months can be challenging for mothers, especially when they resume work after maternity leave. Exclusive breastfeeding is encouraged for its health benefits, such as protecting the baby against common childhood illnesses. Many new mothers take annual leave, tacked after their maternity leave, to prolong time spent with their babies at home and ensure they can breastfeed on demand.

Some organizations have adopted the government regulations outlined in the Kenya Health Act (Section 71) to set aside a lactation room where breastfeeding mums can express milk in privacy and store it in the refrigerator provided. However, even with such arrangements in place at work, nursing working mothers still have to juggle a lot in their quest to live up to the challenge of exclusive breastfeeding. For instance, many mothers working in cities have to navigate traffic, meaning they have to wake up early to pump breast milk for the baby to feed on while they are away and perhaps also breastfeed before leaving for work. Even as organizations provide flexi-time to allow nursing mums time to express milk as outlined in Section 72 of the Act, they often have long days.

With the COVID-19 pandemic, working from home has been a blessing in disguise for nursing mums whose employers embraced the government directive. It has eased the process of ensuring that their babies receive nourishing breast milk, especially in the first six months, while allowing their mothers to do so with relative convenience.

When Jenericah Gichuki had her first child, she was also a new entrant at work, having just relocated from Kenya’s North Eastern Region where she worked in a residential campus. In her new job in Nairobi, Gichuki had to commute to work, adapt to a new workplace, and deal with the vagaries of motherhood without her spouse’s physical support. He was working outside the city at the time. “It was a tough experience trying to balance between my responsibilities at work and taking care of the baby,” she says. Furthermore, the new mum was also studying to sit for her exams in April that year, as she had to postpone them when her due date coincided with the exam season.

Before COVID-19 broke out in Kenya, Gichuki had proceeded on maternity leave for her second child. After completing her leave, her employer informed her that she would work remotely per the institution’s guidelines. The added flexibility has allowed her to breastfeed her second child for the first six months exclusively. “I could express milk and store it in a freezer but also be at home and handle the process of introducing complementary foods after the baby attained six months,” says Gichuki, a feat she could not achieve with her first child.

In a study on exclusive breastfeeding amongst middle-income mothers, researchers from the African Population and Health Research Center found that most mothers could not breastfeed exclusively for the first six months as recommended. This was attributed to challenges such as “inadequate workplace support, including short maternity leave, lack of designated breastfeeding facilities, flexible hours and breastfeeding breaks,” as cited in the published research results. Besides, the study respondents spoke of inadequate support structures to support breastfeeding and a dearth of information.

“Breastfeeding and pumping while working in the office can be challenging, especially given that meetings might collide with pumping time, or there is hardly a break for a good pumping session,” says Caroline Kabiru. The working mother exclusively breastfed her son for the first six months as her workplace had a lactation room. Since she lived close to work, she could also get home in good time to breastfeed. The onset of the pandemic and working from home has been a plus for the researcher as she can pump milk in the comfort of her home and not have to worry about lugging bottles to store the milk and transport it home at the end of the day. “Working from home, I usually have a set time for pumping. If the occasional meeting happens at this time, I sometimes pump during the meeting,” she says. “I find that pumping at home is a lot easier in terms of maintaining hygiene.”

First-time mum Ruth Muendo describes the working from home arrangements as a blessing for her family. Ruth and her husband have been the primary caregivers for their child during the COVID-19 pandemic period. “It has allowed me the flexibility to carry out my caregiving role and be present for my baby,” she says. “I started expressing during the first month, in anticipation of coming back to work, my freezer was packed to the brim.” Muendo planned to have enough breast milk in stock to feed her baby, allowing her to focus on work during the day. She admits it was challenging balancing the long nights, the caregiving role, and meeting work demands while managing a household. Much as they observed strict protocols, she had strong support from her family, who would come to help when she was overwhelmed.

Indeed, all members of the community have a role to play in supporting breastfeeding. We can all provide information, an enabling environment, adequate nutrition, and support nursing mothers to get adequate rest. The media also has a role in providing information on the importance of breastfeeding due to its expansive reach. As the World Health Organization states, breast milk is a clean and safe way to feed the baby, not to mention that it contains antibodies that help ward off many common childhood diseases and boosts the baby’s immunity.