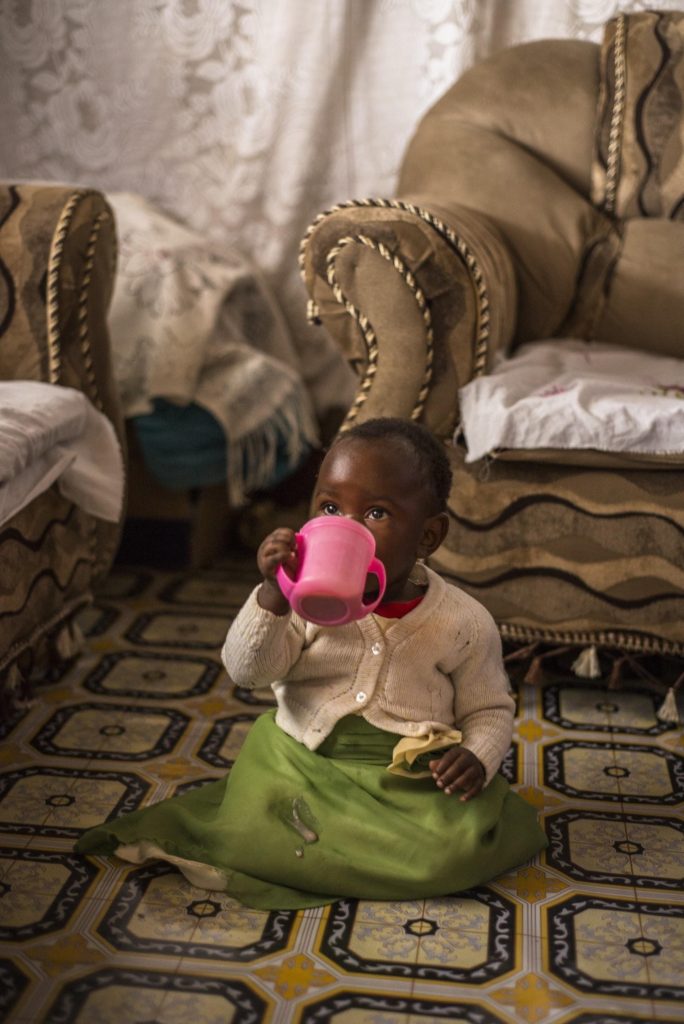 Why Maasai Women and Their Children Go Hungry

Food and nutrition security exists when all people at all times have access to sufficient, safe, nutritious food to maintain a healthy and active life. In many communities in sub-Saharan Africa, food insecurity levels remain high. The latest food security and nutrition report shows that sub-Saharan Africa still has the highest prevalence of undernourishment, affecting at least 22.7% of the population. The situation is especially urgent in Eastern Africa where one-third of the population is estimated to be undernourished.

In Kenya, 3.4 million people are food insecure. And, those that live in the country’s arid and semi-arid regions which are often affected by droughts, are particularly affected.

Maasai people – nomadic pastoralists who live along the Great Rift Valley – are particularly affected by food insecurity. For several months of the year the semi-arid and arid lands they occupy face acute water shortages for domestic and livestock use.

We set out to understand how food and nutrition insecurity affected Maasai women and children. And we wanted to see if there were ways this could be changed.

Our research established that one of the main problems for Maasai women was that men in the community made all the major decisions about food. Women were left with very few choices when it came to decisions that affected their nutrition and that of their children.

Our project was implemented in Kajiado County, a semi-arid area in Kenya, among two specific communities: Oloika and Linkobei. Our focus was on women who fell into three categories: pregnant, breastfeeding and mothers of children under the age of five.

To fully understand the women’s stories we used photovoice which involved collecting data by teaching women – most of whom couldn’t read – to use cameras to document their own stories and then to get them to discuss what they had recorded.

The stories the women told us showed that a number of factors had a significant impact on the variety, quality and quantity of food they and their children ate.

The Maasai people’s diets consist predominantly of meat, milk, and blood from cattle. Vegetables and fruit are virtually absent. There are several reasons for this. Firstly, as nomadic pastoralists, the Maasai have not adopted crop farming. And fruit and vegetables are also not their preferred choice because of their limited shelf life. They also live great distances from the food markets.

The women explained that food and nutrition insecurity was aggravated by a range of factors, including societal, cultural, historical and environmental.

For example, they said they were constrained in making decisions about selling or slaughtering livestock when their husbands were away looking for pastures for their livestock. Often the men would be gone for two to three weeks at a time. If the family ran out of food in this time, they would have to go hungry, unless it was possible to borrow food from a neighbour.

But even when the men returned, the women faced difficult choices because the men expected to receive the most nutritious meals in the family. They would receive properly cooked ugali (maize meal) while the women and the children ate much less nutritious versions.

Another problem was a belief in the community that women should be underfed and overworked during pregnancy so that they delivered smaller babies. This in turn would ensure that they did’t suffer complications during labour. This often meant that the women were undernourished during pregnancy and engaged in hard labour during their pregnancies.

As part of our research, we shared our findings with community leaders as well as sub-county and county officials. The hope was that collective discussions would lead to improvements for the Maasai women and children.

For many of the women we had interviewed this was the first time they’d had an opprtunity with officials to explain their daily challenges.

The outcome was a plan of action supported by the communities as well as officials in the county and sub-county governments.