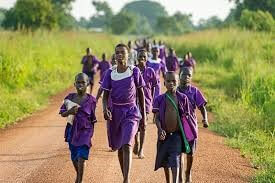 Who Would Have Thought Distance to School Had Such an Impact on the Quality of Education?

The Education Research Program at APHRC in collaboration with the Iganga Mayuge Demographic and Health Surveillance System (IMHDSS) in Uganda recently held a report validation workshop with key education stakeholders from Iganga and Mayuge. They included the County Administration Officers, Resident District Commissioners, District Education Officers, head teachers, teachers, religious leaders and parents. The agenda was to disseminate key findings as well as get feedback and input from participants on a study on quality of education in the country that had been undertaken in 2014.

The main purpose of this study was to examine schooling patterns as well as the quality of education received by children living in rural settlements in Uganda. Specifically, the study sought to identify key barriers that have the most effect on learning outcomes. This was done with the expectation that the evidence generated would be used by policymakers in Uganda to improve the quality of basic education for all children living in rural settings in Uganda.

Some of the key highlights were teacher, student absenteeism, poor teaching styles, average age of students at grade 6 and pre-school attendance.

Different reasons such as demotivated teachers, negative peer influence, poverty, poor supervisory mechanisms and ignorance on importance of education were given as an explanation for these key findings. Whereas these were valid explanations, they seemed similar to barriers experienced in other parts of Africa.However, distance to school recurred as a major factor that was either directly or indirectly linked to the quality of education.

To begin with, in trying to explain why there was very little student-teacher contact time, absenteeism among students and teachers was noted as the main cause. The underlying reason of absenteeism was rather interesting. It was reported that, in most schools, especially public schools, meals were not provided, forcing students to go back home during lunch hour to eat. However due to long distances to and fro school, some of these students do not go back, resulting in high rates of students’ absenteeism in the afternoon. This also applies also to teachers. This results in less time spent in constructive learning. For instance, the study found out that teachers spent 1.3 hours a day teaching compared to the recommended 6 hours.

In addition, it was reported that the most common means of transport by teachers who live long distances away from schools is walking or cycling. The road infrastructure in most rural area in Uganda is quite poor with few vehicles plying these routes. To cap this, the high level of poverty was said to limit expenditure on transport. Teachers get to school very tired from walking or cycling and are too fatigued to teach. Students are not spared either as they have to walk long distances to school.

Another important finding was the low rates of pre-school attendance. In the recent past, there has been a lot of emphasis on pre-school education as an important stage in a child’s physical, intellectual, emotional and social development. Early childhood education is seen as a good foundation for future education outcomes and achievement. Whereas early childhood education is not mandatory in Uganda, it is the connection between low attendance rates and long distances to the few early childhood centers. Parents are reluctant to allow their young children, 3-6 year-olds, to walk long distances to these centers due to the dangers they might encounter along the way.

Considering that the average age of students joining primary school at grade 1 (P1) should be 7 years, it would be expected that at grade 6 (P6), pupils would be about 11 years old. However, this was not the case. The average age was 13.7 and 12.9 years in public and private schools respectively. This result although not clearly explained, can be linked to long distances to school. Parents are only comfortable to let their children walk to primary schools when they are old enough. Unfortunately this could be at an age older than the recommended 7 years. Who would have thought distance to school had such an impact on the quality of education?