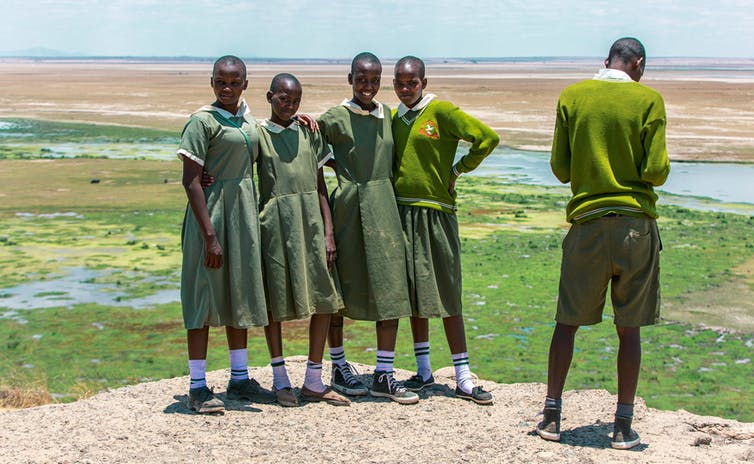 During Kenya’s national schools’ exams, an alarming number of girls were reported to be pregnant or in labor, and so couldn’t take the exam. In just one county, 72 girls taking the exams were pregnant while 38 gave birth before the test. The Conversation Africa’s Moina Spooner asked Michael Mutua to shed light on why so many girls are falling pregnant and what measures there are to support them.

What is the prevalence of pregnancy in schools in Kenya?

Cases of pregnancy among young girls are high. Teen pregnancy and motherhood rates stand at 18%. About one in every five adolescent girls (aged 15 to 19) has either had a live birth or is pregnant with her first child. Rates increase with age: from 3% among girls at 15 years old to 40% among girls at 19 years.

But these figures could be higher as there’s no accurate data on pregnant girls younger than 15.

The consequences of pregnancy at such a young age in Kenya aren’t good. The girls usually either drop out of school to have the child or take the risk of having an unsafe abortion.

Why are girls getting pregnant?

In Kenya, about 11% of teenagers are having sex before their 15th birthday. The rates in Uganda are about the same – with about 10% of adolescents have had sex.

The number goes up dramatically as young girls get deeper into their teens: in Kenya, an estimated 47% of teens are already sexually active before the age of 18 – the legal age of consent.

Another factor is that there isn’t proper sex education. In Kenya, conservative attitudes and traditional values tend to be the norm and adults aren’t open to talking about sex or the idea of sex before marriage. This means young people don’t get the education they need to make informed sexual choices.

They’re also not taught about contraception which makes them less likely to use them. The use of contraceptives can drastically reduce teen pregnancy. But in Kenya, contraceptive use among teens has been consistently low, increasing to just 10% in 2014 from 6% five years earlier.

What type of support do these girls have during and after pregnancy?

The girls have very little support.

There’s a huge amount of social stigma that young girls face when they get pregnant before marriage. So a large number resort to abortion. But because abortion is illegal in Kenya, the girls use unqualified abortion service providers, often in unsafe facilities. The risk of an unsafe abortion is higher among this age group than any other.

If they choose to keep the baby, because of the nurse or doctors’ moralistic views, they face discrimination at the communities and health care facilities. These facilities also don’t have services – like psychosocial support – to meet the special needs of teen mothers.

What are their future prospects like? Do schools take them back in?

One of the immediate social consequences of teenage pregnancy is school dropout –between 10,000 and 13,000 girls leave school each year as a result out of about six million girls enrolled in school.

In 1996 Kenya introduced a school re-entry policy that aimed to ensure the return to school for all pregnant girls soon after weaning their babies. But this is weakly implemented as there’s a mismatch between policy and practice, with many heads of schools not aware of the policy. The policy also doesn’t have enough financial support to be implemented – there’s not enough money to train teachers or principals on how to reintegrate the young mothers.

A lack of financial and moral support from their parents, coupled with the shame they experience, are also key factors that prevent them from going back to school.

What should be done to reduce the number of pregnancies?

Comprehensive and age-appropriate sexuality education is key and should be made available to adolescents and youth, from about the age of six years old.

Rwanda, for example, introduced a new sexuality education programme a couple of years ago. This was supported by a teacher-training programme in 1,508 secondary schools that covered the new curriculum and how to teach it.

But this won’t be easy for Kenyan schools to accept because of deep-rooted conservative attitudes in the society.

The school re-entry programme must also be revamped to support young mothers if they do get better. It needs to move beyond being just a policy and legal framework into a project that builds social acceptability and tolerance among various actors like; teachers, school administrators, and parents. It must also include stronger links between schools and the health system. This will build an environment that supports continued education among adolescents faced with early pregnancies.