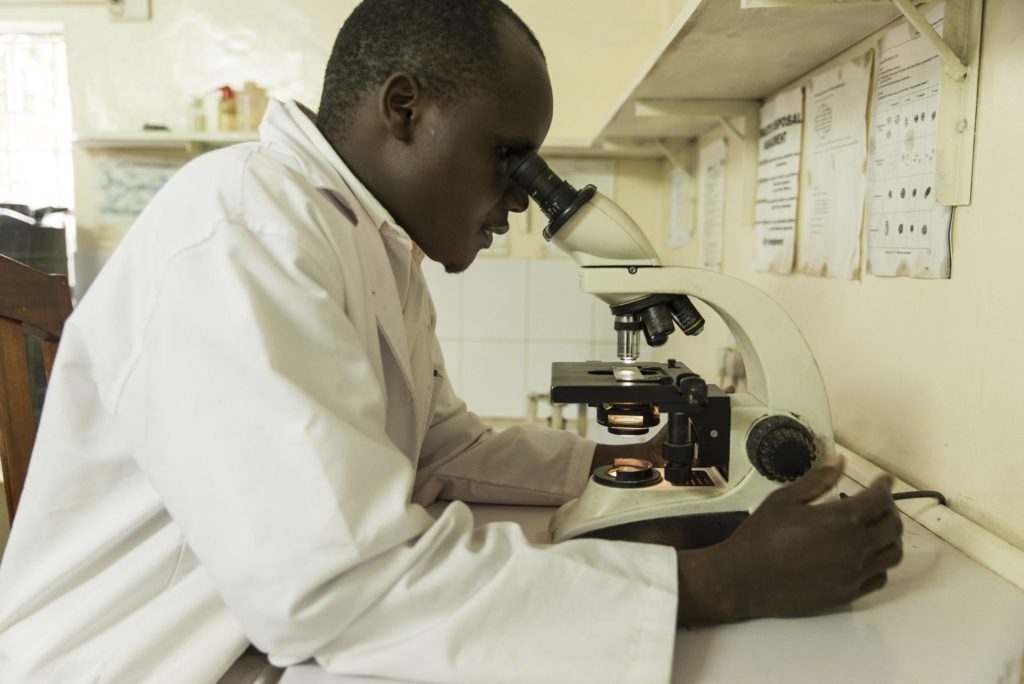 The Silence is Killing Us

2010 will forever be etched in my memory for providing me with a glimpse into the working world and a lifelong lesson. The work experience was entirely wasted on me seeing as I am not a medical practitioner but the six months I spent at the clinic will forever stay with me. I was tasked with boring administrative duties but once in a while, I would sit in during counseling sessions. Every Friday also happened to be refill-day for many of the clinic’s patients. Dressed in a white lab-coat and Impostor’s Syndrome, I got to see first-hand what HIV looks like. At the end of my first week, I got off the bus at the GPO stop, sat at one of the benches and looked around me. “Who has the virus?” I asked myself as I looked around. Of interest were the young people huddled around laughing and probably talking about their plans for the weekend. I had seen so many young men and women, boys and girls in the course of the week at the clinic and a panic had been slowly building in me. “How many of my peers are infected?” Those questions have haunted me since then, and now it seems that the hens are coming home to roost.

A 2017 study  by UNAIDS indicates that 4500 people above the age of 15 get infected with HIV every day. Of these, 37% are in the 15 to 24 age bracket, a majority of them from sub-Saharan Africa. This means that gains made over the past three decades are undergoing a gradual erosion. Efforts by researchers, governments, and communities the world over, are being reversed by the rise in the number of new infections, especially among the youth.

Standing at the threshold of adulthood but still children in many ways, curiosity, newly-discovered freedoms (and body parts) and other darker nuances such as social vulnerability and abuse expose the youth to many dangers. Access to basic socio-economic needs such as quality education, employment prospects, comprehensive healthcare and sanitation services has been shown to impacts one’s vulnerability to the conditions that increase the risk of HIV infection.

Those living in informal settlements where most of these amenities are often unavailable are more exposed to these risks as they try to find alternative means of earning income and improving their living conditions. While we may not be far from the truth in talking about the risks of HIV infection among the urban poor, we cannot forget those living on the other side of the tracks. The indiscriminate nature of the virus cannot be over-emphasized.

The rise in numbers has led to a renewed call to action by all stakeholders, with testing and knowledge of one’s HIV status touted as the first step in ending the AIDS epidemic. While well-intentioned, several measures need to be put in place to ensure that no-one is left behind in the continued fight against the scourge. Governments across the continent have signed onto multiple charters and declarations that require them to safeguard the health and well-being of their people regardless of station in life.

The most prominent of these is the Maputo Protocol on the African Charter on Human and People’s Rights on the Rights of Women in Africa. The Charter requires that governments provide comprehensive sexuality education to foster responsible decision-making and to ameliorate gender inequality. This needs to be provided to those in and out of the formal school system, addressing topics such as violence against adolescents, responsible sexual behavior, contraception, family life, and sexually transmitted infections as well as HIV and AIDS prevention.

However, according to a study by the African Population and Health Research Center and the Guttmacher Institute, the biggest challenge that many African governments encounter is reconciling the provision of access to this right with conservative attitudes towards the subject of sex. As a social media pundit recently put it, ‘while society would not mind reading and talking about the latest sexual exploits of a ‘socialite’, they have a hard time coming to terms with teen pregnancy as a result of teen sex.’ Teens getting into parenthood means that they are getting exposed to a lot more than just babies.

Comprehensive sexuality education for those in and out of school has been touted as a way not just of curbing this rise in sexually transmitted infections, but of empowering the young with life-skills such as assertiveness and self-confidence. These would help them navigate the delicate phase of adolescence and young adulthood. This needs to be a concerted effort by the State, parents, teachers, and society at large.

As the world commemorates World AIDS Day, we reflect on how far we have come in the fight against HIV; the gains we have made, the battles we have lost and how we can strengthen these efforts for the years to come. One of the greatest weapons we have in this fight is our voices- to inform, to protect, to kill the stigma and to empower.  Sadly though, we continue to keep silent and bury our heads in the sand all in the name of culture and tradition. Today, the Virus turns the very dictates of ‘culture’ on our heads- we are now birthing and burying our young.