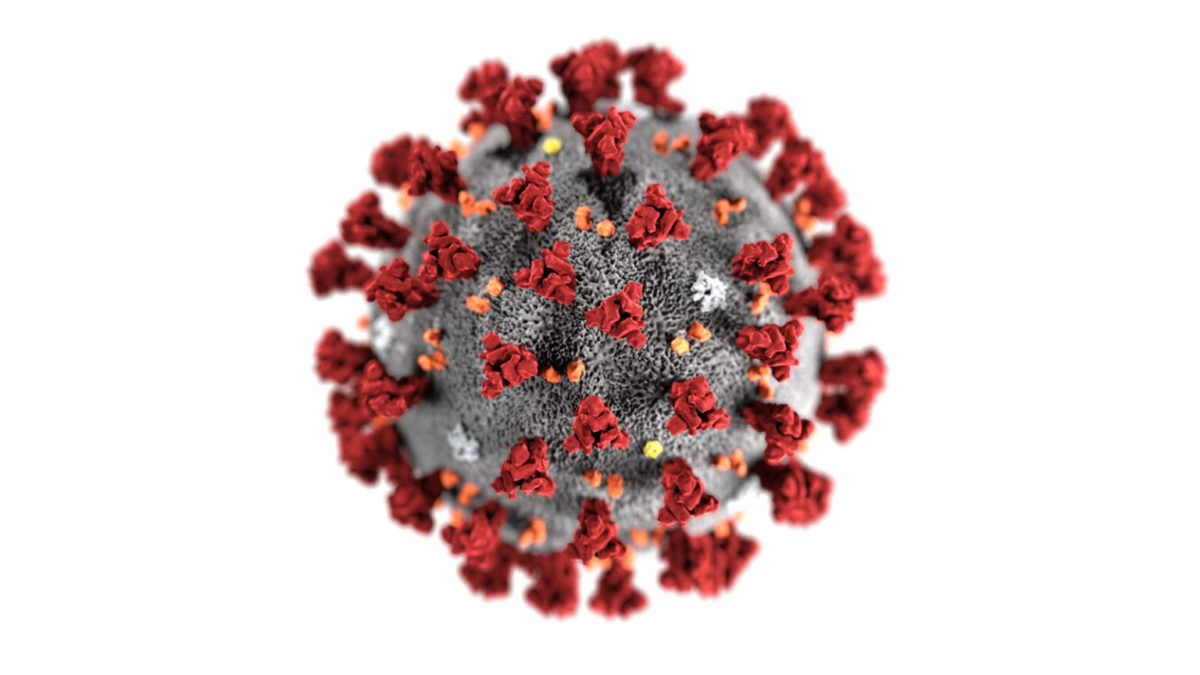 Amid a deep residue of mistrust, American and European cautions on the AstraZeneca and Johnson & Johnson vaccines risk igniting anti-vaccine fervor in countries that can’t afford to be particular.

Safety worries about the AstraZeneca and Johnson & Johnson Covid-19 vaccines have jeopardized inoculation campaigns far beyond the United States, undercutting faith in two sorely needed shots and threatening to prolong the coronavirus pandemic in countries that can ill afford to be choosy about vaccines.

With new infections surging on nearly every continent, signs that the vaccination drive is in peril are emerging, most disconcertingly in Africa.

The sense of uncertainty deepened on Wednesday when an advisory committee to the U.S. Centers for Disease Control and Prevention delayed a decision for seven to 10 days on lifting a pause on the Johnson & Johnson vaccine, saying it wanted more data on a rare blood clotting disorder. Those shots were halted on Tuesday over concerns about the disorder, which emerged in six women, and on Wednesday the panel learned of two more examples.

Also on Wednesday, the European Union said it would not make any more purchases of the AstraZeneca or Johnson & Johnson vaccines, but would pivot to relying solely on those, like Pfizer’s and Moderna’s, that are based on a newer technology and have not raised similar safety concerns.

The actions of American and European officials reverberated around the world, stoking doubts in poorer countries where a history of colonialism and unethical medical practices have left a legacy of mistrust in vaccines. If the perception takes hold that rich countries are dumping second-rate shots on poorer nations, those suspicions could harden, slowing the worldwide rollout of desperately needed doses.

Dr. Sara Oliver of the C.D.C. told the advisory panel that prolonging the pause in using the Johnson & Johnson vaccine “could have global implications.”

Already, doctors say, the recent pauses have vindicated vaccine skeptics and made many others feel duped.

“People, especially those who were vaccinated, felt like they had been tricked in a way — they were asking, ‘How do we get rid of the vaccine in our body?’” said Precious Makiyi, a doctor and behavioral scientist in Malawi, where health workers have been racing to empty their shelves of nearly expired AstraZeneca doses. “We fought so hard with vaccine messaging, but what has happened this past week has brought us back to square zero.”

African health officials have reacted with fury at the breezy reassurances of American and European lawmakers that people denied the AstraZeneca or Johnson & Johnson shots could be given another vaccine. In much of the world, there are no other vaccines.

And even as American health officials stressed that they paused use of the Johnson & Johnson vaccine on Tuesday in “an abundance of caution,” they forced global health officials to begin crafting the difficult case that shots that might not be safe enough for the world’s rich were still suited to its poor.

“It’s sending vaccine confidence into a crater,” Ayoade Alakija, a co-chair of the African Union’s Africa Vaccine Delivery Alliance, said of rich countries’ actions. “It’s irresponsible messaging, and it speaks to the selfishness of the moment that there wouldn’t be more consultation and communication.”

What rich countries call caution, poorer nations will experience as a devastating gamble with the survival of their citizens against Covid-19. “Out of an abundance of caution, let us not destroy vaccine confidence in places that only have access to one type of vaccine,” Dr. Alakija said.

The Johnson & Johnson and AstraZeneca shots have been considered especially crucial for less developed and hard-to-reach parts of the world, because they are less expensive and easier to store than Moderna’s or Pfizer’s, and the Johnson & Johnson vaccine requires just one dose.

AstraZeneca’s shot is being used in at least 118 countries. Lately, amid shortages of that vaccine, some regions have pivoted to Johnson & Johnson’s: Two weeks ago, the African Union acquired 400 million doses.

Together, the two vaccines account for a third of the portfolio of Covax, the international effort to procure and distribute vaccines.

But it is becoming more apparent by the day that those shots are becoming afterthoughts in wealthy nations. After canceling Johnson & Johnson appointments, American states offered people the pricier Pfizer or Moderna vaccines instead.

The European Union said on Wednesday that it had acquired another 50 million doses of the Pfizer vaccine, allowing it to curb use of AstraZeneca’s vaccine and phase it out altogether next year. Many European nations have already restricted the use of that shot, after clotting problems emerged in a small number of recipients.

Those decisions, intended for domestic audiences, have nevertheless resounded in countries where variants are spreading, physical distancing is a luxury and there is no choice of shots.

Health officials fear that any setbacks in vaccinations could sow the seeds of the next calamitous outbreak, one that deluges hospitals and exports new mutations around the world. In those places, doctors said, the math is obvious: Many more people will die without the AstraZeneca and Johnson & Johnson vaccines than with them.

Amid the clotting concerns, the World Health Organization and African Union have not wavered in recommending the use of the AstraZeneca and Johnson & Johnson’s vaccines. In Britain, AstraZeneca’s vaccine remains the backbone of the country’s speedy inoculation campaign, despite people under 30 being offered alternatives. Congo, after spurning the AstraZeneca shot in light of unease in Europe, said on Tuesday that it would start the much-delayed inoculations next week.

And in Dakar, the capital of Senegal, people continued to line up on wooden benches on Wednesday for the AstraZeneca shot as they watched their children run through the corridors of a medical center.

“We don’t have a choice,” said Alioune Badara Diagne, 34, who lives in the city’s lively Ouakam neighborhood. Despite talk of vaccination pauses in wealthy nations and rumors of vaccine makers using Africans as “guinea pigs,” he said, Westerners themselves were continuing to be injected. He added, “The vaccine is our only hope.”

But in much of the world, the American regulators who endorsed Tuesday’s pause on Johnson & Johnson vaccinations act as sort of surrogate decision makers on drugs and vaccines, giving their hesitation extra weight in African nations.

“I became even more skeptical when I heard that the United States suspended Johnson & Johnson,” said Lawmond Lawse Nwehla, 32, an engineer in Dakar. “They said it was effective and then they stopped it. So I wonder why.”

In immediately pausing the use of Johnson & Johnson’s shot, American regulators reacted more aggressively than did their British counterparts, who backed the AstraZeneca vaccine even as they investigated clotting cases.

The costs of the American approach were already evident in Europe, where many nations stopped and then restarted AstraZeneca vaccinations, only to find that it had become a pariah. Most people in France, Germany and Spain distrusted the vaccine.

“Once you take the cork out of the bottle, I’m not sure you can get it back in particularly easily,” said Anthony Cox, a vaccines safety expert at the University of Birmingham in England.

South Africa immediately copied the American pause on Johnson & Johnson vaccinations, infuriating doctors who are still clamoring for shots, especially in remote parts of the country. In February, health officials dropped the AstraZeneca vaccine over its limited efficacy against a dangerous variant there.

To date, only half of 1 percent of the population is vaccinated, and a mere 10,000 shots are being given each day. At that rate, it could take weeks, if not longer, for a single rare blood clotting case to emerge, said Jeremy Nel, an infectious disease doctor in Johannesburg. He was dismayed by the decision to pause shots, given the risk to vaccine confidence in a country where two-fifths of the people say they have no intention of being vaccinated.

“The slower you go, that failure is measured in death,” Dr. Nel said. “Even if you delay for a week, there is a non-trivial chance that will cost lives.”

The solution in many European countries — to stop using seemingly riskier vaccines in younger people, who are at lower risk from Covid-19 — would be unworkable in Africa, where the median age in many countries is below 20.

And any further restrictions would compound the hurdles facing Covax, among them a paucity of funding for every part of inoculation programs beyond the touchdown of doses at airports.

Skittishness over the AstraZeneca and Johnson & Johnson vaccines, analysts fear, could stoke demand for Russian- and Chinese-made shots about which far less is known. As it is, some global health officials have turned their attention to the Novavax vaccine, which is not yet authorized but makes up a third of Covax’s portfolio.

“Even at this stage of the pandemic, we have our fingers crossed that some vaccine will work to help vaccinate developing countries, instead of ramping up production of vaccines we know work,” said Zain Rizvi, an expert on medicines access at Public Citizen, an advocacy group.

In Kenya, where enthusiasm for vaccines is high in cities but perilously low in rural areas, “the story about blood clots from Europe could not have come at a worse time,” said Catherine Kyobutungi, the director of the African Population and Health Research Center there. “Even those who were perhaps on the fence, and leaning toward getting vaccinated, all of a sudden had second thoughts,” she said.

“When the F.D.A. suspends, it makes headlines for days,” she said. “When it lifts the suspension, it doesn’t make as many headlines.”

This article was originally published in the New York Times.