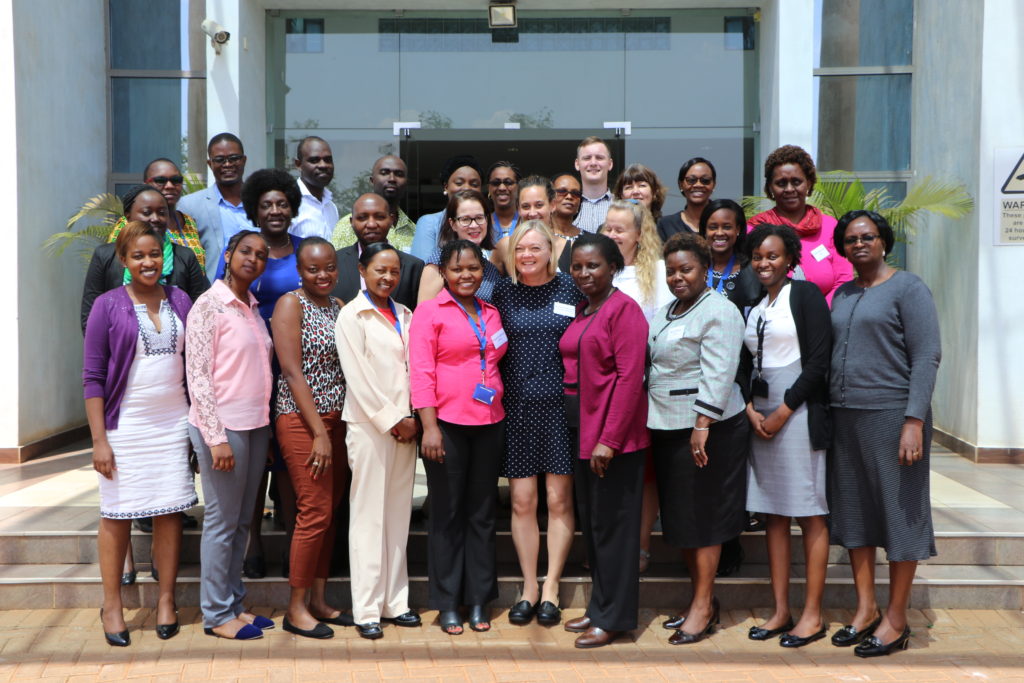 Traditional values and practices that informed dietary choices in Africa are changing, in no small part because of the widespread and sustained population shift away from rural, agrarian settings, into urban ones, where fresh, whole foods are increasingly replaced with fast, processed ones.

Highly processed, high-calorie and low-nutrient foods, are commanding an ever-larger share of diets among African urban dwellers leading to ever-higher rates of obesity. According to World Health Organization estimates from 2008, one in 20 African urban men is obese; that number more than doubles to over one in 10 women. High rates of obesity puts people at greater risk of heart disease, high blood pressure, diabetes and a host of other non-communicable diseases. But it’s not just adults who are seeing their waistlines expanding. Childhood obesity in the region is also on the rise.

Kenya, in particular, is confronting an obesity crisis. Over the last decade, the number of adults identified as obese has risen from 25% of the population to 40%.[1] Considering that the country is also confronting a problem with chronic malnutrition in some communities, it is clear that there is inequitable food access. This could compromise growth and development and impede Kenya’s vision of attaining the Sustainable Development Goals. Across the continent, Ghana, too, is confronting an obesity crisis of similar epic proportions.

Global campaigns to promote awareness of healthy food choices have gained little traction in Africa, primarily because they ignore the national context or are simply not responsive to the socio-cultural, economic, and traditional factors that influence the daily eating habits in the region.

To bridge the knowledge gap, APHRC and researchers from the University of Ghana, together with partners from the universities of Sheffield, Loughborough, and Liverpool in the United Kingdom, are launching a new study on dietary transitions in African cities. The aim of the two-year project is to understand dietary practices and drivers of food choice in Kenya and Ghana, and how this evidence can be used at both the policy and practical levels to promote healthy diets and prevent diet-related non-communicable diseases.

“Our project will explore factors associated with food consumption patterns; we want to understand what people eat and where, how and with whom,” explained Dr. Stella Muthuri, the lead researcher of the project at APHRC. “By understanding some of these patterns, and the role that food choices play in people’s everyday lives, we are hoping to develop concrete evidence to inform the development of national food-based dietary guidelines and other best practices.”

The study will also identify promising interventions from other countries in the region that may be considered as part of national approaches to managing diet-related NCDs.

“We will use geographic information system (GIS) technology to map the food environment in various neighborhoods to understand what guides people’s food choices,” said Dr. Muthuri. “Based on these results, we will identify the range of factors associated with dietary patterns and practices and compare them to current policy approaches to assess which gaps may require policy action.”

Participants in the July 18 launch of the food choices study, representing APHRC, the University of Ghana and three UK partner institutions. Senior officials from the Kenyan Ministry of Health, non-governmental organizations and academia were also part of the inception meeting.

Researchers from the five partner institutions conducting the food choices study launched the project on 18 July 2017, alongside senior officials from Kenya’s Ministry of Health, and representatives from non-governmental and community-based organizations, who will continue to work closely during the intervention phase of the project. Funded by Medical Research Fund under the Global Challenges Research Fund, the Food Choices project could help contribute to a shift towards healthy eating habits in cities across Kenya and Ghana – and beyond.

[1] BMC Public Health, “Overweight and obesity in urban Africa: A problem of the rich or the poor?” 2009.