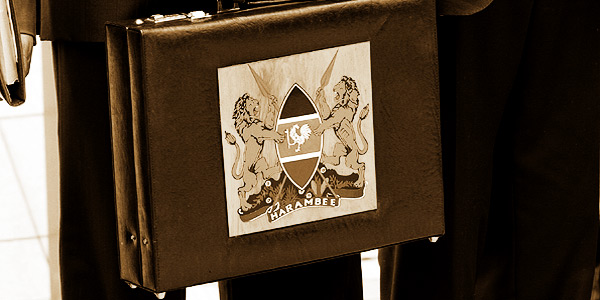 Each year, Kenyans wait anxiously for the budget to be read by the Finance Minister. This year, things were a little different with the new Cabinet Secretary for National Treasury, Henry Rotich, making the presentation. He also was the first non-MP to read the budget since independence.

Despite all these firsts; as well as the fact that he did the presentation in record time while embracing technology by reading from an IPad, he still failed to win the hearts and minds of Kenyans because of a new tax bill. Many Kenyans feel that the VAT Bill which would expand the tax bracket to include basic commodities that are currently zero rated would have a negative ripple effect on some of Kenya’s poorest. Many people feel that a raise in the tax on commodities would increase expenditures and lower savings thus exacerbate the already dire poverty situation.

The term zero-rating is used in the VAT Law to refer to supplies of goods and services that are subject to VAT tax but taxable at the rate of zero percent. The Value Added Tax Act Chapter 476 currently has a list of over 400 zero-rated goods and services. The new bill proposes to reduce that number from 400 to a paltry five items. The main contention around this is that some of these goods are considered basic needs and thus taxing them would make them more costly and hurt low income individuals in society. Some of these basic goods include maize flour, milk, sanitary pads, rice, and liquefied cooking gas among others.

During an interview on Citizen Television, the Deputy President tried to explain the revised VAT Bill by saying that 70% of the rural populations produce their own food and therefore would not be affected by high prices on processed commodities. He further claimed that this bill would only affect individuals who purchase these commodities over the counter and according to him; this particular group of people are not too badly off and wouldn’t be hurt by the price increases.

The Deputy President’s statement and the new VAT bill are clearly out of touch with the plight of the majority of the Kenyan population and more specifically, the urban poor population which has grown tremendously over the recent past. For example, the population living in Nairobi, the largest metropolis in Kenya, has grown steadily from about 2.5 million people in 2002 to 3.5 million people in 2010. As a result of this continued growth, informal settlements or slums have steadily cropped up; it is estimated that slums now accommodate over 60 percent of urban population. These slums are characterized by chronic poverty, insecurity, illiteracy, poor dietary diversity, poor health and sanitation.

Clearly our leadership needs scientific evidence on the potential impact of the VAT Bill. Researchers could help shed light on the real state of affairs of Kenya’s rural and urban poor. For example, let us take a quick glimpse at data collected in 6 urban informal settlements in Nairobi and Kisumu (Mukuru, Korogocho, Viwandani, Dandora, Nyalenda and Obunga) and 1 non-slum site (Jericho). Over 13,000 respondents were interviewed in seven rounds of a repeated cross-sectional study from 2011-2013. The study was conducted by the African Population and Health Research Center and Concern Worldwide in the Indicator Development of Urban Emergencies (IDSUE) project. The data reveals that over 98 per cent of respondents report over-the-counter purchases as their main source of food and only less than 1 per cent percent of respondents produce their own food.

This coupled with the fact that over 50 per cent of the respondents were reported to be severely food insecure, paints a desperate picture of the situation facing many urban poor residents.  In addition, the average monthly income of the main breadwinner in these areas ranges from only Ksh.7, 000 to Ksh.11, 000. The fact that this income is unreliable makes the situation even worse.

This research evidence shows us that the urban-poor population is already living in a constant state of urban emergency and introducing the proposed VAT Bill on the mere basis that 70% of the rural population produce their own food fails to consider the urban poor. It is therefore likely that the new VAT law will perpetuate and deepen poverty levels for Kenya’s poor. Although the government’s intentions are noble; to raise more revenue and as a result be able to provide social amenities to Kenyans, its policy positions and actions should be adequately informed by research evidence. The onus thus lies with researchers to offer this evidence, and for our leaders to ask for it.