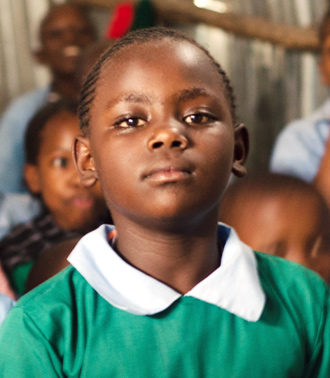 Almost half of the children living in urban slums in Kenya do not have access to free primary education, a study released on Wednesday by the Ministry of Education and the African Population and Health Research Center revealed.  The study also showed major differences in class three test scores between students attending public and those attending private schools.

The study, released at the Hilton Hotel in a ceremony presided over by the Cabinet Secretary for Education Professor Jacob Kaimenyi indicated that 47% of children in urban slums across the country attended low-cost private schools, staying away from the free education offered by government schools. More surprising was the reasons given for this with parents citing lack of access to public schools as well as concerns about the quality of education offered to their children in these schools.

Similarly, the study also highlighted shortcomings in teacher-content knowledge and teaching skills in public primary schools with a significant proportion of math teachers performing poorly in a teacher-math test conducted as part of the study. This, according to the study, was a significant indicator of the quality of education being delivered in the classrooms.

Speaking during the launch, Professor Kaimenyi said that it was imperative that that all teachers be subjected to continuous in-service training and this should shift from theory based to practical and classroom-based teacher support program.

“While the current Ministry of Education and the Teacher Service Commission strategy to improve quality of education through enhancing teacher’s pedagogical skills is laudable, it can be enhanced to improve learning outcomes; this report helps us bridge that gap,” said Professor Kaimenyi.

The study also compared students’ grades with the length of time a teacher has taught and found that the more the years of teaching by a teacher, the lower the pupil math scores suggesting a need for teachers to have measurable annual quality assurance goals and professional support.

“It is important to provide classroom-based support to enable teachers to teach effectively and to see better learning outcomes for students,” said Dr. Moses Ngware, an education researcher at APHRC and a lead researcher on the study.

The researchers said that children are experiencing classroom-based learning challenges caused by the poor teaching practices. These are likely to lead to the pupils going through the school system without acquiring the necessary competencies. They pointed out the need for a shift from theory-based in-service teacher training to a more practical classroom-based teacher support in order to make teaching more effective in improving learning outcomes. Such practical classroom-based support mechanisms could for example involve head-teachers observing classroom practices and helping teachers improve their teaching skills.

However, the study also highlighted the positive role that parents played in the education of their children.

“Parents are key players in their children’s education and appreciate the quality of education their children are getting,” said Dr. Ngware. “In this study, one thing stood out about the parents; the realization of the link between teacher performance and the performance of children in a given school.”

The study was conducted between January and March 2012 in seven urban informal settlements in Eldoret, Kisumu, Mombasa, Nairobi, Nakuru and Nyeri.

Highlights
Key findings from the report:

APHRC is a regional non-governmental organization that conducts policy relevant research on population, health, and education and drives its use in policy and practice, as well as strengthens the research capacity of upcoming African scholars and institutions.