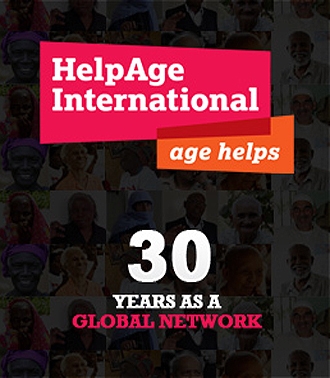 Government Urged to Address the Needs of the Elderly.

By Isabella Aboderine, Head of Aging and Development Program, APHRC in conjunction with HelpAge

Africa continues to lag behind the rest of the world in meeting the needs of the aged.

Policy makers have been urged to develop policies that will make Kenya more conducive for the older person. During a high level breakfast meeting convened today by HelpAge International East, West and Central Africa Region and the African Population and Health Research Center (APHRC), it was pointed out that Kenya does not even appear on the Global AgeWatch Index released this month by HelpAge International due to a lack of concrete and usable data on older person population.

The breakfast meeting brought together senior officials from the government, civil society, private sector, donor agencies and researchers from APHRC. Speaking during the session, Isabella Aboderine, a senior researcher at APHRC told the gathering that one of the reasons why the needs of the older person were not adequately taken care of in Africa was due to a misconception that this group of people did not constitute a significant demographic nor that they could make a significant contribution to the economy.

“There is a misconception that in Africa, the older person are automatically taken care of by their families”, said Dr. Aboderine. This sometimes creates the erroneous impression that the state has little or no role to play in the lives of the older people of Africa.

Dr. Silvia Stefanoni, Director of Programmes, indicated that this is the first Index of its kind that will promote dialogue in relationship to improving policies and practice related to older people.

Speaking at the forum, Cecilia Mbaka of the Ministry of Labor acknowledged the role the Ministry in coordination to promote a multi-sectoral approach to ageing. Further she noted the huge number of older people enrolled on the cash transfer program and said that it could be a pointer to a more fundamental problem in the system.

Also speaking at the forum, the acting director of the Kenya National Bureau of Statistics, Mr. Zachary Mwangi said that his organization would try to fill the information gaps in the Global AgeWatch Index as part of the effort to provide more evidence to policy makers.

The breakfast meeting comes in the shadow of HelpAge’s 30 year anniversary since its founding and also its international board meeting that is taking place in Kenya for the first time. The breakfast meeting was aimed at creating a forum where stakeholders would offer their perspectives on how best to address the needs of the older people as well as identify gaps in current policies around the older people in Kenya.

HelpAge International was founded in 1983 with an aim of helping older people claim their rights, challenge discrimination and overcome poverty, so that they lead a dignified, secure, active and healthy lives.

In Kenya, HelpAge International has been involved in a variety of initiatives to help the older people such as emergencies, tackling health and HIV & AIDs related issues and supporting the Hunger Safety Net Programme in northern Kenya and promoting research on gender based violence in relation to witchcraft accusation in Kilifi.

For more information on the Global Age Watch Index and the High Level breakfast meeting, please get in touch with Roseline Kihumba of HelpAge  – International – East, West and Central Africa on telephone 0725 669241 or on email rkihumba@helpage.co.ke or Jane Scobie, Director of Communications and Advocacy at HelpAge International on Telephone +447713070306 or on email  jScobie@helpage.org.