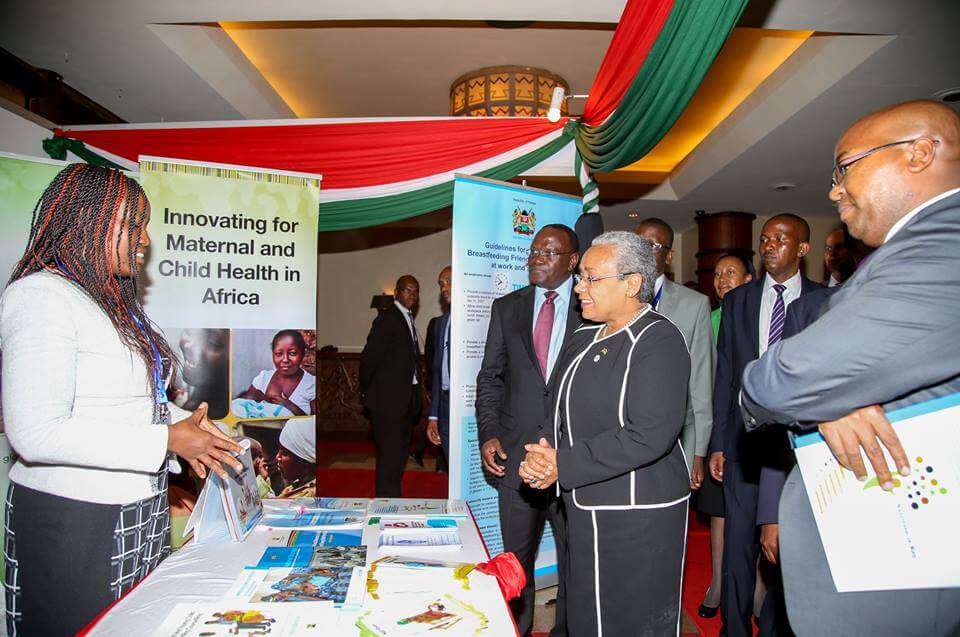 Kenya joined South Africa, Sweden, the US and India to launch the 2016 Global Nutrition Report. The launch event was hosted by Kenya’s first lady, Her Excellency Margaret Kenyatta, in Nairobi on June 14 and attended by dignitaries and champions of nutrition.

The Global Nutrition Report (GNR) is an annual independent review of the state of the world’s nutrition status, and documents progress on commitments towards the goal of ending malnutrition and recommends actions to accelerate progress against global targets such as the World Health Assembly nutrition targets for 2025. The ultimate aim is to ensure that these commitments are reasonable, measurable and responsive to the national contexts.

Kenya was selected among the five countries to honor its progress in tackling nutrition-related health challenges including obesity and diabetes. Despite a recent nationwide study that sounded warning bells about rising rates of hypertension, diabetes, and other non-communicable disease, Kenya is on track toward achieving a number of child-specific targets including exclusive breastfeeding, child obesity, stunting, and wasting. Additionally, Kenya has recruited an impressive cadre of development partners to supplement its own investments in combatting malnutrition.

The first lady expressed pride at Kenya’s efforts to address these persistent challenges, which threaten overall population health, and called for continued commitment to ensuring progress is made.

“We know that it is only healthy people who are able to be productive, innovative and aspirational, free to drive businesses, and work harder for their employers, and allow infants to grow into young healthy adults,” she said.

Nutrition is not the first lady’s only area of interest. In founding the Beyond Zero campaign to improve maternal and child health in a country where such mortality rates remain unacceptably above global targets, she noted that she has seen first-hand the impact of poor diets and poor health environments on children.

“The burden of malnutrition not only robs our children from experiencing their full potential, malnutrition affects families, communities and societies. It affects us all, and we must therefore do more to address this challenge,” she said in a keynote address, emphasizing that new policies and national investment in nutrition are essential weapons in the fight against malnutrition.

According to the first lady, exclusive breastfeeding is also of utmost importance, and providing women with the supportive environments they need to maintain breastfeeding or to express milk once they return to work will be critical to increasing the number of Kenyan mothers who breastfeed for the recommended six months, then subsequently for up to two years with supplemental feeding.

Similar sentiments were echoed by Parliamentary Health Committee Chair Hon. Rachael Nyamai as she expressed confidence that the legislative body “will ensure mothers are given the right environment to breastfeed”.

Obstacles notwithstanding, the first lady noted that Kenya is capable of bringing an end to malnutrition by 2030, in line not only with the global Sustainable Development Goals but also with the plans outlined under the country’s Vision 2030.

“We already have demonstrated that we have the moral and economic motivation; we have the resources; we have the guiding national documents; and we have the impetus to do away with malnutrition for good,” she said.

Health Cabinet Secretary Dr. Cleopa Mailu used the report’s launch to call for a better response to the problems of low birth weight, stunting, and wasting. According to the latest Kenya Demographic and Health Survey (2014), one in four Kenyan children are stunted (short for their age), and nearly one in 10 is severely stunted.

Health Principal Secretary Dr. Nicholas Muraguri said that while Kenyan children are improving against global indicators, the risks to the adult population are mounting. One in three Kenyan adults are either obese or overweight and are exposed to further health risks like cancer, hypertension, and diabetes.

Those who spoke during the event reiterated the importance of data and evidence to inform policymaking and action. Donors including the European Union called for more analysis of the root causes of malnutrition in order for targeted interventions to address both the cause and consequences.

APHRC research has already helped to drive nutrition-related policymaking in Kenya. Working in collaboration with the Ministry of Health, APHRC is conducting research in urban and rural settings in Kenya to inform implementation of the Baby Friendly Community Initiative (BFCI), which promotes optimal breastfeeding and other infant and young child feeding practices at the community level in order to reach all mothers and provide a continuum of care.

Another joint initiative with the MoH and partnership with UNICEF includes research to inform the enabling of baby friendly workplaces to help women successfully combine work with breastfeeding.

One of the programs that piqued the interest of the Kenyan first lady during the launch event was a partnership the MoH and APHRC have formed with PATH to inform the establishment of human milk banking in Kenya as a strategy to provide access to breast milk for vulnerable children including pre-term babies, orphans and low-birth-weight infants who may not have access to their mother’s own milk.