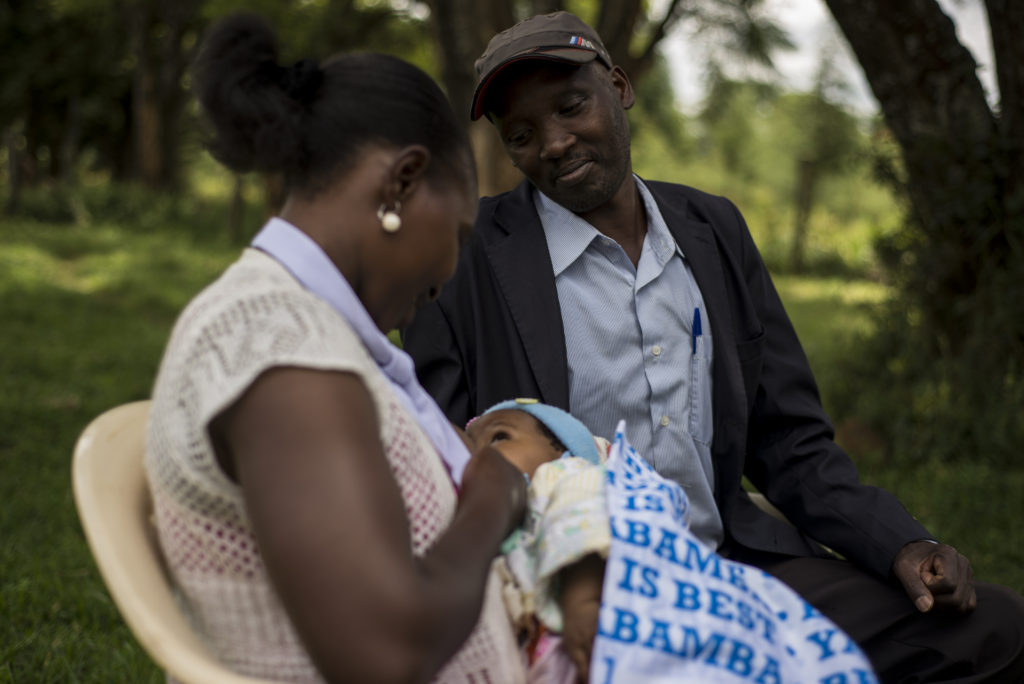 Exclusive breastfeeding for six months is demanding on a mother in many ways. Many first time mothers grapple with how to breastfeed, keep consistent milk production, and provide breastmilk when they are away from their child. The baby-friendly community initiative (BFCI) is a global strategy recommended by the World Health Organization (WHO) for the promotion of optimal infant and young child feeding. It stipulates exclusive breastfeeding for the first six months of infancy and extended breastfeeding after six months to at least one year with proper complementary feeding. In line with this recommendation, APHRC conducted two studies; one in urban informal settlements in Nairobi (Korogocho and Viwandani) and the other in a rural setting in Koibatek sub-County, Baringo to help inform its customization in Kenya. In both projects, undisputable benefits were realized by various community members involved and exclusive breastfeeding rose remarkably.

The BFCI intervention projects used community health volunteers (CHVs) to seek out mothers and deliver home-based counseling that was effective at teaching mothers on the importance of breastfeeding. They taught mothers how to initiate breastfeeding immediately after birth. CHVs assisted mothers to position and attach a child to the breast correctly. This support allowed mothers to learn and settle into a knowledgeable breastfeeding rhythm, never experienced before by most. In the rural setting, mother support groups were formed to give peer support to breastfeeding mothers. APHRC further sought to establish the social impact that this work had on the community members by evaluating the Social Return On Investment using the case of study in an urban context. The analysis sought to value the changes experienced by the community, unexpected outcomes, and even undesirable outcomes against the overall cost of the implementation.

“I did not know about clinic visits and breastfeeding the baby until six months. My other child was often sickly because of this, but now I know better,” said one mother. With the knowledge gained on breastfeeding, complementary feeding practices, and hygiene, her experience exclusively breastfeeding her infant child was rewarding. Many mothers reiterated the same sentiments.

Regarding their health, mothers mentioned that counseling from CHVs helped them reduce risky behavior like smoking and increased their knowledge on proper nutrition during and after pregnancy. Benefits of the intervention were registered from the men as well as they spoke of learning how to support their lactating spouse, participating in childcare, and being more involved in family planning.  Grandmothers as caregivers also learned better childcare practices enabling them to provide informed support to young mothers.

The intervention was not without challenges. Some undesirable outcomes included mothers having to choose between work and taking care of their young children to effectively breastfeed. Having been informed on the nutritional needs of a child, one mother alluded to the fact that it now costs her more to put a meal on the table. Another related to having difficulty transitioning to weaning having exclusively breastfed, to the extent that her child fell ill.

Findings from the implementation of the project by APHRC and partners in Korogocho and Viwandani reported a social return on investment of $71 for every one dollar spent in the intervention. The community demonstrated that the work of breastfeeding a child presented itself as a social task and not a responsibility solely for the mother.  The community is a support system that can serve to encourage mothers to breastfeed and ultimately improve their competencies in infant feeding.