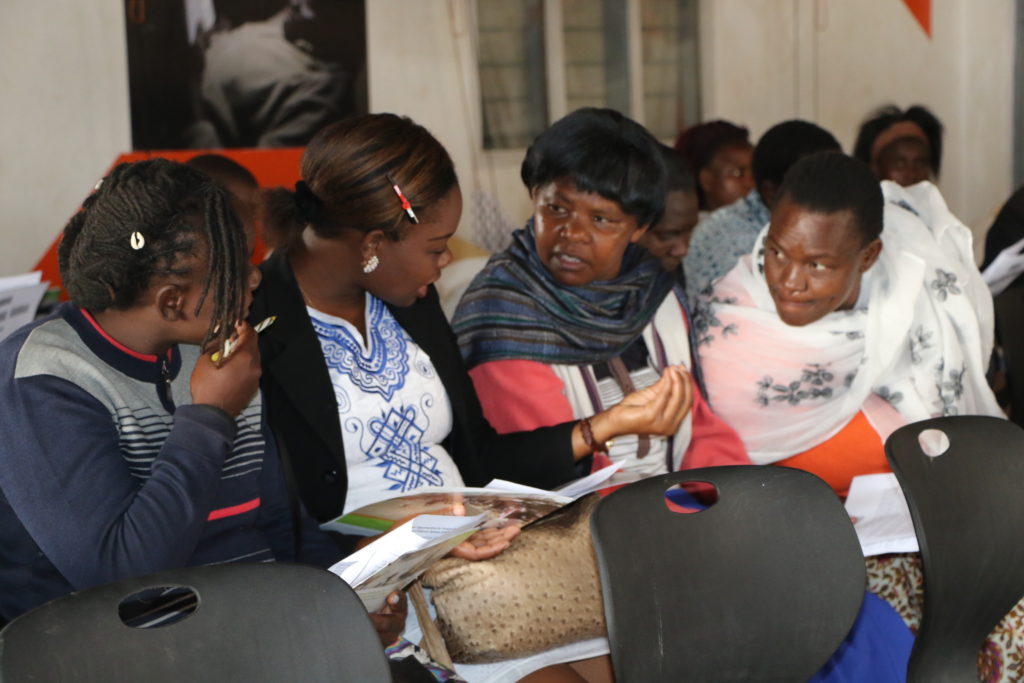 Spending less than US$5 a month on average per child for paid child care may seem like pocket change for many – but for a mother in Korogocho, it’s the difference between being able to earn a living while also ensuring that her child is well taken care of. Mothers are often faced with difficult choices such as leaving their young children with a neighbor or unattended, as they go to look for work. Some mothers are even forced to take their children to work at a nearby dumpsite which poses risks to health and safety.

A study by APHRC and McGill University offered mothers one year of free daycare at participating daycare centers in the community to learn whether it would increase their ability to engage in economic activity.

According to the study, labor force participation was 8.5 percentage points higher among mothers who received free child care compared to mothers who had not received free care, during the year of implementation. Given that men are currently 10 percentage points more likely than women to be in the labor force in Kenya, subsidizing daycare could almost eliminate the participation gap.

In July when the researchers met with community members in Korogocho to discuss study findings, they got to hear the community members’ personal experiences and observations related to the intervention which had recently concluded. Because more children had been attending daycare, they had noticed there had been less cases of neglect and child abuse in the community.

The community perceived improved health outcomes as well. “Our children are not getting sick anymore,” a village elder said, “and we have less children being locked in the house or left unattended [while their mothers work].”

A community health volunteer said, “We are able to reach more children with polio vaccines and deworming medicine since we can find them all at one place – at daycare centers.”

Teachers at participating daycare centers said the program allowed them to receive their pay on time, that children attending their centers were well fed, and that the overall quality of daycare infrastructure had improved. Some daycare owners hired more teachers.

As a result of the intervention, researchers found that mothers reported being freer to engage in work or to look for work without worrying about child care; that their older children did not have to miss school or play-time because they had to take care of their younger siblings; and, that there were fewer children in the community left unattended and exposed to harmful sites, workplaces, and road accidents.

The nurse in charge at the only public health facility in Korogocho was not directly involved in the project, but she observed a reduction in child malnutrition in the community during the project period. “Such interventions should consider supporting health workers in the community to ensure a consistent supply of commodities such as nutrition supplements and drugs to improve the general health of our children,” she said.

Despite the gains, community members reported that following the end of the free daycare provided as a part of the study, the situation rapidly returned to pre-intervention norms for most mothers and daycare owners in which mothers cannot afford care and are unable to earn as much as they otherwise might. The project team is actively disseminating the findings in hopes that they will spur key policy actors in government and non-governmental organisations, as well as private sector, to provide and expand similar resources moving forward.