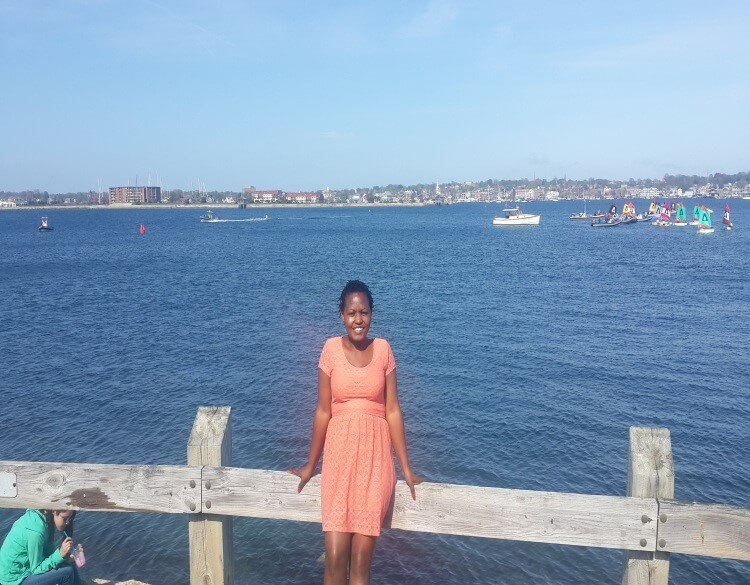 Every Scholar Needs a “Time-Out”; Reflections on My Short-Term Scholar Visit to Brown University 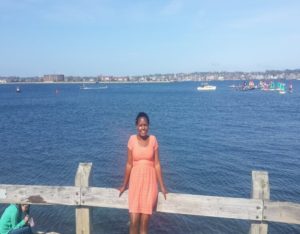 “Publish or perish” is a commonly used phrase in the academic circles, though it originated from non-academic circles. For academic excellence, one must continuously publish, as publications are one of the few ways that academics have to demonstrate their academic aptitude. More often than not, researchers are so bogged down by administrative responsibilities that publishing becomes a luxury rather than a necessity in their academic life. Enthused by a recent great opportunity for “time-out” from administrative responsibilities, I narrate my experience!

I am the lucky beneficiary of a short-term African visiting scholars program, hosted by the Population Studies and Training Center (PSTC) at Brown University, funded through the National Institute of Child Health and Human Development (NICHD).

It may never come along easily!

“How will your time away be accounted for”? A concern from APHRC administration, given that the Visiting Scholar Fellowship was not taking care of my salary. That was the first hurdle I had to overcome!

You cannot go for a whole six weeks and leave us alone! The second hurdle, coming from my family! And so I reduced the stay to three weeks.

“Frankly speaking, Liz, do you still want to come to Brown? Or does this change of schedule reduce your enthusiasm to travel here?”

These were kind concerns from Professor Stephen McGarvey (Steve, as everyone calls him), Director of the International Health Institute at Brown University, with whom I worked during my visit at Brown, as a mentor. He was concerned with my struggles to get a J-1 Visa, the third hurdle!

“J-1 visa? My God!” I never thought I needed a J-1 visa. “Am I a student?” I had asked myself. I always thought that J-1 visas were meant for students or people going on exchange training programs. It took some effort and persistence to get it!

I was not going to give up. I really needed the “time-out.” I really needed papers written! My response to Steve was “YES!” And, yes, I made it, thanks to Andrew Foster, Ana Karina Wildman, Susan Silveira, and Tom Alarie at the PSTC, Brown University, among others who worked tirelessly to ensure that I got the Certificate of Eligibility for the J-1 visa.

When I arrived at Brown University, I had a meeting with Steve. He asked me, “(Liz), what do you want to achieve during this visit?”

I was hesitant to tell him at first, because I did not want to tell him that I wanted to deviate a bit from what we had agreed on when I wrote the proposal for the visit. But then he added, “Be selfish, (Liz)!” It’s like he read my mind. I giggled and replied, “YES, (Steve), I want to be selfish. I need to get outputs from my Wellcome Trust fellowship.” It was clear in my mind: I wanted to work on two papers from data for my Wellcome Trust Fellowship, because I aspire to apply for an Intermediate Fellowship soon.

Work as if there was no tomorrow!

During the three weeks of my visit, I worked day and night (“trans-nighting”) to get the papers done! I sent sections of the papers one after the other to the co-authors including Steve. I was often quick to add, “I know that not all of you may be in a position to work with my timelines,” except I almost always added, “but Steve,” because I had a “contract” with Steve! He usually responded to my emails within a day. He seemed to also have the luxury of time as I did.

The visiting scholarship, especially working with Steve was a great experience! I particularly liked Steve’s great mentorship and pragmatic perspective. “Success has a thousand fathers!” I liked this advice from Steve, because sometimes I struggle to decide who to include or exclude as co-authors or co-investigators. Now I am reminded, “Yes, success has a thousand fathers; failure is an orphan!” What great advice! This was one of the many words of wisdom that Steve inspired me with during our interactions.

Apart from papers, we discussed a few ideas for potential collaborative grants, as well as critical issues in our collaborative project being implemented in Kenya. Above all, something that may not be counted, but critically important, was getting to know each other for potential collaborations in future. “I now know you, Liz, and we now trust each other,” Steve often said. Yes, trust is very important for successful collaborations! True, I now know Steve, and I trust him. I don’t regard him as “that professor,” and he was quick to tell me in our first meeting, “You can call me Steve.”

Before the visit, we had only met briefly in a meeting, and we may not have even said “hello” to each other, because we were strangers. We have been collaborating on an NIH/USAID funded project in Kenya (as strangers) through emails and Skype calls. What a great opportunity to finally meet!

Apart from Steve, I met other interesting and great people with whom we discussed potential future collaborations. I also managed to meet other research fellows and students at Brown!

Remember “All Work and no play makes Jack a dull boy”!

It was not all about books! I had some fun and light moments, thanks to Nicky Hawley for the drives! I really enjoyed my stay in “God’s merciful Providence” City. I was lucky to experience the WaterFire event in Providence. I was like, “Wow, fire in the dark, on top of water in a river, in the middle of the city!” Isn’t that amazing! It was so awesome! I toured the coast of Newport during the Volvo Ocean Race Stopover. And shopping! “My goodness! I love shopping! I could shop the whole day!” My three-week’ “Time-Out” had enough fun too!

The visit was so successful! In three weeks, we managed to work on at least one of the papers and start on the analysis for the second, in addition to discussing potential collaborative proposals, career development mentorship, and getting to know each other, especially with Steve and other people at Brown. I was able to address a backlog of many other things including reviewing and submitting other collaborative papers and addressing other deliverables, like the end of grant report for my Wellcome Trust Fellowship.

Reflecting through what I was able to achieve during the three weeks, I am convinced now than ever before that in deed, Every Scholar needs a “Time-Out”. This does not only give a scholar time to stay away from administrative duties but allows one to have time to reflect upon their work and is more productive time. During this period one can actually write papers as I did.

If you are a scholar, this should be your next target, “Time-Out”!