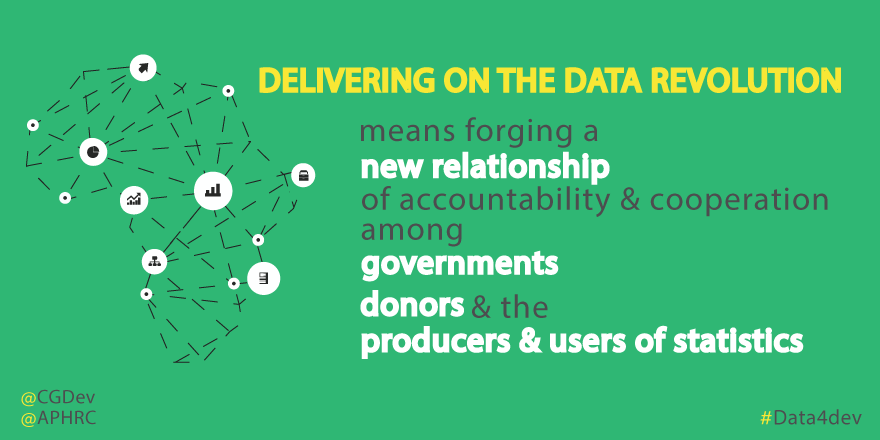 African governments should work with development donors to fund the collection of a wider and better range of social and economic data, a meeting on the quality of statistics in Africa has heard. Many African nations have weak systems for collecting and distributing statistics on issues such as employment and agriculture, making it difficult to assess the scale of poverty or the success of development initiatives, speakers said.

The meeting, hosted by the Center for Global Development (CGD) in Washington DC, United States, on 6 April, heard that African countries largely rely on donor funding from sources such as the World Bank and the Bill & Melinda Gates Foundation to collect national statistics.

But this funding is inadequate, said Amanda Glassman, a global health policy researcher at the CGD.

Just two per cent of official development assistance goes towards collecting and producing data, she told the audience. Furthermore, she said, most funding for data collection is “skewed” towards health issues and household surveys, following funders’ strategic priorities.

“Equal weight needs to be given to different issues, such as the labour market”, to fill knowledge gaps, she said.

Last year, UN secretary-general Ban Ki-moon called for a “data revolution” in Africa to help achieve the Sustainable Development Goals. Glassman and other development researchers at the meeting set out their analysis of the state of African statistics in a special issue of The Journal of Development Studies, including some open access articles, at the end of March.

But Yemi Kale, the statistician general of Nigeria’s National Bureau of Statistics, dismissed the idea that African data is of low quality. “The statistics are not poor,” he told the audience. “The quality of statistics produced now is better than a decade ago.”

Some of the improvements are driven by international businesses, who need data to make investment decisions in the emerging markets that they have a growing interest in, the meeting heard. Citizens are increasingly using national data to hold politicians to account, it also heard. But Kale agreed there are “data gaps” in social indicators, such as school attendance.

The World Bank has recently started to provide some funding to African governments to improve the registration of births, marriages and deaths, and the collection of data on maternal and child health, said Andrew Dabalen, the lead economist for the bank’s Africa region.

The bank plans to take bolder steps in encouraging countries to publish data collected with its funding. Dabalen told SciDev.Net that reforms under discussion include “asking countries to opt out” or their data would automatically be published on the bank’s website.

This is part of a set of pieces on data funded by the Hewlett Foundation.

This article was originally published on SciDev.Net. Read the original article.