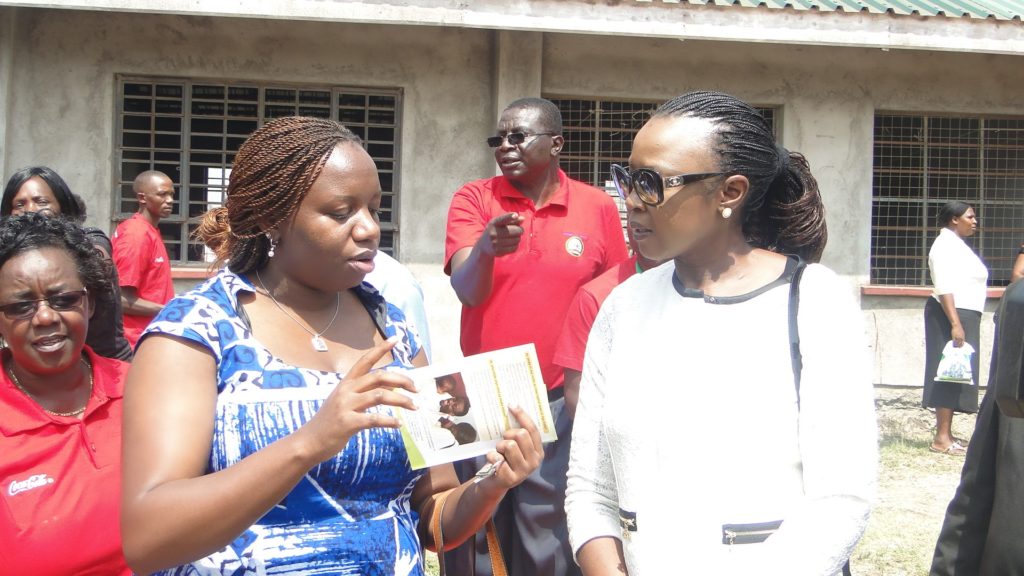 The African Population and Health Research Center (APHRC) officially handed over the second ambulance to the Makadara Sub-County on the 18th of September 2014. The ceremony was officiated by Nairobi County’s First Lady Dr. Susan Kidero.

Dr. Kidero was received by Ruthpearl Nga’nga, our Policy Engagement Manager, who talked to her about our PAMANECH project and stressed on the significance of working closely together to improve the entire healthcare system so as to adequately cater to the health needs of our mothers, newborns and young children.

Ruthpearl talking to the First Lady about the PAMANECH project

The ambulance was donated to APHRC by Comic Relief and is expected to primarily serve the people of Viwandani, although the residents around Makadara Sub-County stand to benefit from it albeit not at a subsidized rate.

The handing over ceremony was conducted during the launch of Beyond Zero, a national campaign that seeks to reduce the maternal and child mortality rates across the country. The launch was marked by a free medical camp and APHRC was represented by some of our Community Health Workers