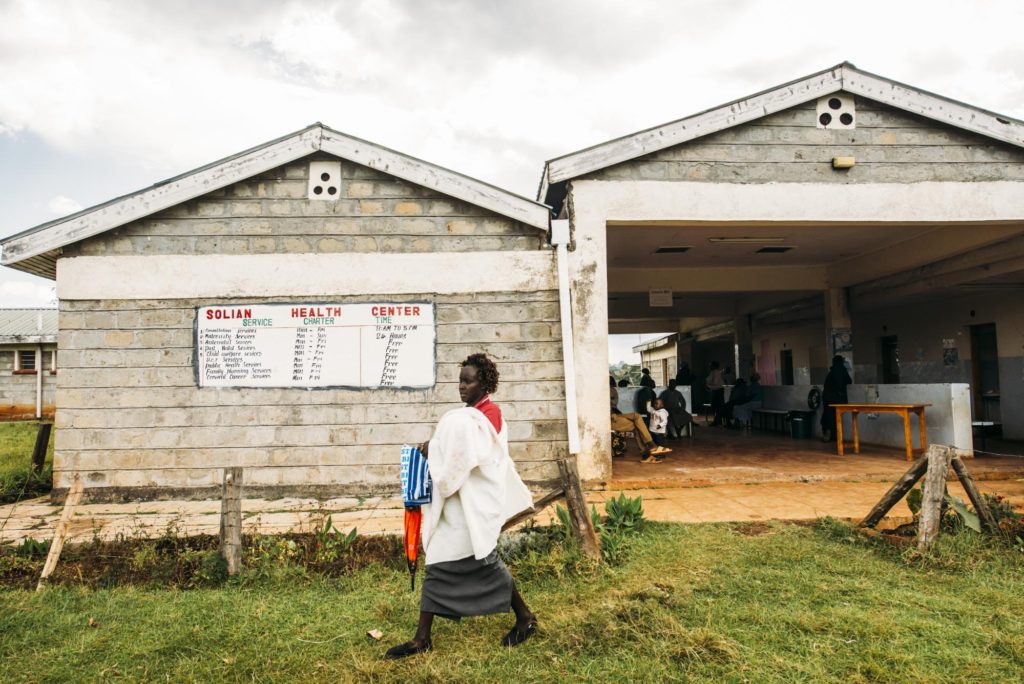 Why African Genomic Studies Can Solve the Continent’s Health Issues

Genomic research has proven to be a considerably valuable tool in global attempts to tackle disease.

One crucial part of this research has been identifying diseases and health problems that are more likely to be influenced by genetic factors and assessing the risk of a particular disease in an individual.

Eventually scientists will be in a position to develop new ways to treat, cure or even prevent the thousands of diseases that afflict humankind. And it will also allow them to assess the risk that exposure to toxic agents poses to individuals.

But for the world’s poorest people, the diseases that affect them have remained understudied. This is mainly due to most of these studies focusing on the genetic risk factors for disease in European populations.

For example, recent studies from Sweden’s Uppsala University show men with blood cells that don’t carry the Y chromosome – a sex chromosome normally only present in male cells – are at greater risk of being diagnosed with Alzheimer’s disease. They also have an increased risk of death from other causes, including many cancers.

But will African men be affected in the same way? African populations have evolved significantly over time. Their genetic composition is more diverse than that of European and other populations so this may not be the case. Very little is known about the nature and extent of this diversity.

With the high burden of disease in sub-Saharan Africa, medical research needs a significant boost on the continent to identify genetic risk factors for diseases and to tackle the spread of drug resistance and emerging infections.

Genomic research has gained considerable momentum on the continent in the past decade. But challenges, such as a lack of high-quality clinical and epidemiological data across all countries, still hamper efforts.

According to the statistics, non-communicable diseases such as diabetes, cancer, heart disease and chronic respiratory illness have all skyrocketedin sub-Saharan Africa in the past ten years.

Globally, more than 16 million people die from non-communicable diseases. Of these, 80% are in low- and middle-income countries.

Research teams are trying to understand the interplay between genetic factors, the changes in the way the gene expresses itself, or epigenetics, and environmental risk factors for obesity and related heart diseases. They are using existing longitudinal cohorts from four countries: Kenya, South Africa, Ghana and Burkina Faso. And they have six study sites across these countries, which have undergone different population changes as a result of their individual burdens of disease.

The goal of this initiative, the first of its kind in Africa, is to develop the capacity to carry out these kinds of studies in populations around the continent. This would help scientists better understand the genetic and genomic markers for disease.

One of the diseases that the study is attempting to understand is alcoholism.

Global studies have shown that the amount of alcohol one drinks and whether this progresses to alcoholism has a genetic influence. Separate findings show that processes that are related to factors in the gene, but that do not change the sequence of the DNA, also play a role. These are known as epigenetic processes.

And in European, North American and Asian populations, research has drawn a correlation between genetic variations for drugs and dependence.

Alcohol consumption and problems related to alcohol vary widely around the world but the burden of disease and death remains significant in most countries. It is the world’s third largest risk factor for disease and disability.

It is also one of the four risk factors that lead to people developing non-communicable diseases such as heart attacks and strokes. In middle-income countries, it is the greatest risk factor.

But very little is known about the risk of alcohol consumption in sub-Saharan African populations. This is despite statistics from the World Health Organisation listing 17 countries on the continent as heavy drinking countries. Nigeria takes the lead.

The high toll of alcohol and drug over-consumption among African populations means that this must become a priority. Understanding the genetic and genomic markers of diseases such as alcoholism would lead to research interrogating whether drug use and abuse are genetically linked.

And this could lead to an evidence-based approach to control drug use and abuse that fits the African context. It would help the continent improve its efforts to eliminate one of the four main risk factors for non-communicable disease.

The amount of available genomic information has grown rapidly in the past decade, mainly due to the falling cost and increasing efficiency of DNA sequencing technologies.

But DNA sequencing is still relatively expensive for large-scale studies. Africa lags behind other continents with such studies. This is mainly due to:

Although scientists on the continent are unable to match the scale of research produced on other continents, they are continuously attempting large-scale genome-sequencing studies focused on specific diseases.

The H3Africa project, funded by the National Institutes of Health and the Wellcome Trust, supports several studies involving collaborative centres on the continent.

In addition, ongoing genomic projects in Africa are both establishing infrastructure for genomic research and training local researchers, as well as generating genomic datasets.

Many of these projects have made capacity building one of their core missions. This will in the long run build a critical mass of highly skilled individuals in the field shaping the future of genomic studies in Africa.