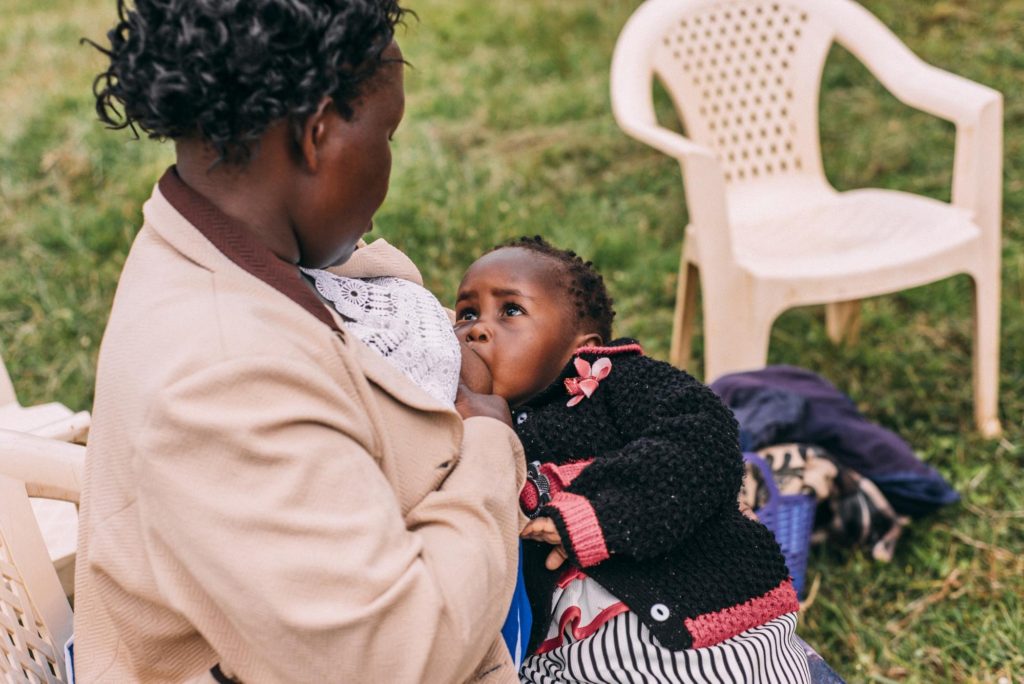 Who Will Fend for Her? Challenges of a Breastfeeding Urban Poor Woman

Breastfeeding is associated with a multitude of benefits to the child and the mother, both short-term and long-term. For the child, breastfeeding reduces infections and mortality in children, improves mental and motor development, and protects against obesity and metabolic diseases and premature deaths later in the life course. Evidence actually indicates that 13% of deaths in children under the age of five years could be prevented by just ensuring mothers exclusively breastfeed their children for the first six months of life. For the mother, breastfeeding results in faster recovery after delivery, reduced blood loss following delivery, reduced maternal stress, faster loss of excess weight, protection against conception especially during exclusive breastfeeding and reduced risk of breast and ovarian cancer (Lanigan and Singal 2009, Victora et al. 2008, Grantham-McGregor et al 2007).

Despite the confirmed importance of breastfeeding, many children in Kenya, and particularly in the urban slums are not breastfed according to the WHO and UNICEF recommendations (Kimani-Murage et al. 2011). Research conducted by the African Population and Health Research Center (APHRC) in two slums in Nairobi (Korogocho and Viwandani) indicate very poor breastfeeding practices. For example, only about two per cent of children are breastfeed exclusively for the first six months while about 15% of children stop breastfeeding by the end of the first year. On further investigation, residents in these slums illustrate various factors affecting breastfeeding thus making actualization of the WHO/UNICEF recommendations impractical. These include poverty and food insecurity, ignorance and misconceptions for example with regards to breastfeeding and family planning and breastfeeding in pregnancy, lack of social support, exclusive social policies, biological and medical factors including HIV and socio-cultural factors.

Poverty hence food insecurity, systematic exclusion with regards to government policies and services and lack of support for a breastfeeding urban poor mother top the list of the perceived limiting factors. Extreme poverty in the slums mean that breastfeeding mothers lack adequate food to eat:

“If you go to her house, she has nothing to eat. So even if you tell her to breastfeed, first of all that milk is not there because there is no food in that house.” (FGD, Village Elders, Viwandani).

Limited livelihood opportunities mean that women have to strive to make ends meet. Newly delivered mothers have to resume work shortly after birth to fend for themselves and their families. “Some breastfeed for two months and you hear someone saying she is going to work … You are supposed to breastfeed yet you are supposed to go to work … the way life is hard nowadays, you are forced to go fend for yourself whether you have a baby or not. So you have to leave the baby.” (FGD, Mothers, Viwandani). In the cash-based economy characteristic of slum settings, casual labour particularly domestic work and work in industries is almost the only decent option that an urban poor woman has. Maternity leave for at least three months, familiar for non-slum residents who usually have formal employment and as protected within the Kenyan law with respect to child rights, does not apply to mothers in the urban slum settings as portrayed by study respondents:

“Most people here are casual labourers, like fetching water and they are paid like one hundred shillings per day, so maternity leave does not apply.” (FGD, Community Health Workers, Korogocho).

The labor system therefore systematically excludes them from the government policy on maternity leave. Working women in the slums, often regarded as “hustlers” are therefore said to often return to work after barely two weeks following delivery, having no other form of livelihood to rely on, and often to protect their jobs as it is “survival for the fittest” in the slums. Additionally, baby-friendly work policies such as mothers being allowed to carry babies to work do not apply to these mothers. Research by APHRC has also found that about half of women deliver without skilled birth-attendance, with a third actually delivering at home. While many reasons are responsible for this, one key reason is poor access to skilled attendance given limited public health facilities within the slum settings.

This systematically excludes urban poor women from accessing counseling and support regarding breastfeeding often given to mothers in hospitals around the time of delivery. Social support culturally offered to recently delivered mothers by the extended family, friends and neighbors in the form of advice and help with work to allow the mothers enough time to recover and to adequately breastfeed is often not true for urban poor women. Though social networks may also be poor for other urban slum residents, while non-poor urban residents may afford paid help, urban poor women have to struggle with daily chores of taking care of their families shortly after birth as illustrated by respondents in Korogocho: “most women here wake up and work and forget they have a baby. So by the time they remember they have a baby, there is no milk in the breast.” (FGD, Community Health Workers, Korogocho).

It is clear that Interventions are needed to support urban poor mothers to optimally breastfeed. The recent policy on free maternity care at public health facilities is a great step in ensuring access to breastfeeding counselling and support offered in hospitals around the time of delivery. However, with the limited public health facilities accessible to urban poor women, more is definitely required. Baby friendly community initiatives that bring counselling and breastfeeding support closer to mothers, often at their door-step may break the barrier of health care access. The government is in the process of piloting implementation of such initiatives in Kenya with an aim of scaling their implementation nationwide.

With this respect, APHRC in collaboration with the Division of Nutrition and other stakeholders is currently testing effectiveness of one such initiative in urban slums in Nairobi. Other options that may benefit breastfeeding mothers may include economic empowerment through availing baby-friendly income generating activities that allow women to work and breastfeed especially during the first six months after delivery; social protection measures e.g. cash transfers (conditional or non-conditional) at least for the first six months of the babies life; and adjustment in labour policies and enforcement for example to allow maternal leave for casual labourers such as those who work in industries; to improve work conditions for example to allow women to carry children to work; and to protect jobs for newly delivered mothers in casual labour as happens in formal labour.