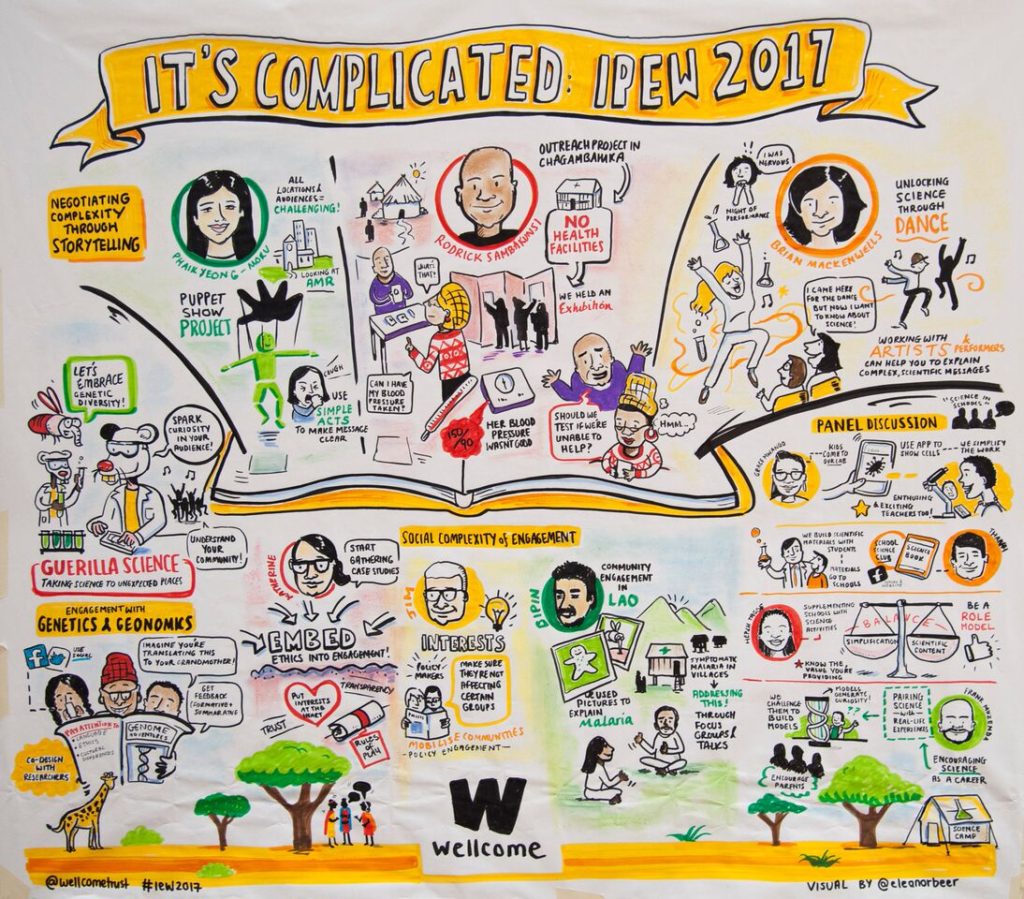 The Lucky Specials and Public Engagement in the Post-Truth Era

“Welcome! Grab a packet of popcorn and have a seat,” our hostess said. We were here to watch a movie about Mandla, a South African miner who moonlighted as lead singer for a band called the Lucky Specials. About halfway through the movie, Mandla says, “actually, I don’t feel lucky or special right now.” I had to agree with him. Poor Mandla was sick with multidrug-resistant tuberculosis (MDR-TB). He had failed to complete his TB treatment which resulted in the bacteria mutating into a deadly microbe that the World Health Organization says caused approximately 250,000 deaths worldwide in 2015. Fortunately for him, by the end of the movie, Mandla had won back his health and landed an opportunity for his band to play at an international music festival.

The Lucky Specials was screened at a public engagement workshop I attended on March 6-8, 2017, in Naivasha, Kenya. The workshop was hosted by the Wellcome Trust Public Engagement division and had over 50 participants drawn from Africa, Asia and Europe. Participants were there to investigate the theme of complexity in modern science and explore different tools that public engagement practitioners can use to navigate complex scientific ideas in interactions with lay audiences.

Lucky Specials is one such tool that uses innovative methods to communicate messages to audiences. The movie masterfully blended information on TB including its propagation, impacts and treatment, with an engrossing storyline about Mandla and the band. Following its screening, workshop participants engaged in a discussion about the movie’s use in TB education campaigns around Africa. Then came the million-dollar question.

“How much was it to make this movie?” someone asked.

“Just over a million dollars,” replied Maureen Lemire from Discovery Learning Alliance, the organization behind the movie’s production. When combined with the efforts that went into outreach, distribution, measurement and evaluation, the total cost added up to US$2 million.

Not many organizations have resources like that to use in public engagement. Fortunately, the workshop also showcased low-cost methods that can be used to communicate complex scientific concepts.  For instance, Alex Adadevoh from Lightyear Foundation in Ghana demonstrated how they have used a balloon, coins, a set of keys and a water tumbler to teach school children about why ships float. Brian Mackenwells from the Wellcome Trust Center for Human Genetics used a set of playing cards to communicate the link between malaria and genetics. These concepts may seem complicated but the two were able to convey the information in a clear and engaging manner.  They demonstrated that effective public engagement does not have to be expensive.

The timing of this workshop could not have been better. At a time when the world is said to be moving into a post-truth era characterized by ‘alternative facts’ and mistrust of experts by the public, communication that conveys factual information and also connects with mass audiences is sorely needed. The world contains countless complexities, which are reflected in science. Public engagement has a crucial role to play in ‘simplifying the complex’ and making science accessible.

But there is a fine line between simplification and over-simplification, which can result in a loss of core scientific tenets. Navigating that fine line is a skill that those involved in public engagement have to master when communicating with communities and lay audiences.

The workshop was an eye-opening experience for me in many senses. I learned about the different tools that can be used in public engagement, ranging from the low-cost to multi-million dollar items. It also offered many wonderful opportunities to connect with a group of people who are passionate about effective science communication. The biggest take-away for me was to think boldly and imaginatively when preparing to engage lay audiences with scientific research – I certainly hope to apply this in future APHRC public engagement sessions.