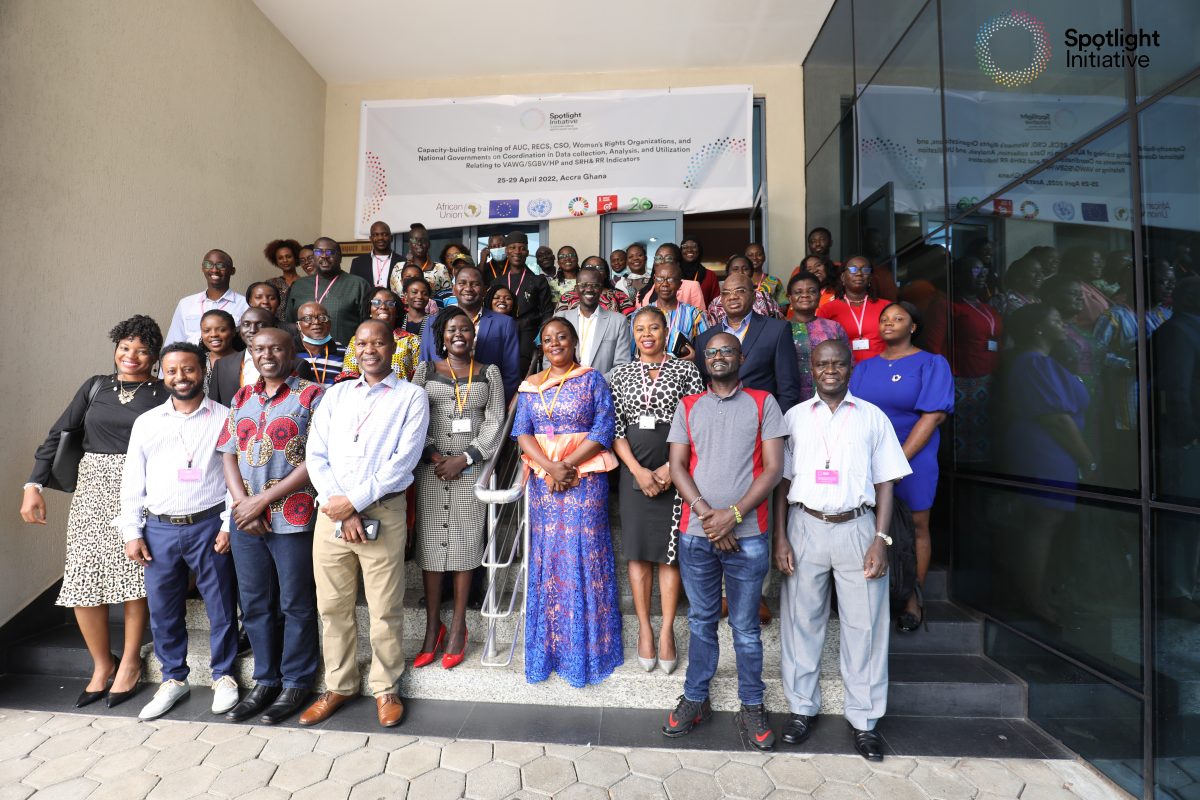 The changing face of Violence Against Women and Girls (VAWG)

In its continued effort to eliminate all forms of violence against women and girls, the Spotlight Initiative conducted a workshop from April 25th to 29th in Accra, Ghana. Civil society organizations, researchers, and national statistics officials were trained on the use of data collection as a tool to fight violence against women and girls (VAWG).

Researchers and civil society organizations working on gender-based violence learned about the harm of online gender-based violence on victims. While most countries represented at the workshop have been monitoring most of the acts of violence and harmful practices against women and girls, very little is being done to combat online violence. Cyberbullying, cyber-dating abuse and online grooming were the three major forms of online violence discussed during the workshop.

“Cyberbullying can be described as violence using digital technologies, for example, on social media, messaging platforms, etc. This is done to scare, anger, or shame the person targeted. It involves posting insults and embarrassing photos on social media or threatening emails. The impact of such intimidation and abuse is more real than many may think,” said Caroline Kabiru, Head of the Sexual Reproductive Maternal Newborn Child and Adolescent Health Unit at the African Population and Health Research Center.

As technology continues to be widely accepted and used by people across generations, online grooming remains a cause of concern for parents. The perpetrator uses digital technologies to gain minors’ trust and sexually exploit them. The question of the best age to allow children to interact with communication devices and social media platforms has dominated parenting discourses. While the parenting approach may differ from one parent to another, the fact remains that vigilance is vital if the minor is to be protected.

While online abuse appears to be the new form of gender-based violence, the more traditional forms of abuse and harmful practices keep changing as the culprits try to control the narrative and avoid prosecution. In the Gambia, 73% of women aged 15 – 49 years have undergone female genital mutilation (FGM), according to 2019-2020 Demographic and Health Survey data.

Despite civil society groups’ advocacy and intervention efforts, there has only been a two-percentage-point reduction from the data reported in 2018/ 2019 Demographic and Health Survey on gender-based violence.

“In Gambia, FGM used to be performed on girls between 5-8 years old. However, the trend is changing; reports indicate that babies as young as one-month-old undergo FGM. We have also received reports that the practice is changing. Type 1 and 2 were most common; however, communities are now targeting babies. Pinching and pricking the clitoris of the babies to kill the nerves,” said Fatou Baldeh, the founder of Women in Liberation and Leadership, Gambia. Type 1 involves removing part or the entire clitoris, while type 2 involves removing part or all of the clitoris and the inner labia.

Fatou Baldeh explains that the new FGM practice is hard to detect because the anatomy is similar to that of the uncircumcised girls. Therefore, most girls grow up without realizing that they have been victims of FGM. This new practice indicates that recent efforts to conceal violence against women and girls may affect the latest data.

Despite this new information, any data is better than no data, as we can observe in South Sudan. The youngest nation in Africa has no officially recorded data on violence against women and girls. The country’s representatives at the data workshop reported that they are now producing data through a project funded by UNFPA that will incorporate government and civil society groups.

The Spotlight Initiative is a global initiative of the United Nations. It has received generous support from the European Union and has consistently pursued its aim to eliminate all forms of violence against women and girls.
The Initiative has been doing this through six mutually-reinforcing pillars: promoting laws and policies to prevent violence; strengthening national governments and regional institutions to inform decision-makers better; promoting gender-equitable social norms, attitudes, and behaviors; making high-quality essential services for survivors of violence available; improving the quality, accuracy, and availability of data on violence against women and girls and promoting strong and empowered civil society and autonomous women’s movement.