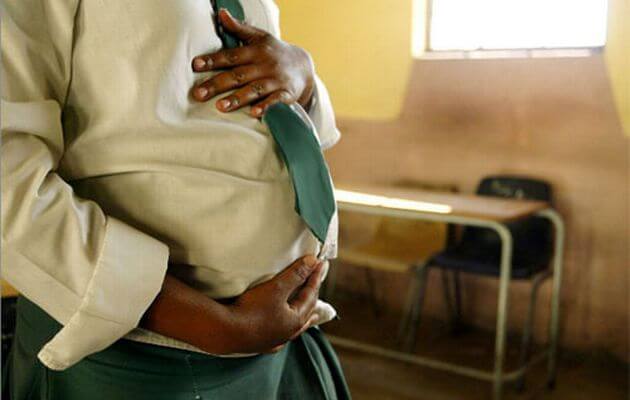 Sexuality Education, Contraceptives and the Adolescents: Finding the Formula That Works

The Reproductive Health Bill of 2014 proposed by nominated Senator Judith Sijeny seeks to constitutionalize the rights of adolescents to confidential, comprehensive, non-judgmental and affordable sexuality education and reproductive health services – including access to contraceptives without parental consent. If the Bill is passed, governmental bodies such as the Ministry of Health in Kenya and the Reproductive and Child Health Care Board will be expected to provide adolescent friendly services to people as young as 10.

The Bill builds on the Constitution of Kenya which stipulates access to quality health care services as a basic right.

Purveyors of the Bill insist that their aim is to specifically address the high levels of unwanted pregnancy among the adolescent girls, which continue to lead to untimely and regrettable deaths among adolescents as a result of unsafe abortion. Access to comprehensive sexuality education (CSE) is thus regarded as a means to empower young people to protect their health, well-being and dignity.

Although the Bill is critical given recent trends related to adolescent sexual and reproductive health and rights (ASRHR) in Kenya and globally, current media reports in Kenya indicate that it has been received with uproar by many stakeholders. 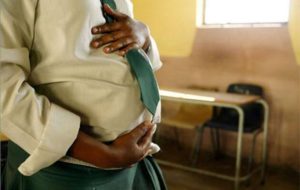 According to the UNFPA, millions of girls across the world are coerced into unwanted sex or marriage, putting them at risk of unwanted pregnancies, unsafe abortions, sexually transmitted infections (STIs) including HIV, and dangerous childbearing. Just like their counterparts in several other parts of the world, research has shown that adolescents in Kenya are sexually active. For instance, scientists from the African Population and Health Research Center (APHRC) have shown that young people in the urban slums of Nairobi initiate sex very early. Research findings have also shown that early marriage and child bearing are common in many parts of Kenya, both rural and urban. Young people – both boys and girls – are disproportionately affected by HIV. Despite seemingly high levels of HIV awareness in the general population, there exists significant gaps in comprehensive knowledge about HIV and AIDS among the adolescent boys and girls.

Leading global institutions, such as the UNFPA advocate for policies and programs that provide youth with holistic and friendly health-care package of services including universal access to accurate sexual and reproductive health information; a range of safe and affordable contraceptive methods; sensitive counselling; quality obstetric and antenatal care for all pregnant women and girls; and prevention and management of sexually transmitted infections, including HIV.

Despite global recognition of the importance of promoting adolescent access to quality SRHR information and service, the Bill by Senator Sijeny has been criticized and lampooned. One source described the Bill as seeking to give youth unfettered access to contraceptives and sex. Skeptics have also demanded for solid evidence that enhancing adolescent access to these sexuality information and family planning services and products will not fuel immorality and risky behaviors. Moralists and the Religious Rights have expressed concerns that the Bill will only produce a generation of sexually-wayward and promiscuous youth.

Questions bordering on economics have also been raised. Can Kenya’s increasingly weak economy sustain the vast financial and other implications of the Bill?  What is the opportunity cost of investing in the provision of sexuality and contraceptive information to youth and of revolutionizing the entire health and other systems to respond to the new Bill?  Is it not more cost-effective to channel scarce resources to free primary education and ensure that no child is indeed left behind?  Won’t the implementation of the Bill take resources away from other political priorities, including the laptop project, etc.?

These and more are just some of the nagging questions that have emerged in the wake of the proposed Bill.

However, when all is said and done, the problems of unwanted pregnancy, unsafe abortion, STIs including HIV, and risky childbearing need to be addressed in a strategic way. The proposed Bill offers an important first step towards the institutionalization and legalization of efforts to save young people in Kenya on a grand scale.  The Bill is well-intentioned and appears well- positioned to support the realization of the dream of a healthy and disease-free Kenya.  This Bill clearly offers all true leaders in Kenya the rare opportunity to stand up and be counted. Opinion, religious and political leaders in this country should lead the current search for innovative ways of addressing the key causes of contemporary unease in Kenya.

Programs designed to address ASRH issues must put to use evidence on their potential impact and effectiveness. Year after year, the budgetary allocation to health has been dwindling. It is about time the government of Kenya allocates resources for robust research on priority issues affecting its citizenry. Evidence from such research will not only provide information and evidence on timely and effective interventions, but will guide the expenditure of the meagre resources available on priority health issues. In implementing these interventions, multi-sectoral partnerships should be encouraged. Input from would-be beneficiaries and key stakeholders obtained through participatory action research should equally be sought and incorporated.

As Nelson Mandela aptly quipped, “It is always impossible until it is done”.