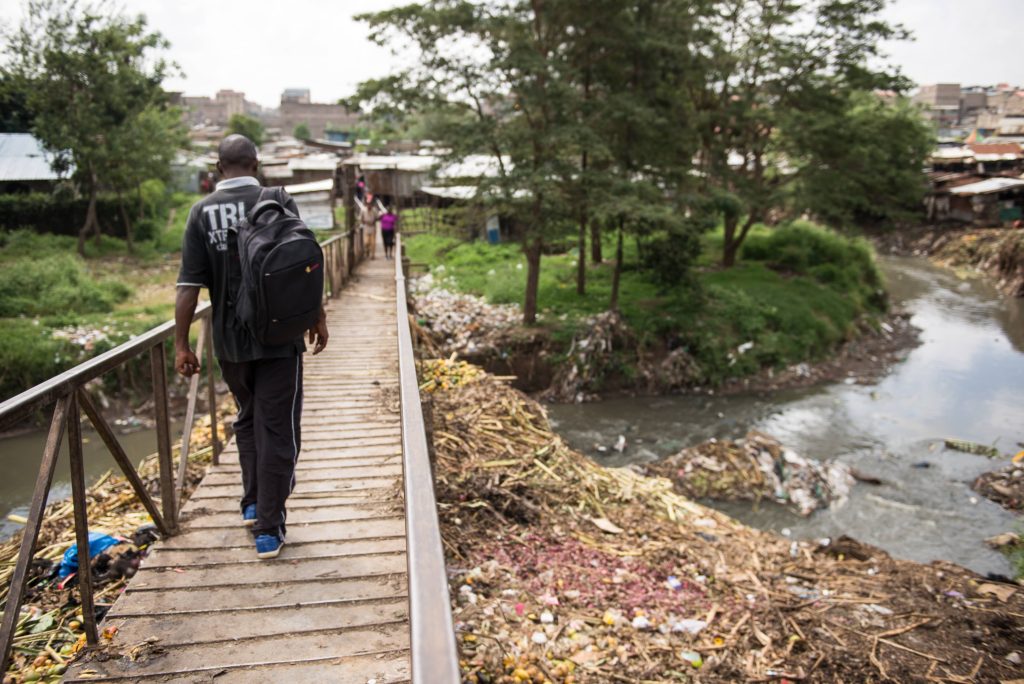 Lies We Tell Ourselves: Urban Advantage

In the field of international development, there are a number of fallacies circulating, or, to speak bluntly, let’s call them lies. The so-called urban advantage is one of those lies. Its proponents assert that living in cities provides far superior infrastructure and services, and opportunity compared to their less sophisticated, rural counterparts. On its face, it seems logical, and perhaps decades ago, it held up. The difficulty lies in the unquestioning acceptance of an urban advantage, rather than one that is grounded in the lived experiences and changing realities facing the rapidly growing slums of sub-Saharan Africa. Yet the concept continues to hold sway in development discourse.

I grew up in Siaya County, Kayombi village in Western Kenya. The closest town is Ugunja: population 17,000. For most of us, Kenya’s cosmopolitan capital Nairobi is the place to be to “make it” and, with any luck, secure a white collar job. Where else would you find white collar jobs in plenty if not the city? Of course, urban living affords other benefits like better facilities such as housing, hospitals, schools, clean water and environment. It is true that, comparatively, urban areas have more of these facilities than rural areas.

The author in Kayombi outside his family’s home.

For me, moving to Nairobi was catalyzed by a conversation I had with a friend, months after he moved to the city. He advised me to stay away from farming. He believed that I was smart enough to do something “worthwhile” for a living. “There are lots of opportunities for people like you,” he told me. So I packed my bags and headed to the city of opportunities for “people like me.”

For the first four months, I lived at my sister’s house and slept on the chair. It was a single-room tin house with a cement floor and a roof made of corrugated iron sheets. She owned a bed, a table, and a chair. With her two children, the room was barely big enough for us to all lie down at night, so I always tried to stay out late and get home at least after the children had gone to bed so as not to get in the way.

In the days that followed my arrival, I realized that there were lots of opportunities, but not the kind I’d hoped for. The slum was like the old-school rat trap; the city and its goodies, its bait. Todaro and Harris and Todaro describe migrants coming to cities as people entering a lottery competition where the prize for the winners is a high-paying job, and the losers are those that remain unemployed (or under-employed) and sink into disenfranchisement. This I already knew deep in my bones before I read the academic version.

I had learned from my sister’s experience, and yet here I was, walking the same path. I also knew that there were others who had made it in the slum rather than making it out of the slum. There was a man, probably in his late fifties, who I greatly admired. He had made a great fortune selling food cheaply in our neighborhood. He lived in a cemented mud house that he owned, and his family of six occupied five rooms. He lived a modest life. There were others who had made even greater fortunes dealing in drugs, bhang (marijuana) specifically.  I told myself that if things got worse, I would be either of them.

A scene from Korogocho, one of Nairobi’s slums. Korogocho is Swahili for “crowded shoulder to shoulder.”

I remember feeling as if every passing minute was a choice being taken away from me. I spent most mornings worrying about what we were going to eat as a family. It was not my responsibility, but I felt obliged to make my contribution. I wouldn’t sit and watch my nephew and niece go hungry.

There was a spot next to the bus stand where idle young men sat and discussed everything from football to politics. In one of our discussions, I remember arguing that we were doing better than our rural counterparts, and that we were benefitting from the so-called urban advantage. Deep down in my heart I knew we were not. Even so, I wanted it to be true. I bombarded my peers, some of whom had left school before completing secondary, with everything I knew on the benefits of being a city dweller—the ease of transport and access to flashy clothes and modern technology in the city’s upscale shopping malls, treats like sausages and pizza around every corner.

We talked about the impact of the gap between the rich and the poor in cities on urban advantage. I did not know then that we were talking about urban divide–the pervasive social, economic, political, and cultural inequalities that divide city residents. It is quite satisfying to note that some of the factors cited by UN-HABITAT in State of the world’s cities 2010/2011: Bridging the urban divide are exactly as we understood them at the time. For example, the gap between the rich and the poor leads to “lack of social interactions” between the two economic classes. This then makes it difficult for the ordinary slum dweller to compete for well-paying jobs because their networks that severely curtail access to those opportunities. Naturally, lack of a steady job with a livable wage of, say, 30,000 per month (US$300)  leads to sub-par living conditions and encourage some to turn to illegal means of income generation, further compounding “social exclusion and marginalization” of the poorest.

My collective experiences have led me to the conclusion that urban advantage is a development fallacy. Collecting data for APHRC’s Nairobi Urban Demographic and Surveillance system  in informal settlements greatly motivated me to interrogate the idea of urban advantage.  I hear regularly why different people come to this city, how they end up in the slum and why they leave. Thinking back over all the reasons that I have heard so far, most of which are unfortunate, I can only come to one conclusion: most slum dwellers come to the city because they are led to believe that there are countless opportunities. There is unwavering hope that being in the city creates an advantage for the city resident over the rural resident. Yet the rapid growth of urban slums has pushed urban infrastructure near the breaking point because it can’t accommodate the steady influx of people, and this scenario is played out day after day in urban slums around the world. Competition for jobs and resources is intense, and only become more so.

Proximity to urban centers alone does not give one either an advantage or a disadvantage. Twenty-five years ago, it might have. In the times when the saying barua ndio nusu ya kuonana (writing letters is half as valuable as meeting) was relevant. In the days when communication was mostly one way, either through radio or newspapers. In those days, urban advantage meant something. It was synonymous with access. With the advancement in technology, we can now access information from almost anywhere in the word—even from the shamba (farm).

Apart from this, the introduction of better policies such as free primary and, eventually, secondary education and decentralization of health sector in Kenya, have brought services closer to citizens living in rural parts of the country. In both rural and urban areas today, children increasingly can access education and women have improved access to free maternal and child healthcare services, though there is a long way to go to achieve universal access.

APHRC was among the first to debunk the urban advantage. They found that the urban poor do not have better access to services than the rural poor, despite their proximity to services. According to Nairobi Cross sectional slums survey (NCSS), slum residents had worse health and socio-economic outcomes that people living elsewhere in Nairobi. They were more likely to experience violence and social unrest compared to any other group in Kenya. Their access to water, sanitation, education and employment was low, and there was limited presence of public sector or law enforcement agencies within slum areas. Further, slum residents had no legal claim on the land where they had settled, a reality that persists to this day.

Slum dwellers in cities know all too well that the urban advantage is a lie because abject poverty limits their livelihood opportunities. It doesn’t mesh with my lived reality, and I would suspect the same is true for the more than one million people living in the slums of Nairobi. Not until leaders take meaningful action to address systemic inequities plaguing urban slums will there truly be freedom of opportunity for “people like me.”