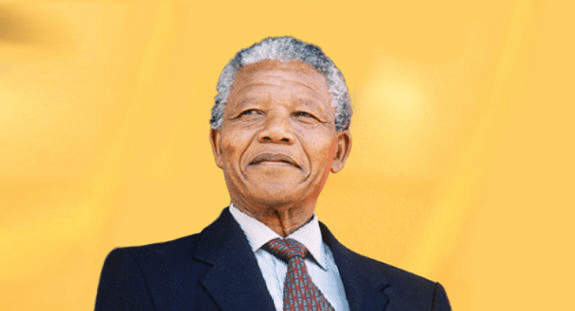 Learning From a Champion of Evidence-Based Policymaking: Nelson Mandela

In 1998, after the completion of the first democratic South African Census, President Mandela made a speech showing his unique understanding and value for evidenced-based decision making, “we embarked four years ago on unity and freedom and build a better life for all South Africa we decided to hold a national census in 1996 five years earlier than was expected, we were acting upon on urgent need for accurate information and so that our decisions would be based on the real situation.”
Sitting among some of the leaders of data production in Africa at the 7th Annual Commission of Director Generals of National Statistics Offices (CoDGs), as they listened and watched these words, I thought that few other leaders could make a stronger argument for the importance of data for making good governance decisions or the roles of data producers and national statistics offices in achieving this goal.
The Census allowed Mandela for the first time in over 300 years of white minority rule to identify the most vulnerable in his country and work to address those challenges. The ANC government was able to provide more services to South Africans – black and white, than any other previous South African government; and as Mandela later described the census as “One of the key milestones” in defining their new nation.
At APHRC we are dedicated to the idea of evidence-based decision-making, and that is why we decided to pursue the creation of the Data for African Development Working Group and why we are working to ensure our own research findings are shared and used in decision-making in Kenya, across Africa and beyond.
Running concurrently with the CoDGS meeting, the UNECA held a meeting to discuss defining and moving forward with a Data Revolution in Africa. In light of Mandela’s role in a true peaceful revolution in South Africa, and his insistence on the need for evidence to make good governance decisions, the topic of this meeting becomes even more relevant. The purpose of the meeting was to have a discussion where leaders in Africa working in data communities could define what a data revolution, an idea first introduced in the Post 2015 High-Level Panel Report, would mean for Africa and how countries could pursue achieving this revolution. The two-day meeting involved an in-depth discussion around data challenges with capacity, perverse incentives and budgetary issues; and how to address many of these challenges.  The group came up with a range of ideas some to fix foundational issues with statistical systems and other creative ways to reduce the loss of statistical knowledge over time, and build the capacity for data production over time.
The group determined that a Data Revolution in Africa should not only embrace a diverse range of data sources, including all of the new innovative technologies as they are developed, but perhaps more importantly that as part of this revolution, the statistics community must work to do a better job of engaging diverse data communities with the goal of producing the data needed for decision-making.
In terms of the initial steps a country could take to achieve this revolution, the group came up with a checklist of ideas for possible implementation. Some of the checklist items include addressing the NSO systematic political economy challenges that can interfere with the foundational issues of producing high quality, and timely data. As part of this, the group discussed our working group recommendation of bringing current legislation up to date to reflect the current data needs of Africa and providing additional autonomy and independence in light of new technology and the rapidly expanding private sector.
Some activities focused on the need for national statistics offices to develop a communications and user engagement strategy, including identifying key data users and their needs, for ensuring the uptake and use of data for evidenced-based decision making. And if possible that staff should be assigned or hired to lead this effort.