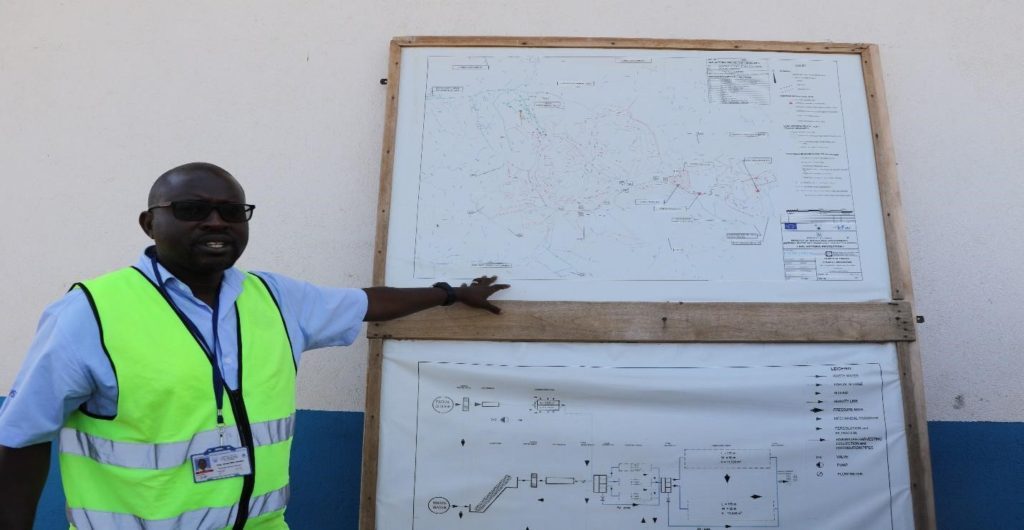 Kampala banks on technology to manage its prodigious poo problem

It is 11 am and in a smart open-plan office in downtown Kampala, Uganda, the air is buzzing with a fan and multiple telephone calls. Sitting in a row of sound-muffling cubicles, a group of pleasant-looking ladies are answering phone calls and entering data into their computers. One of them being Sandra Kyoshabire, who stares keenly at her computer in the Kampala Capital City Authority (KCCA) offices. She runs through the details and location of her caller, who she says, wants his pit latrine emptied.

As a first time visitor here, the subterfuge is truly splendid. With a smile on her face, she greets her callers with a “good morning” when in reality, their morning is probably ruined by the fecal stench that they are calling to report about. From her desktop computer which is connected to her phone, she is able, through the Global Positioning System (GPS), to see the caller’s phone number, the exact time and date and whether the premises reported has been serviced before. She then facilitates the emptying of the facility by connecting the customer to a list of cesspool or gulping service providers within her database. For the most part, the callers are unaware that their inquiries and reports are being entered into a database for future reference.

The GPS-enabled solution adopted by KCCA – comparable to taxi aggregator platforms such as Uber – has a database of 75 private cesspool truck providers and helps the authority to efficiently manage its fecal sludge in a systematic process by monitoring operations and locations of GPS-fitted trucks; from emptying fecal waste and transporting it to its final destination at recognized fecal sludge treatment plants.

“Our campaign has picked up pace. Through this tracking service, we have been able to reduce logistical costs and time of serving our people. We used to have public health officials go round to the field and homes and villages in order for those people to be served. It used to be time-consuming and inefficient but now they use our toll-free number to call and get served in a very short time” said Kyoshabire.

“In fact around this time of the year when we are in the rainy season, we are overwhelmed with calls for emptying services. Other callers ring here to report on the latrines that are overflowing with fecal waste and are a risk to the neighborhoods”, she adds.

This innovative initiative launched in late 2016 and dubbed “Weyonje”, a Luganda campaign message meaning “clean yourself up”, is part of a City-wide Inclusive Sanitation (CWIS) program and has dramatically increased the geographical coverage of the population served by the sanitation services.

Backed by the Bill and Melinda Gates Foundation, the sanitation program mainly targets informal settlements and focuses on emptying toilet facilities and septic tanks in households not easily reached by vacuum trucks.

As one of the world’s fastest-growing cities, Kampala is home to approximately 1.5 million people – 60 percent of whom live in informal settlements – but authorities say the figure is doubled during the day as many people go there for businesses and work.

According to a 2012 World Bank report, poor sanitation costs Uganda US$177 million annually in economic losses linked to disease treatment and lost productivity as people take time off looking for places to relieve themselves.

“The overall waste produced in the city is estimated at about one million cubic meters of fecal sludge per day but only 600,000 or 700,000 cubic meters are collected and processed in the waste treatment plants –  that means the rest is either remaining in the pit or being dumped somewhere in the streams. So the direction we are taking as an authority is to improve the capacity of this plant”, said James Miiro Maiteki, a sewage engineer with the government.