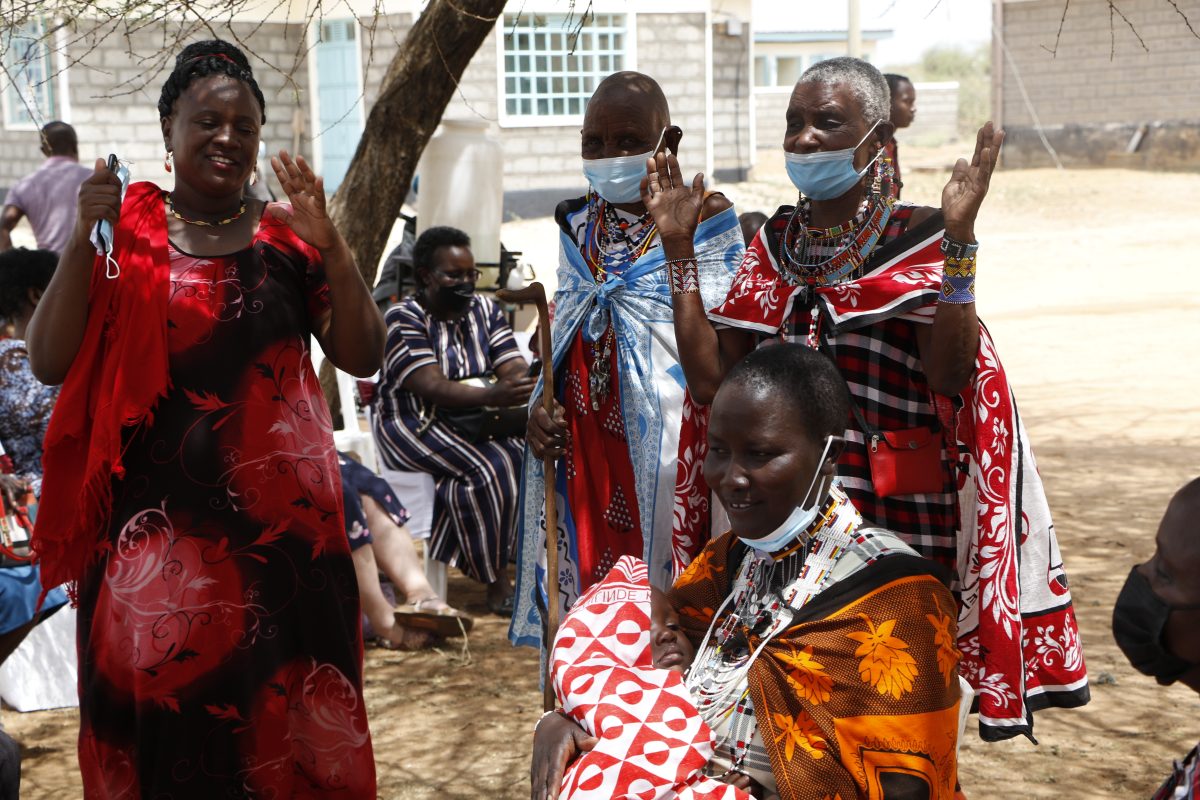 It takes a village: Reflections on Early Childhood Development in Kajiado County

During the dissemination of the findings from the Caring practices and Support for Early Childhood Development and Education (CAPS-ECD) research project in Kajiado County, it became apparent that fathers in the county are not accustomed to spending time with  their children, a choice informed by  cultural reasons. According to the County Director for Early Childhood Development, John Sipitiet, this is a tradition that has been passed down to young men for generations. He says that this was to ensure that morans would always be ready to leave home to attend to their duties to the community.

Being a community that has witnessed many  conflicts, the lessons given to the warriors was always to ensure that their affection to their families does not deter them from going to war whenever they are called upon to do so. Their pastoralist way of life also keeps the men away for long periods of time as they move away from home in search of water and pasture for their livestock. Pastoralism also contributes to fathers spending less time with their children in comparison to the mothers, who are the main caregivers. However, that is slowly changing with interventions that have seen the young men benefit from knowledge drawn from research. The morans are now coming to the realization that their participation in childcare could improve their children’s quality of life and set them on a trajectory for success.

This provides hope that the responsibility of bringing up children, that has solely rested on the women will be easier to shoulder with the help of the men. “Some of these women when they go to the shopping centers to conduct their business, they carry their children on their backs. The whole day the children remain on their mothers’ backs which limits their opportunity to engage in play and hence reduces their learning potential,” said  Dr. Teresa Mwoma, senior lecturer, Kenyatta University.

Kajiado county has played host to the CAPS-ECD research project that continues to inform child-care practices amongst pastoralist communities. “The study was necessitated by the observation that two-thirds of children in Africa were not meeting their developmental milestones when joining school,” said Prof.  Paula Griffiths, Research Scientist, Loughborough University.

“We are looking at nutrition as a contributing factor to the developmental challenges. High levels of severe malnutrition have been observed in Kajiado with the Standardized Monitoring and Assessment of Relief and Transitions (SMART) survey of 2018 citing 22.5% of children between six and 59months as being underweight while 5.6% categorized as severely underweight. This is worrying as it exceeds the national average of 26% overall,” said Dr. Maurice Mutisya, an Associate Research Scientist, APHRC.

The tough climatic conditions in the semi-arid area coupled with a strenuous way of life makes it hard for parents to create a balance between meeting their livelihoods and their responsibility to their children, more so those below the age of three years.

According to the 2018 SMART survey, the nutrition provided to the children lacks in dietary diversity. Only 7% of the children enjoy a diverse diet, this falls quite short of the national average of 22%. School feeding programs being carried out in the area have provided reprieve more so to families that are unable to adequately provide for the children’s sustenance.

Mothers are forced to send their children to school earlier than necessary to benefit from the feeding programs. Another motivation for doing so is also the fact that they stand to get a little more time that would be directed to their multiple chores and responsibilities including fetching firewood and water over long distances.

In cases where the children are too young to go to school, grandmothers pick up the slack. Grandmothers’ role in childcare ranks higher than that of fathers. Confirming the findings, county officials say that they have started an initiative that seeks to spark the fathers’interaction  with their preschool children. This initiative sees to it that a mother who is accompanied by her husband for any clinic visit gets priority on the queue to encourage male involvement in early child development.  ce.

The aspect of play in childhood development is further emphasized. With the participation of all caregivers, the quality of interaction with children will provide for fun activities that would create learning opportunities for the children. Playtime need not be an expensive endeavor for families as was clearly communicated by researchers. Improvised toys could serve the purpose and improve the learning outcomes of children once they join formal learning institutions. Cultural values and norms that are greatly threatened could be reinforced by the inclusion of singing and storytelling in the parent-children interaction.