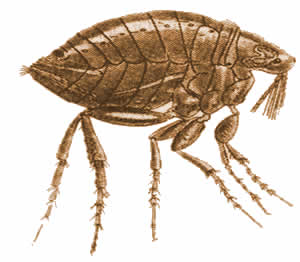 More than 1.4 billion people in resource-poor communities are afflicted by tropical diseases annually, and yet they never hit the headlines. These neglected diseases, and the people who suffer from them, are far from the centers of power and political influence. Take the case of jiggers, an intense inflammatory response to the embedding of sand flies in the skin. Despite the preponderance of this menace that leads to high rates of school absenteeism, low earning potential and considerable stigma at community level, the condition is so ignored it is not even included among the WHO’s list of neglected tropical diseases.

Jiggers are prevalent across Kenya. From Kwale to Kiambu, from Nyanza to Murang’a and Kericho, we know that communities are suffering from sand flea disease and debilitating acute and chronic pain from the lesions that emerge. But because of a lack of funding and understanding of the disease, we don’t know just how many people are suffering, or how many seek treatment.

The problem of low-priority by WHO and government is compounded by the lack of urgency in responding to jiggers as a real health threat. Either due to stigma or ignorance, parents rarely take children with overt lesions to primary health care centers. They seem to be ashamed because the presence of multiple jigger-infested lesions would indicate that they do not sufficiently care for their children. Infected children have disproportionately high absenteeism from school and perform worse than unaffected pupils, since constant itching and pain make it difficult to concentrate.

Because jiggers are low on the priority list for health interventions or research into its origins and epidemiology, there are no proven effective drug treatments. Patients in endemic areas attempt to remove embedded sand fleas with non-sterile sharp instruments, such as safety pins or thorns, which are accompanied by their own health threats and risks of blood-borne infections such as hepatitis B and C virus. There have been some studies conducted in Kenya to identify the risk factors for contracting jiggers, most of which are highly associated with poverty. Walking bare-footed, living in homes with earthen floors, and where rats are present, or sharing shelter with livestock are all identified as risk factors. Mitigating those risks requires an investment that many poor households cannot bear.

Having keenly followed the anti-jigger campaign towards complete elimination in Kenya, I’m deeply concerned by the political lens through which the disease is being discussed. Rather than making commitments both in terms of improved awareness and financial resources to eliminate the disease, leaders in endemic areas are instead denying that the disease exists. Without reliable data to counter this deliberate ignorance of the problem, those who would advocate for a comprehensive and aggressive approach to sand fly disease are left without ammunition.

To eradicate the menace, the starting point should be the commissioning of a national systematic scientific evaluation focusing on endemic areas. Such a survey would begin by determining the national prevalence of the disease, estimated cost of eradication, and the relationship between infestation and socio-demographic, cultural, economic and environmental factors among people living in endemic areas in Kenya. Implementation of recommendations from the survey could bridge the information gap: a major step towards complete eradication of menace.

Despite the overall neglect being shown to jiggers, there have been some modest advances in understanding the epidemiology of the disease and, most importantly, in finding the most effective treatment. A proof-of-principle study conducted between January 10 and February 17, 2012 by Marlene et al in rural Kenya compared the topical application of a mixture of two dimeticones of low viscosity (NYDA) to the topical application of a 0.05% solution of potassium per magnate (KMnO4). The results demonstrated that dimeticones of low viscosity (NYDA) were an effective means to kill embedded sand fleas, which could help people move away from using sharp and potentially infected tools to dig the jiggers out of infected extremities. There is also need for further studies to determine the optimum dosage for dimeticone and deliberate efforts to make it both available and affordable to those in need.

Nicholas is an epidemiologist working as a research officer at APHRC. His research interests are in the fields of neglected emerging and re- emerging communicable & non-communicable lifestyle-related diseases, maternal, newborn and child health.