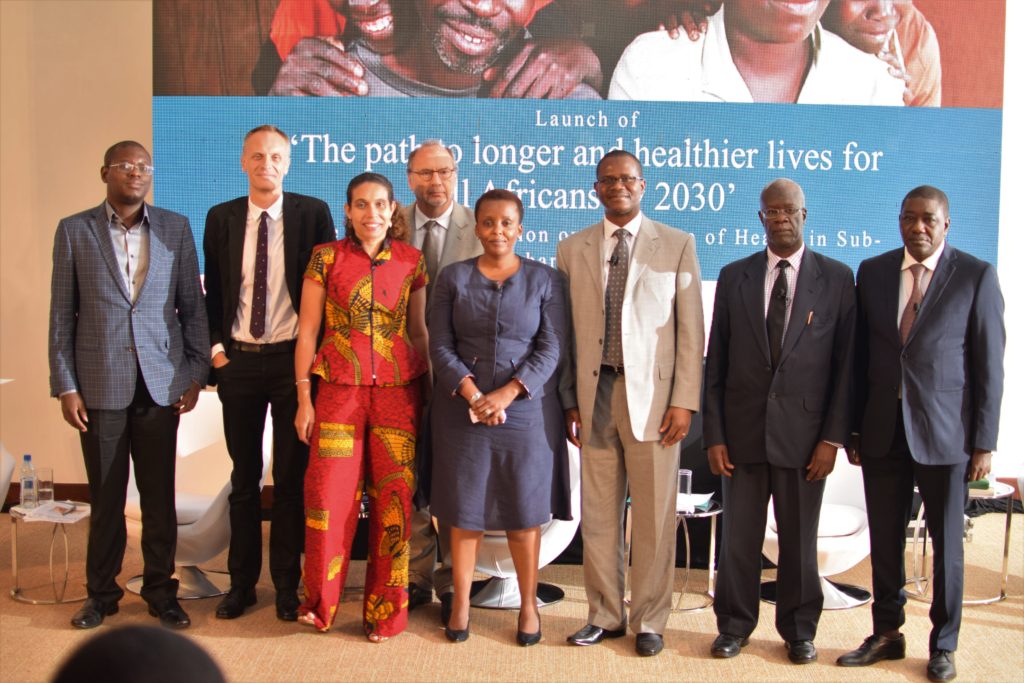 Interview With Richard Horton: Investing in Health isn’t a Moral Case, It is an Economic Case

The Lancet Commission on the future of health in Sub-Saharan Africa is an optimistic lot. A report launched on September 14 personifies this justified enthusiasm. It shows that major milestones in health such as longer life expectancy, drop in maternal and child mortality, successful roll-out of life-saving vaccines, greater control of HIV and malaria epidemics, and the near eradication of polio and guinea worm, are within reach.

This is despite that the region faces a growing burden of non-communicable diseases, with increasing rates of smoking, mental health problems, obesity and diabetes. The number of health care workers do not match up to these challenges.  Out-of-pocket payments for health are a reality for many of the world’s poorest populations, putting care far out of reach.

Speaker after speaker during the launch of The Path to Longer and Healthier Lives for all Africans by 2030 report, nonetheless, embodied the spirit of the Commission. That is, one of evidence-based optimism, with caution. Richard Horton, a medical doctor and editor-in-chief of The Lancet (for nearly two decades) was not any different. We spoke with Horton in Nairobi following the launch of the Lancet Commission’s report at the APHRC campus.

Q: In a nutshell, what is the key message in the launched report?

A: The Lancet Commission on the future of health in Sub-Saharan Africa has been working in the past four years and its conclusion is that this is the best opportunity that Africa has ever had to close the health gap within a single generation. There is no earthly reason why Africa needs to have worse health systems than anywhere else in the world.

Q: Young people will be key to bringing about the changes required. With the youth population under 25 years set to almost double to 450 million by 2050. Is this an opportunity or a challenge?

A: Some people see the demographic changes in Africa as a huge problem that we are going to see the population in Africa grow from 900 million today to close to 2.5 billion by 2050. That’s going to be a huge increase.

The other way of looking at it is, it’s a fantastic dividend for the continent. This about 450 million young people by 2050, think about that, that is new leadership, new workforce, that’s new people to take up new employment opportunities. That is a fantastic human capital for the continent. So the way this commission sees this demographic changes is not as something terrible but as something immensely optimistic.  We are optimistic, with caution. Because we are not going to be able to realize these possibilities unless we have courageous, far sighted policy makers and politicians who seize the opportunities.

Q: But are the systems such as those in health, which would take up some of these opportunities ready? Given that in 2014, 32 countries in sub-Saharan Africa spent less than 3% of GDP on health [in spite of them being signatories to the Abuja Declaration of setting aside 15% of for health].

A: I think we’ve made a mistake in the way that we have seen health over these years. We’ve said that it is a moral responsibility to spend on health, and if you are government and you are getting requests for education, housing, transport, other buildings or tourism. Why should you choose health over any other of those on moral grounds?

The case for investing in health isn’t a moral case, it is not a human rights case. It is an economic case. And an economic case for investing in health has been well set out in many occasions. If you invest in health and in particularly if you invest in the health workforce—nurses, community based health workers, doctors, specialists—if you invest in these then you will create a health economy. That will drive the larger economic growth of the country. So health isn’t just a moral considerations it is an absolutely fundamental economic consideration. Investing in health shouldn’t be an issue for the Ministry of Health, it should be an issue for the Ministry of Finance and the Prime minister or President.

Q: The Commissioners recommend that health systems should stop being about hospitals and individual care based but to consider other alternatives. Which options do African governments have?

A: Two words: Primary care. It all lies with the community and we have to build up community care. And the way that we do that though is not the way that we did it in the West. It is not about more doctors because if we have to wait until we train more doctors, we are never going to have a primary care system in the whole of the 21st Century. The solution, is what we on the Commission for Health employment and economic growth last year called the Community-based health workers. These are people with health training, but they are not doctors, they are not nurses. They have a vocational education, and they can make a big difference. They can be the ones who dispense primary health care in communities. They can build up that group of health workers and that is a doable thing within a generation. Then we have a network of primary care that can deliver transformational changes for health in all African countries.

Q: The report also mentions people-centered health systems. How does that look like?

A: By people-centered health systems what we mean is putting the human back in Universal Health Coverage, or UHC.  It is based on the idea of building blocks of health systems. So you got to have leadership, medicines, health facilities and services and so on. But that doesn’t really take into account of the person. What we are trying to do is to build a health system that serves people, families, and communities. Therefore, what this means is making that service adapted to the local population. I say sometimes, we may not need doctors but may need community health workers, we may need nurses more than doctors. That’s the way we need to think about Universal Health Coverage, what we are doing for people.

Q: African-based home grown solutions and innovations embedded within the realities of each country. What are some of these elements?

A: On home-based, home grown solutions and innovations, we are not only talking about technology like vaccines or medicines, we are also talking about delivery mechanisms and policies. For example, it is very important that the community holds the government accountable for its promises and commitments. Often governments when they have elections, the President or Prime ministers will go round and say, we are going to do this for you and sadly, they don’t do it.

Q: You, alongside the other commissioners, agree that tackling the tobacco epidemic and stemming the rise in chronic disease rates represents a “historic public health opportunity for sub-Saharan Africa.” Having tobacco control on one side and big tobacco on the other. Who is going to win the war?

Tobacco control will win in Africa. It is just that it is going to take time. Our job is to accelerate the time for tobacco control to win. We need to lobby governments, we need to bring the evidence to the people. We need to encourage strong public health campaigns but this is a very important fact that government sometimes don’t realize. If you increase the tax on tobacco not only do you increase the tax receipts back to governments but also you cut tobacco use at the same time. Fiscal measure, dramatic increase in taxes on tobacco are a win-win. More money for government less tobacco use among populations, so governments can do a lot.

A: People living in sub-Saharan Africa need to believe in themselves more. So, do not wait for the West to come with solutions, don’t wait to be told or for aid or money from the West for development assistance. It is in your hands, you have the knowledge. You have the commitment and momentum. You can lead on this. What Dr. Alex Ezeh [APHRC Executive Director and one of the report commissioners] was instilling in people is that you hold the destiny in your hands and that is a very mobilizing and motivating message.