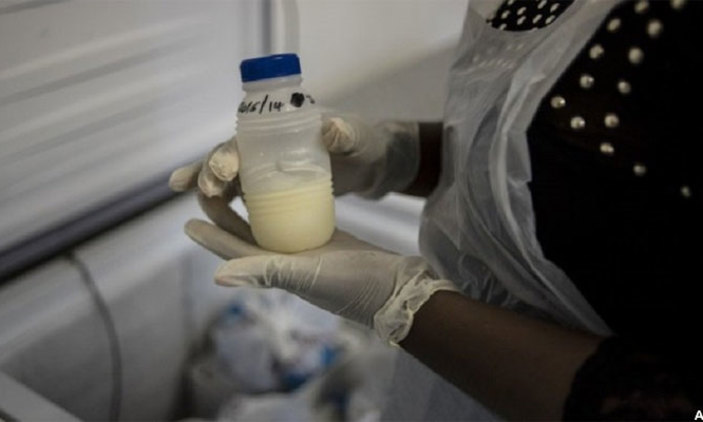 Human Milk Banking: Coming to Kenya, and Not a Moment Too Soon

My friend Naipei is a new mother. Her pregnancy was a time of great anticipation, much like any first-time mother. But when her baby arrived seven weeks premature, that anticipation swung to concern in a heartbeat. Instead of answering the usual questions – boy or girl? What’s the baby’s name? How was the delivery? – Naipei had to contemplate life or death questions during what should be a joyous moment: How long would her baby stay in the incubator? Would she recover quickly enough to begin breastfeeding? Would she even survive?

Luckily, Naipei safely delivered and has since recuperated quickly.    Three weeks later, she delivers her breast milk several times a day to the Neonatal-Intensive Care Unit, (NICU). Her newborn child has benefited from the much-needed natural nourishment, delivered through a nasal tube.

While my friend was able to overcome obstacles to ensure her infant benefited from breast milk, not every baby is so fortunate. Just down the hospital corridor from Naipei was a mother of premature twins was unable to breastfeed immediately after birth—as recommended by the World Health Organization– as she recovered from surgery. Naipei, intuitively feeling the need of the twins, offered her own breast milk. Neither the twins’ mother nor the nurses in the NICU could bring themselves to accept it. Despite the great need, there was clear hesitation.

Breast milk sharing is nothing new. Wet nursing is an age-old practice dating back to 2000 BC, where women breastfed children who were not biologically theirs. It was a common practice in Islamic culture to aid children whose mothers had died, were unwell, or otherwise unable to breastfeed. It was also an element of the upper social class in parts of Europe where women chose not to breastfeed. Societal perceptions and industrialization eventually saw bottle feeding with formula replace wet nursing. Donating human milk is a safe way to share breast milk as it can be processed and provided to preterm children who desperately need it. Recent studies  provide overwhelming evidence that human breast milk is the healthiest option for infants as opposed to formula and other breast milk substitutes, especially for vulnerable infants. In fact, WHO recommends that countries scale up the use of donated human milk to make it more available and accessible to those who need it.

Despite the evidence, public perceptions cast doubt on sharing breast milk. An unpublished study carried out in Nairobi in 2016-2017, by PATH and the African Population Health and Research Center (APHRC) revealed that though many women agree that breast milk is best for children, they harbor valid concerns about in the safety of donated milk in the age of HIV/AIDS, which can be passed to infants through breast milk.

Over 500 human milk banks have been established in more than 37 countries around the world including Brazil, South Africa, India, Canada, Japan, and France. All follow strict protocols for the collection, pasteurization, storage, and distribution of donated milk to ensure its safety. The success of an established milk bank lies in government endorsement and support in breastfeeding promotion, addressing misinformation on the safety of donated milk, kangaroo mother care and now ethical provision of donor human milk for infants in need. This also requires addressing awareness needs of the public.

Plans are underway to bring a human milk bank to Nairobi, as a joint effort between the Kenya Ministry of Health and PATH. It will be housed at Pumwani Hospital, one of the largest public maternity hospitals in the city.  This will require raising awareness among both potential milk donors and recipients to debunk myths and alleviate concerns identified in the study.

It is now only a matter of time before donated breast milk becomes available to vulnerable infants. The expected outcome couldn’t be more worthwhile: 10% of Kenya’s 39,000 neonatal deaths may be averted. In the future, breastfeeding mothers like Naipei will have a sure way to channel their excess breast milk to babies in need.